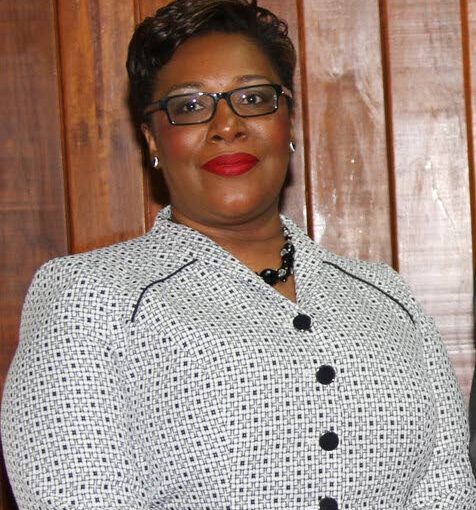 THE Equal Opportunity Tribunal and its chairman have filed an appeal against a judge’s refusal to hear their application asking her to set aside the leave she granted to lay assessor Veera Bhajan over her not being able to take up her position.

On Tuesday, Justice Avason Quinlan-Williams held she hear the EOT and its chairman, Donna Prowell-Raphael’s application to set aside leave together with the Bhajan’s substantive judicial review application when the matter goes to trial next month.

Bhajan was granted the court’s permission to challenge a decision by the EOT and Prowell-Raphael, not to comply with an appointment of President Paula-Mae Weekes and let her take up her position.

The setting-aside application also alleged that the judicial review claim was premature since the tribunal remains inoperable because of the covid19 pandemic and other infrastructural problems.

On Friday, attorneys for the EOT and its chairman filed an appeal against Quinlan-Williams’s order to hear both matters together in November.

The appeal alleges bias on part of the judge. They said their setting-aside application was likely to succeed and the judge was required to first hear it, give a ruling on it and then hear the claim for judicial review if they were unsuccessful in getting her to reverse her permission to Bhajan to pursue her claim.

The attorneys insisted it was not an application to delay the trial, insisting leave should be set aside since Bhajan failed to disclose material facts to the court when she sought permission to take her lawsuit further.

He said it would not be proper to treat the setting-aside application as a rolled-up hearing with the review claim. He said if he was successful then there would be no claim to go forward and the applicant was free to file a new application

“I cannot see conceptually how the claim could continue if leave is set aside. I cannot see how you can hear an application to set aside and the merits of the claim at the same time. It would be unjust and inconsistent.”

In its setting-aside application, the EOT and its chairman have complained that Bhajan omitted to provide the court with pertinent information relating to her appointment and by failing to do so put her at an unfair advantage when leave was being considered.

She was accused of failing to provide her resume to show that she had the requisite experience for the position of a lay assessor.

The tribunal and its chairman pointed to representations made to the President when Bhajan was first appointed that she did not have the ten years of legal experience. It said the appointment was revoked and she was re-appointed on the basis she had a combined ten years of experience in both law and social welfare. The EOT maintains the reappointment was ultra vires.

It also said Bhajan failed to tell the court at the leave stage she was engaged in other paid work despite her saying she had to close down her private law practice to take up the lay assessor appointment.

In support of the argument, the legal action was premature, Prowell-Raphael also went on affidavit to say it was not in dispute that the tribunal was closed and not functional owing to logistical and infrastructural challenges.

It has not been able to hear any matters and the physical building cannot facilitate virtual hearings because it has no internet and does not allow for physical distancing because of its limited space.

Pointing out that a lay assessor’s job was to assist the chairman in arriving at decisions, the EOT and its chairman said there was no duty to assume if there were no hearings.

Prowell-Raphael maintained that Bhajan was told she could not assume duties until the tribunal was reopened and functional.

The setting-aside application said the tribunal and its chairman were being forced to facilitate something it was unable to do. It also complained of scarce financial resources and its chairman has gone begging of the Chief Justice and two government ministers for additional funding and space to hold virtual hearings.

The building at Manic Street, Chaguanas, also has no electrical certification after its meter was removed following an electrical burnout, the application said.

It also said the now non-functional elevator has, in the past, stuck between floors and plans to relocate the tribunal to the Waterfront Centre in Port of Spain now appeared to be in abeyance.

Bhajan, who was born without arms, said after receiving her instrument of appointment, she tried several times by phone and e-mail to contact the tribunal about beginning her work there.

Bhajan maintains she remains lawfully appointed by the President as lay assessor of the EOT and has not been fired nor has her appointment been revoked by any court or by the provisions of the Equal Opportunity Act. She will be asking the court to make several declarations that the acts of the tribunal and its chairman were null and void and go against the law.