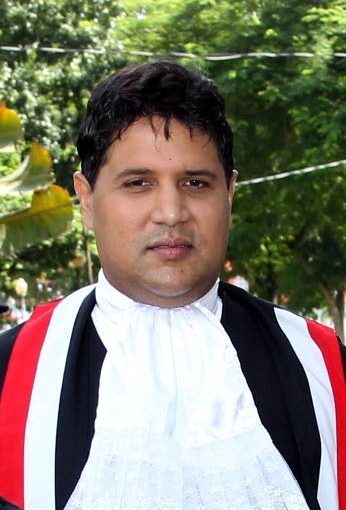 A senior public servant who was denied the opportunity to act as deputy permanent secretary because of a delay by the Public Service Commission (PSC) to backdate her appointment will receive compensation.

In a decision that was critical of service commissions, Justice Frank Seepersad ordered the PSC to compensate Lisa Thomas-Carmichael a total of $500,000 for breaches of her rights and the distress and inconvenience she suffered because of the delay.

In 2006, her contemporaries were appointed senior human resource officers and after a disciplinary issue was sorted out, she queried her appointment and was told by the service commissions department her promotion would be backdated.

Her appointment as director of human resources was expected to take effect from April 2013, however from 2014-2017 the PSC did not correct her concerns. As a result of not being appointed deputy human resources, she was denied the opportunity to act as deputy permanent secretary although several of her contemporaries were able to.

Seepersad had to determine if the PSC’s delay in rectifying Thomas-Carmichael’s date of seniority breached her rights and if she was entitled to relief. He ruled it had and she did.

He said the delay prejudiced her as she was denied the experience and career satisfaction of acting in a higher role and also impacted her financial entitlements and her retirement benefits. “The court appreciates that the PSC may be inundated with paperwork and constrained by the lack of human and financial resources.

“However, given the current size of the public service and the plethora of issues in relation to promotions and disciplinary matters which fall to be determined in 2021, the antiquated post-independence supervisory structure which defines service commissions and their fitness for purpose, may require re-evaluation.”

He said the concerns of the inefficiency and lack of effectiveness of service commissions points to a need to evaluate and assess their utility and relevance.

More modern management systems may be required, he suggested. “Resistance to change is often fuelled by a fear of the unknown and many have viewed service commissions as a necessary buffer against political influence. In theory, this may well be so…”

Seepersad said the “moribund modus operandi of service commissions may no longer be relevant to this society and it may be that the moment has arrived where careful and considered Constitutional reform is required so as to modernise service commissions.”

Thomas-Carmichael was represented by attorneys Kiel Tacklalsingh and Leon Kalicharan while Svetlana Dass and Tinuke Gibbons-Glenn represented the PSC.