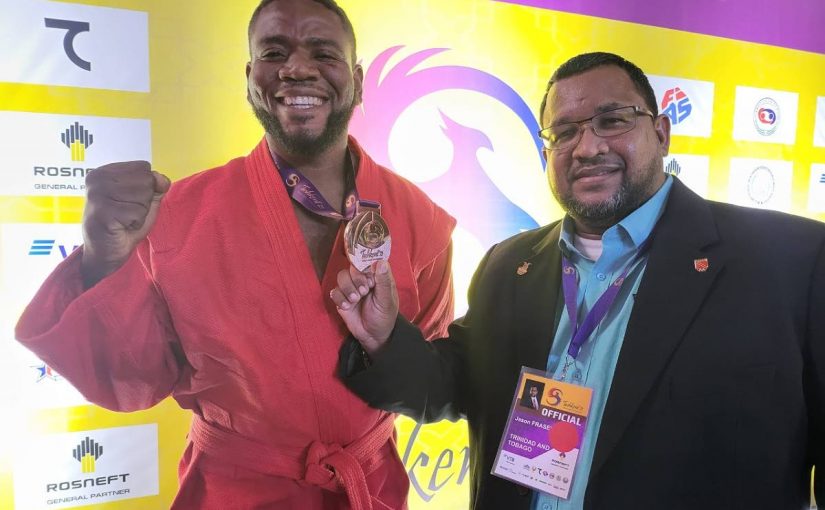 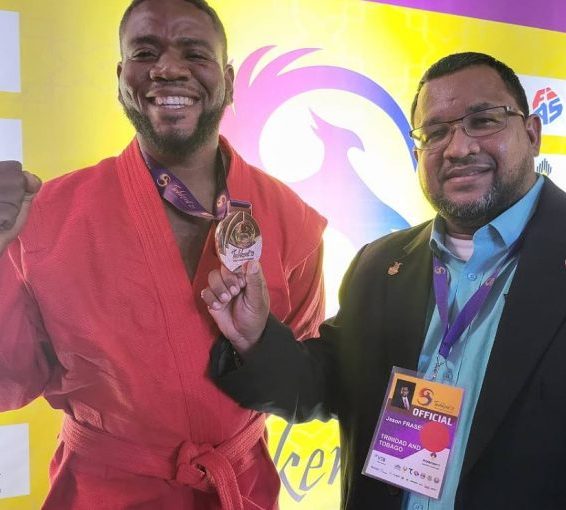 The TT athlete got past Uzbekistan’s Ruzimurod Yuldoshev but lost to the experienced Rasul in his next fight. Rasul is the 2020 Sambo world champion, European champion and Russia’s champion for the past six years.

President of the TT Sambo and Combat Sambo Federation Jason Fraser, who is with Rodulfo in Uzbekistan, issued a statement after the historic feat saying that he believes “that with more resources provided for our national federation more World Championships medals can be achieved successfully”.

Fraser said earning any medal in combat sports competition is a major achievement, particularly at the World Championships level, and owing to the lengthy period of no tournaments owing to the pandemic.

“I’m very proud and pleased as the hard work put in from the training camp and the coaches is finally paid off,” Fraser said.

Coach Warren Gill added, “Jeremy deserved the medal. He worked hard and dedicated himself to the plan. He is a national champion we are extremely proud of him.”

Fraser also congratulated Rodulfo by posting to Facebook, “Very proud of him and our technical director/team coach Warren Gill. (I) always believed that Jeremy (will) medal.”