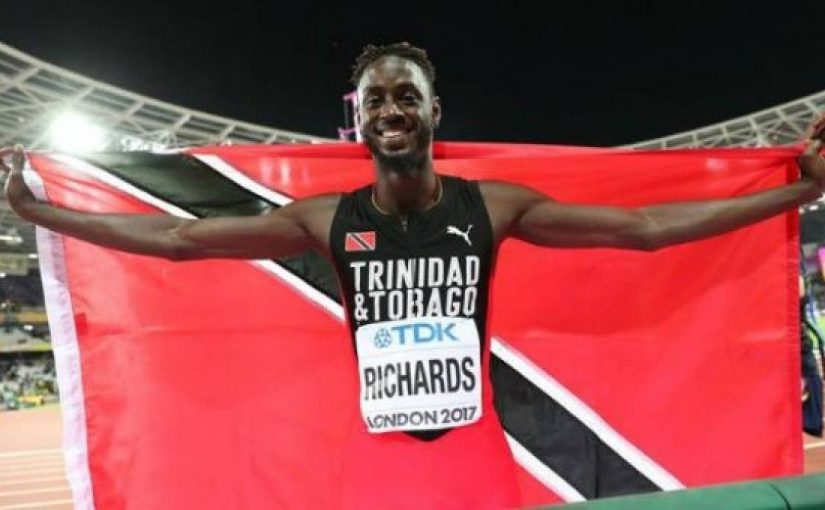 Aaron Brown of Canada took home the gold medal in 20.05 seconds but it was a battle for second place.

Jereem, the 24-year-old national 200m title-holder, produced his trademark late finish to get past Guliyev on the line. Both athletes were timed in 20.09 seconds, but Jereem was awarded silver based on the photo finish.

Prior to the race, Jereem tweeted, “Lord I wanna be used by you today…use me as a successful instrument to motivate others.”

He was in a good mood after the race, thanking organisers for a “great meet”.

He tweeted, “I had a lot of fun and really enjoyed the crowd, much love.”

Guliyev, operating in lane five, was in front after the first 100 metres but Brown, who was drawn in lane four, crept up and took over the lead in the last 80 metres. Jereem, in lane six, also came up strong in the end but Brown was not going to be denied the win. Jereem dipped on the line to get the better of Guliyev.

This was the fourth 200m medal earned by Jereem on the international circuit, showing tremendous consistency since signing his first pro contract in 2017 with Adidas.

On Thursday, in Oslo, Norway, Richards was third in an IAAF Diamond League event, clocking 20.19 seconds.

And, at the 44th Prefontaine Classic in Eugene, Oregon, United States on May 26, the Point Fortin-born runner placed second in a time of 20.05.

Thu Jun 14 , 2018
BELMONT Government Primary School recently got a helping hand from the Hyatt Regency’s staff, who repainted the school’s perimeter walls and stairwells, and power-washed and cleaned stairwells, the assembly area and the guard booth, and other areas. As part of the Hyatt Thrive programme, Hyatt associates around the world come […]