Hair is an ongoing topic, locally, regionally and internationally. Whether it is the subject of documentaries or articles, hair texture, particularly for darker-skinned people, is either a source of pride or shame.

Recently, the second-runner up in the 2017 Miss Universe competition, Jamaica’s Davina Bennett, created a stir with her hair. At the pageant, Bennett wore her natural hair – that is, afro-textured hair – and that apparently simple, straightforward decision caused a flurry of comments in both traditional and social media, especially on Twitter. Comments such as “#MissJamaica #MissUniverse looking like the best thing since sliced bread. Come thru queen” or “#MissJamaica’s hair is giving me life. Representation is everything man” were all over the popular social media platform.

A November 28 article at www.popsugar.com said, “At the 2017 Miss Universe pageant, Miss Jamaica Davina Bennett became the talk of the night for wearing an Afro. She stood out among the sea of blown-out, straight styles you typically see on beauty queens and was celebrated across social media for proudly wearing her natural hair, especially considering the stories that are still heard about women being told their curls are ‘inappropriate’ at work and school.”

Perceptions about kinky/curly and afro-textured hair are well-documented. Chris Rock’s 2009 documentary Good Hair looked at how African-American women perceived their hair and styled it. According to the documentary’s blurb on Amazon.com, “When one of Chris Rock’s young daughters asked him an innocent question about having ‘good hair,’ the comedian probably had no idea just how complicated the answer would be. Turns out that for a great many African-American women (and quite a few men, too), ‘good hair’ means ‘white hair’–ie, straight and lanky – while the natural or ‘nappy’ look is bad.”

Petti’s documentary won her this year’s Trinidad and Tobago Film Festival’s (ttff) People’s Choice Award. The documentary was born out of Petti’s own experiences, as she has experienced negative comments about her natural hair.

Petti interviewed five main people in her documentary. “I had one mixed person and she was mixed with Spanish and black,” she points out. “The others were Trinidadian, but of different hair textures.”

There was a common thread throughout the interviews: a lot of them experienced negative comments while they were growing up about their hair in the workplace, schools and even families.

Petti said of one of her interviewees: “Her grandmother, she is Portuguese, and she (the granddaughter) has kinky hair, but is light-skinned. Her grandmother cut off her hair when she was younger because she did not like the texture of it and found it looked like goat poop. She really ostracised her and made her feel bad about the texture of her hair. A lot of her cousins had curly textures or wavy hair

and she did not have that. She experienced that kind of discrimination.”

Then there was a young man whose girlfriend threatened to break up with him because of her father not liking his hair, she said.

There was an exception in Petti’s documentary., activist and journalist Attillah Springer.

“She experienced discrimination at work, but she had an interesting experience. Growing up, she never felt bad about her hair, but it is only as she got older people started to inform their own opinions. She was so rooted in self-love and love for herself that she was not fazed by it so much.

“But she understands and feels the negative comments that people would give to natural hair and kinkier-texture hair.”

The documentary played to sold-out audiences, much to Petti’s surprise, and also received comments from people who wanted to share their hair experiences with her.

The documentary, which was filmed in March this year and was released in September, first played at Caribbean Tales international film festival, Toronto, at the ttff and then at the Pembroke Taparelli arts and film festival, Los Angeles and will be screened in Barbados in January.

Petti’s desire for the documentary is that it “would assist in making people who would have felt bad about themselves feel a little better.”

For Dr Germaine Williams-Beckles, a trichologist, women with natural afro-textured hair are part of the wider move of women who are comfortable with “the hair that they’ve been blessed with.”

Williams-Beckles told Newsday, “When we speak about natural hair, there are different textures of hair. There is kinky hair, straight hair and wavy hair. There are different categories of hair…but people have been moving away from chemicals, relaxers and weaves.” This, she said, was largely because of the hair loss experienced by women processing their hair.

While Williams-Beckles does not see this as the only reason for the natural hair movement, Zakiya Mills, owner and founder of T&T Na-tu-rals Natural Hair Salon and Hair Loss Treatment Centre, also believes many more women are going natural because of damage done by processing hair, rather than because it’s part of a wider, conscious movement. Mills told Newsday she has seen an increase in the number of women wearing their hair in its natural state since 2012.

“It has continuously been increasing ever since. There are several professional corporate women wearing their hair natural for a number of reasons. The biggest one is hair loss.”

But at the day’s end, as Williams-Beckles said, natural hair “is also a way of people going into their identity and saying, ‘This is me and I am not my hair.’”

The Human Resource Management Association of TT (HRMATT) says one’s hair texture, type or natural colour does not and should not affect an individual’s job chances.

The association commented that some companies set guidelines on hair and might prohibit some employees reporting to work while wearing unnatural hair colours. While, it said, companies’ preferences and standards for work attire and appearance have evolved over time, a company is free and has a right “to set standards for employee’s grooming and dress based on the image it would like to portray to the public – provided that these standards are not discriminatory. Such standards are shared with prospective employees prior to their engagement so that they may determine whether they can conform to same prior to accepting employment.”

Corporate communications specialist Nicole Duke-Westfield, who has worked in the banking and energy sectors, says having natural hair did not affect her career path nor had people responded to her differently as a result.

In a phone interview with Newsday, she said, “I went natural about ten years (ago). In the banking sector, in my role in corporate communications, I have a public face. I did not necessarily experience any sort of undue negativity, or I don’t think my career was hampered because of the way I chose to wear my hair.”

Duke-Westfield said she decided to go natural after she became pregnant with her son and was told the chemicals could affect her child. After having cut her hair, she found having natural hair not only cheaper but easier.

For people of African descent, particularly women, she commented, people got used to seeing them with texturised hair.

“In TT your hair was either relaxed or…for a long time, that was the look. More recently women have put all forms of weaves in their hair. By and large, people have not been accustomed to seeing women wear their hair naturally. We tend to think natural hair can only do two things: go in an Afro or canerow.”

However, in today’s world there are a lot of products one could use to style natural hair differently. Asked if the time had come for companies to look beyond how people groom their hair, Duke-Westfield said, “I have worked in two multi-national companies, and both of them take a very firm view on the question of diversity and inclusion. When it talks about diversity, these companies recognised talent comes from all different places. 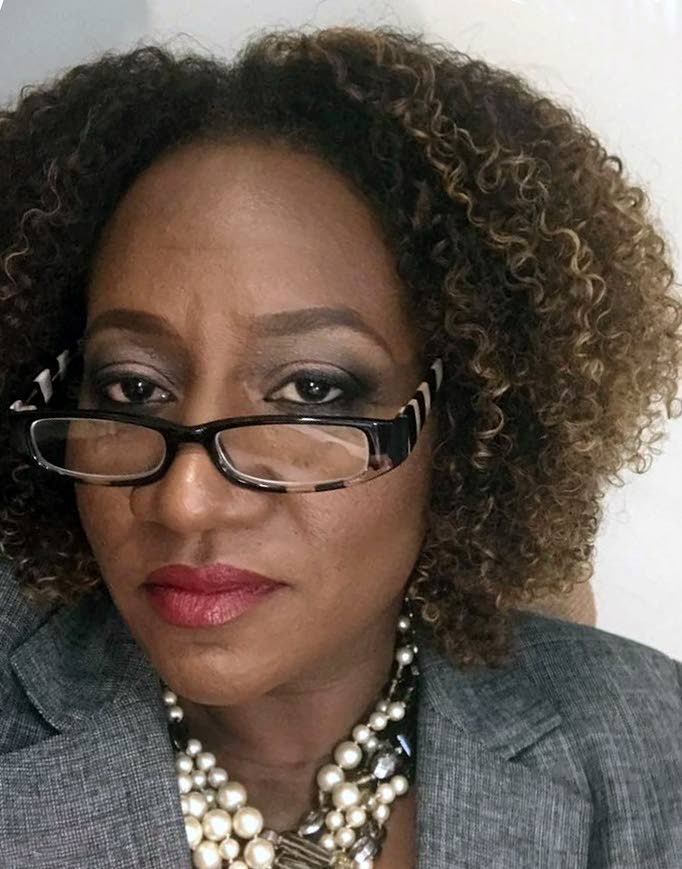 Thu Dec 14 , 2017
GARY CARDINEZ Last Thursday, the King From Hell made an appearance in what could well be the new home of the Studio Film Club at Sages Trapus Bar at 19 Sackville Street, Port of Spain. The King from Hell film highlights some of calypsonian Shadow’s calypso journey. Banyan’s Christopher Laird […]