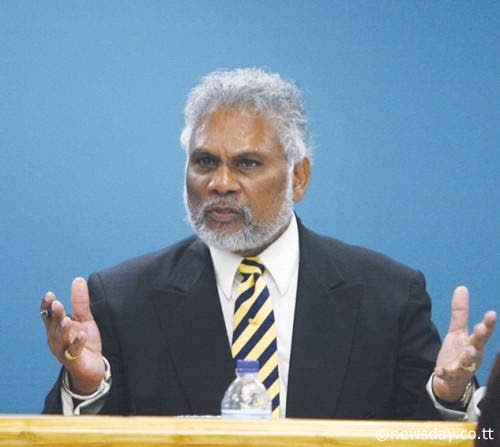 ISRAEL KHAN SC said yesterday’s Privy Council’s ruling was so damning of Chief Justice Ivor Archie as to now empower the Prime Minister to ask the President to trigger proceedings under Section 137 of the Constitution to remove the CJ.

“Although the Privy Council has made no finding of fact regarding the allegations, the committee did state at paragraph 29 that ‘the allegations had such a negative impact upon the office of the Chief Justice and the Judiciary that they threatened to undermine the administration of justice and the rule of law.’

“And it is my considered opinion that this is sufficient for the Honourable Prime Minister to recommend to the President under Section 137 to set up a commission to determine whether to substantiate if these allegations are true.”

While the appeal to the Privy Council has wasted much time, Khan said he was nonetheless heartened to hear that all the grounds of appeal filed by the learned Chief Justice had been rejected by the Privy Council.

“I am now wondering whether the Chief Justice will be paying all these costs of these legal proceedings, as is the normal course of litigants that lose their court matters and especially in light that he had nothing to stand on in bringing these proceedings, and that everything was rejected.”

Thu Aug 16 , 2018
The Beetham Gardens Community Council has sent an official apology to acting Attorney General and MPfor Laventille West, Fitzgerald Hinds, after residents doused him with floodwater when he toured affected areas on Tuesday. The release said, “On behalf of the council and its members the residents of the Beetham Community […]