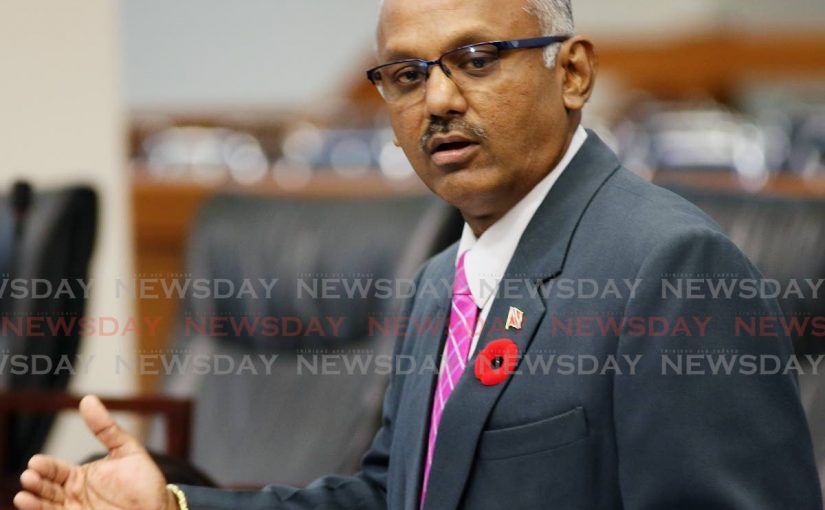 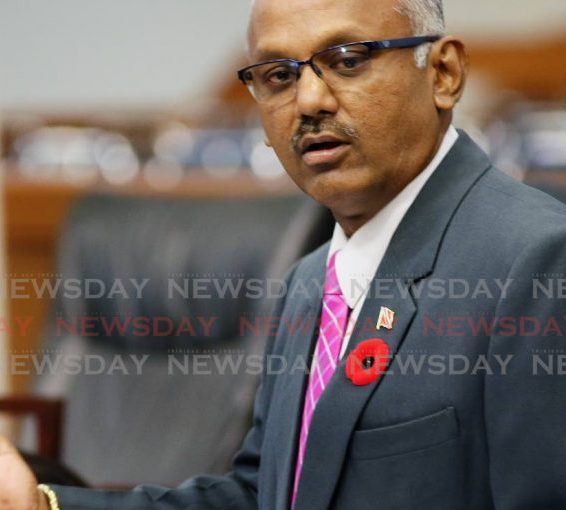 COUVA South MP Rudranath Indarsingh has said Government’s decision to meet with trade unions and business organisations to establish a workplace vaccination policy, seven months after the covid19 vaccine rollout began, is nothing more than a mamaguy.

Indarsingh called for adherence to the guidelines from president of the Industrial Court Debra Thomas-Felix.

At the opening of the 2021/2022 Industrial Court law term Thomas-Felix said there is no legal framework that allows employers to insist on vaccination as a new condition of employment.

Thomas-Felix said there must be consultation between the employer, employees and representative bodies to arrive at consensus on vaccination.

While vaccination is not mandatory, some business owners have insisted staff are vaccinated before returning to work. As Government slowly reopens the economy it is also creating “safe zones” in which only vaccinated people are allowed.

Planning and Development Minister Camille Robinson-Regis and a team representing Government, were scheduled to meet at 3 pm on Monday with representatives of trade union umbrella orgnisations and business groups to discuss a possible workplace policy on covid19 vaccinations.

Robinson-Regis said this approach is crucial to Trinidad and Tobago’s road to recovery from the severity of this pandemic, which has affected all sectors and the general way of life.

Indarsingh said he is bewildered Government is now asking stakeholders for its views on workplace vaccination after restaurants and small businesses have created their own policies.

While this is happening, he said, “stakeholders have been trying to steer their way, in the absence of leadership by the Prime Minister, (and) the Minister of Planning is coming late at the wicket to bat in an innings that is long being played.”

He said Government ought to start by drafting a workplace vaccination policy that will guarantee the protection of both vaccinated and non-vaccinated workers, and make that draft open for public discussion.

“They must be guided by international law and conventions which defend the rights of all people in the workplace, rather than moving surreptitiously to dictate that all persons must be vaccinated in order to make an honest living.”

He said Thomas-Felix’s statement ought to inform the basis of all workplace vaccination policies.

Of Robinnson-Regis’s approach, he said, “This is the same minister who, just earlier this year decimated the National Tripartite Council, which fell under her purview.

“The country would recall that the labour representatives on the Tripartite Council stomped dramatically away from the council, citing concerns over disrespect meted by the Government, a lack of collaboration by the Government, and the shambles in which this government has left the industrial-relations climate.”

Indarsingh who served in the PP administration as a minister in the Ministry of Labour, recalled, “When unions wanted to save the Arcelor Mittal workers, this Government did not want to talk to the labour movement.”

He said Government also reneged on its promise to give the Oilfield Workers Trade Union (OWTU) and its wholly-owned subsidiary, Patriotic Energy and Technologies Ltd, ownership of the former Petrotrin refinery. Bids for the refinery were subsequently reopened.

He cited the decision to privatise the Port of Port of Spain, which he said would put hundreds of workers on the breadline, and Government’s dismissal of the Seamen and Waterfront Workers Trade Union argument that privatisation was not necessary.

He charged, “The Minister of Planning is lazy, lethargic, uninspired and uninspiring, which is why over 60 per cent of the population still refuse to take the vaccines, a clear indictment against the leadership of Prime Minister Dr Keith Rowley and his Government.”