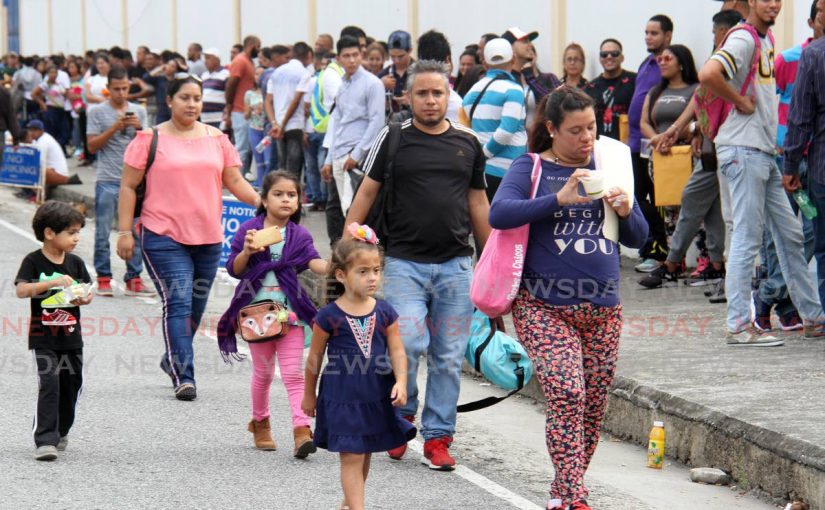 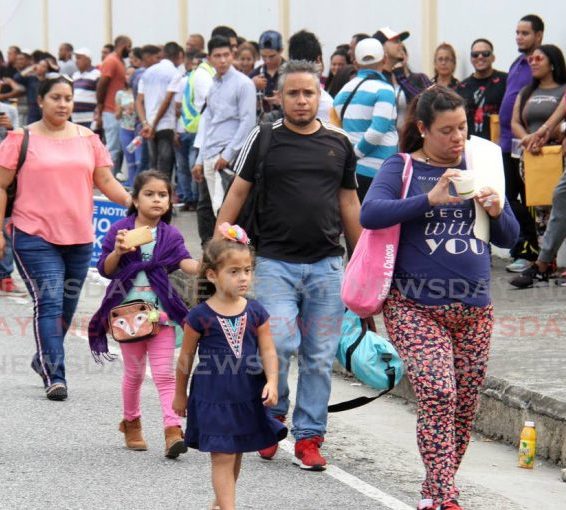 In this file photo Venezuelan families gather outside the Queen’s Park Oval, Port of Spain to register to live in TT in 2019. – PHOTO BY ANGELO MARCELLE

Hundreds of Venezuelans who have changed their phone numbers or lost their registration cards are asking the Immigration Division for more communication to be able to process the renewals of their expired cards.

Since September, the 16,523 Venezuelans who obtained a permit to work and live legally in TT in 2019 have been receiving calls from the Immigration Department to renew their cards.

Those called are told to go to the Immigration building on Henry Street, Port of Spain, where the officers put a sticker with the new expiration date on the cards. Around 50 Venezuelans obtain new documents daily.

However, there are hundreds of registrants who changed their phone numbers and have not been contacted and others who did receive a call, but who have lost their cards.

Luis Games said: “I have delivered all my updated documents every time Immigration requests them – the last time was in March of this year…for the renewal of the cards. But I lost my phone in May and I don’t know what to do now, because they can’t contact me.”

Games said he went to the Immigration department, but the staff member he saw only told him he should wait for the call to his phone number or that of someone he knew.

“In some cases the responses of the officers are not correct or the most polite. There is a lot of misinformation, and no one helps us,” he said.

Then there are those who lost their cards or who never received them.

Cocorite man charged with killing Cascade father of one

Andrés Guarimata told Newsday he had not received a card since registering in 2019, and his brother Carlos, who did get one, lost his a few months ago in a maxi taxi.

He said he had gone to the Immigration office several times and the officers only told me to wait for the call. It’s the same thing they tell all Venezuelans, but in the end they didn’t call me.”

Games and Guarimata agreed the Venezuelan community needs more information and answers from the Trinidadian authorities, as a large community that is having to go through legal and documentation procedures, “and at all levels we need guidance for a better understanding,” Guarimata said.

Newsday tried to contact Chief Immigration Officer Charmaine Gandhi-Andrews, but she did not return messages.

Several Venezuelans told Newsday officials had recommended that they write to the e-mail address: [email protected] They were also told they can go to the Immigration Division on Richmond Street, Port of Spain, to notify the division of new phone numbers.