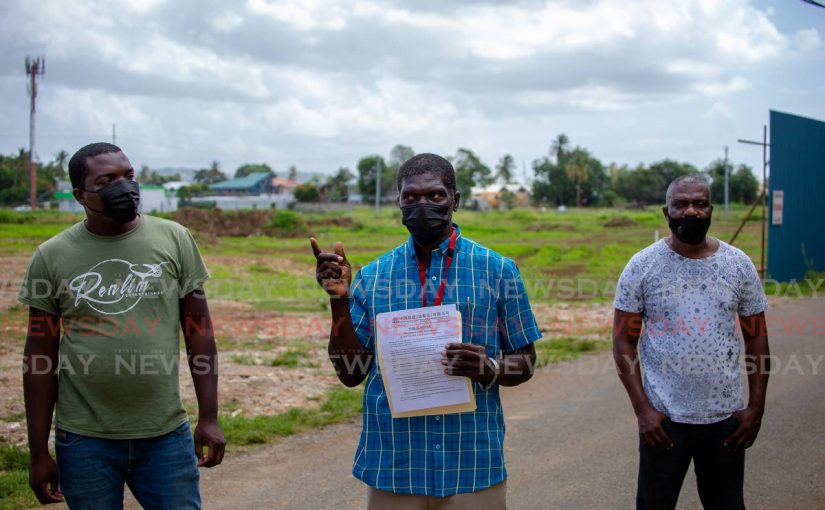 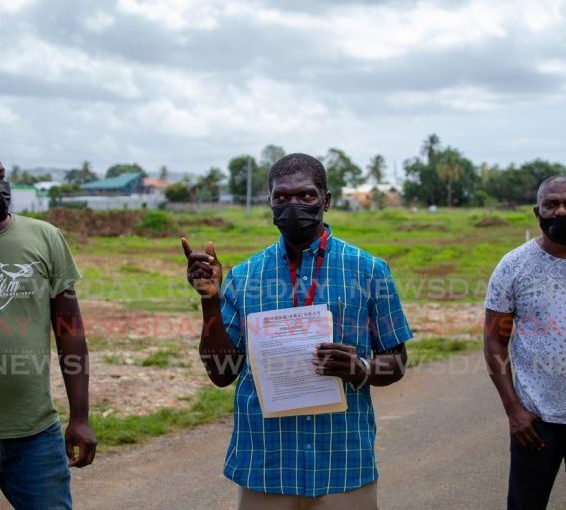 Wolwin Lovell, centre, and two other residents protest the plan to close the south entrance to Silk Cotton Trace before residents are compensated for their properties in the airport expansion project on August 9. – File photo/David Reid

FINANCE Minister Colm Imbert said provisions were made in the budgetary allocation for the Tobago House of Assembly (THA) to compensate people who may have to be relocated to facilitate the expansion of the ANR Robinson International Airport in Tobago.

In response to questions from Couva South MP Rudranath Indarsingh during a meeting of the Standing Finance Committee meeting of of the House of Representatives on Friday, Imbert said, “This is persons who are being relocated from the site of the construction of the new airport terminal in Tobago.”

He said they are “being paid compensation under the Requisition Act. Imbert added, “But the THA saw it fit to provide them with subsidised land in addition to normal compensation.”

Responding to questions from Pointe-a-Pierre MP David Lee about the $30 million allocation for farmland development in Tobago, Imbert said this initiative will revitalise agricultural estates owned by the THA, in order to help the island become more self-sufficient in terms of food production and help reduce the overall national food import bill.

While these estates are owned by the THA, Imbert did not rule out the possibility of private sector partnership to revitalise them. He added this was a matter for the Assembly. He also said allocations were made for continued upgrade of health care on the island. Imbert said this will deal with issues such as the provision of a reliable ambulance service and oncology services to treat cancer patients in Tobago.

The committee subsequently approved a $2,339,155,000 for the THA. Later in the proceedings the committee approved a $29,296,000 allocation for the Central Administrative Services Tobago (CAST)

Before the approval of the latter, Minister in the Office of the Prime Minister Ayanna Webster-Roy said CAST is responsible “for supporting all Central Government business in Tobago.”