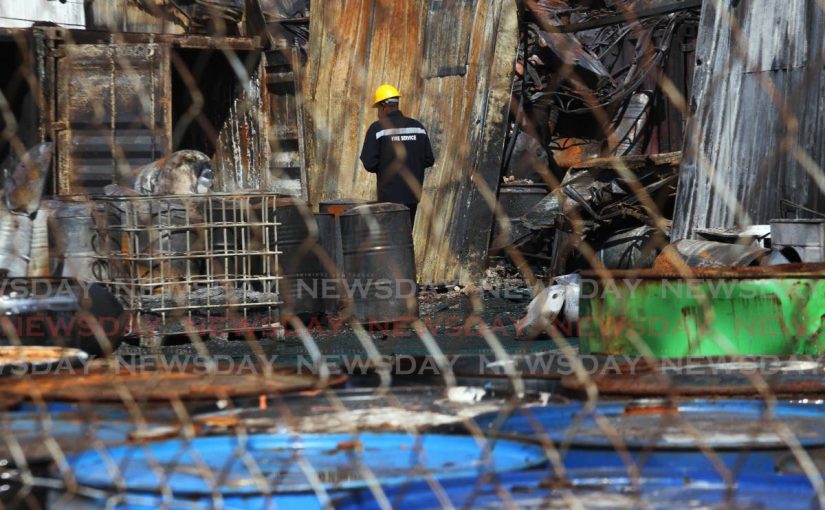 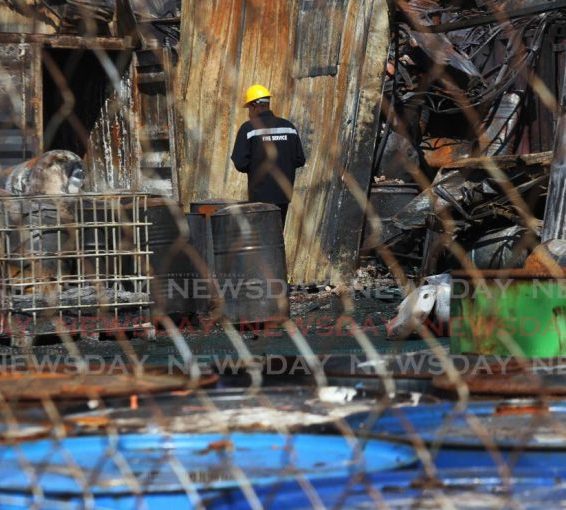 An investigating fire officer was at the scene of Gemini Inks Ltd on Tuesday morning after fire destroyed most of the company’s inventory. – Marvin Hamilton

NATIONAL Security Minister Fitzgerald Hinds said he was satisfied with the response of the Fire Service to a fire at a warehouse on the Gemini Inks Ltd compound in Point Lisas on Monday. He made the statement in response to a question from Couva South MP Rudranath Indarsingh in the House of Representatives on Wednesday.

After expressing his satisfaction, Hinds said, “I am awaiting a more fulsome report on the entire incident from the Chief Fire Officer (CFO).”

He added that while a fire tender and hazardous materials truck were on site to deal with the fire, information provided by the CFO indicated the latter vehicle was not needed.

Responding to Indarsingh’s claims that fire officers did not have proper equipment to deal with the fire, Hinds said no such thing was reported to him by the CFO.

Hinds also said while he maintains a cordial working relationship with the Fire Services Association, he takes advice on matters regarding the Fire Service from the CFO.