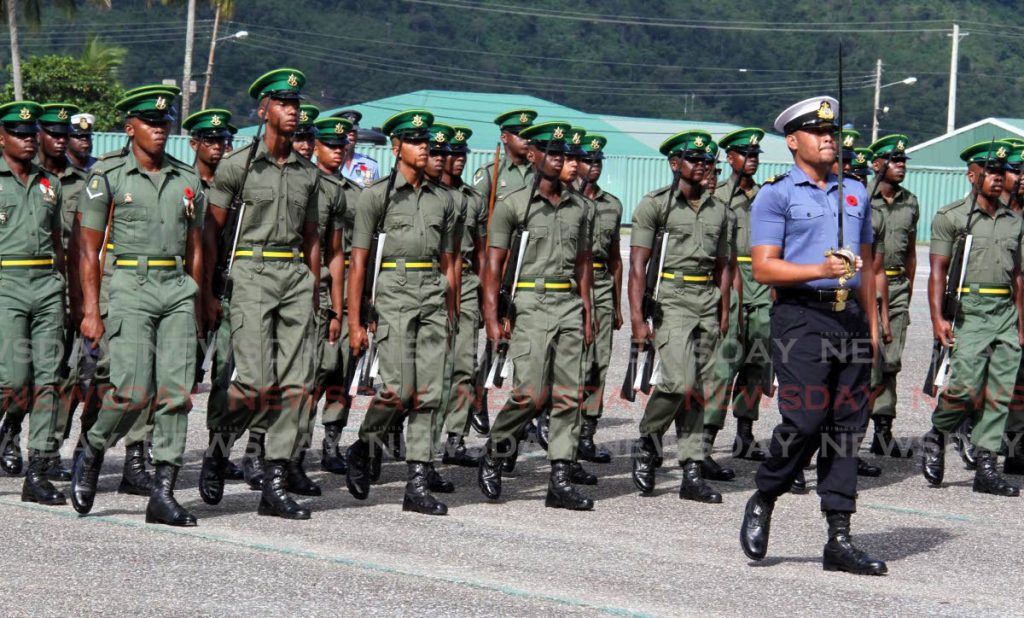 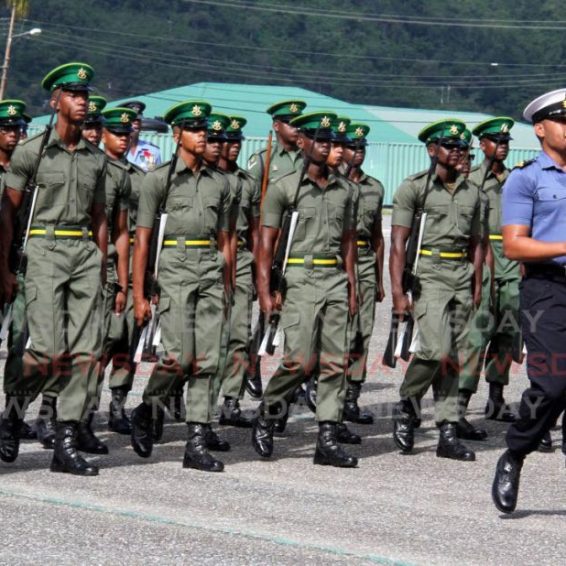 Minister of National Security Fitzgerald Hinds has reminded new members of different arms of the Defence Force to take their jobs seriously and dedicate themselves to upholding the law and serving their country.

During a joint passing-out ceremony for members of the regiment, coast guard and air guard at Teteron Barracks, Chaguaramas, on Tuesday, Hinds called on the recruits to exemplify the founding principles of their respective service branches and be careful not to bring the organisation into disrepute.

Citing an incident in which a soldier was arrested for cursing and dragging a policeman with his car during a roadblock in Port of Spain on Friday, Hinds said such actions were embarrassing to the public, who expected a higher standard from protective services.

“We, the people, are sometimes shocked, surprised, embarrassed and heap criticism on this organisation when unfortunately we hear and read about acts of indiscipline or, worse yet, illegality.

“We know who you are and we know what you do, and we know that you are far more and far better than that.

“The selection process for enlistment into the Defence Force is rigorous and meticulous, and it must be. You all would have satisfied the criteria to be selected into this esteemed organisation to continue your personal development and to achieve your personal goals, those you have set for yourselves.

“Do not take this blessing and this opportunity for granted: cherish it and protect it.”

Hinds added that as an MP and a minister he had received numerous requests for jobs from young people, and the recruits were fortunate to be in a role which equipped them with the skills to progress through life.

He said while the recruits will most likely be assigned to different units and departments within their agencies, they should take their responsibilities seriously and not see it as an “easy end,”

He said they should give their thoughts and feedback to their senior officers when needed.

“I know this is a military domain, but do not be afraid to express your views respectfully and politely, and recognising the order of business. They are valuable, and your leadership will obviously take them into account.”

He commended the instructors and senior officers for guiding the recruits through their training.

He also thanked the Defence Force for supporting the police in different anti-crime exercises during the state of emergency and vowed to continue supporting its efforts through policy and resources.

The passing-out parade featured 170 recruits, who included 105 soldiers, 42 sailors and 23 members of the air guard.

This was the second passing-out ceremony for the year; the first took place in May. Both involved a medical “biosphere” in which instructors and trainees remained at the barracks for their training to avoid contamination by covid19.