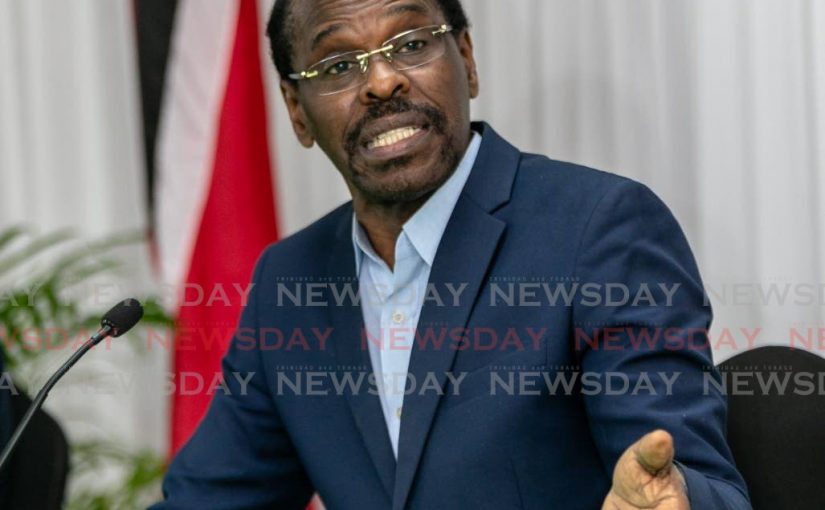 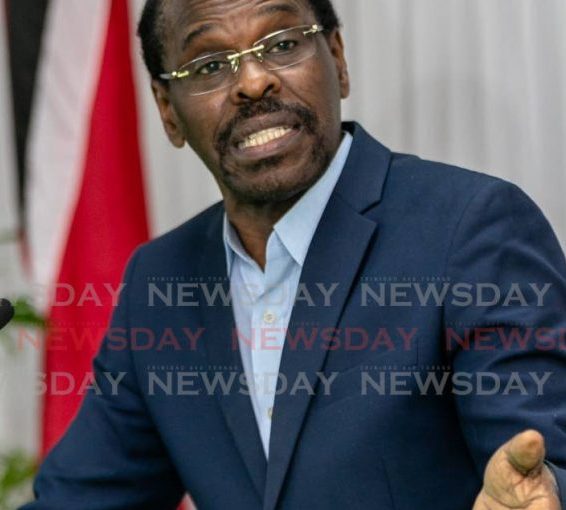 NATIONAL Security Minister Fitzgerald Hinds said there are no manpower issues in any of the agencies which fall under the remit of his ministry.

He made this point in response to claims from UNC MPs during a meeting of the Standing Finance Committee of the House of Representatives on Wednesday, before the committee approved a $2.202 billion budgetary allocation for his ministry.

He told MPs that out of 182 officer posts in the Coast Guard, 116 are filled and 66 are vacant. Hinds said six new officers were recently recruited. Regarding the Coast Guard’s lower ranks, he said 1,437 of the 1,749 posts are filled.

“That is not an issue. Not a problem,” Hinds said as he reminded MPs that the acquisition of these vessels also involved training for Coast Guard personnel to operate them.

He said this was not dissimilar to the arrangements to acquire two offshore patrol vessels from BAE System under the former Patrick Manning administration, which were scuttled in 2010 by the then UNC-led People’s Partnership coalition government.

He rejected claims from Couva North MP Ravi Ratiram that Government had done nothing to protect fishermen in Central Trinidad from pirates and about Coast Guard vessels having no fuel.

After saying he does not base his information on hearsay, “as the UNC does,” Hinds said he has official documentation which shows Ratiram and others agreed with a Coast Guard presence in San Fernando and a hotline for fishermen to use if they are in danger.

Ratiram claimed fishermen only get voice mail when they call the latter.

Hinds countered that maybe Ratiram had “called one of his Venezuelan business friends.”

He also said when a boat with the remains of people allegedly from Mauritania drifted into Tobago’s waters, there was no case of the Coast Guard not being involved in that matter because its vessels had no fuel.

Hinds said while the pandemic created challenges for all entities to operate under, the various agencies under his ministry have been doing their best to rise to meet these challenges.

While there are two forensic pathologists at the Forensic Science Centre, Hinds said the United Nations Development Programme (UNDP) played a key role in the recruitment of a pathologist from India who is expected to begin work soon.

He denied there being a pile up of bodies awaiting autopsy at the centre and added that 25 people have been hired to work in the centre’s ballistics department and that there is n backlog in that department.

After Finance Minister Colm Imbert dismissed Naparima MP Rodney Charles’ claim of having friends in the Fire Service who allege that half of its vehicles are non-operational, Hinds said the Fire Service is well resourced. He said there is an $8 million allocation in the budget for payment of arrears owed to auxiliary firemen.