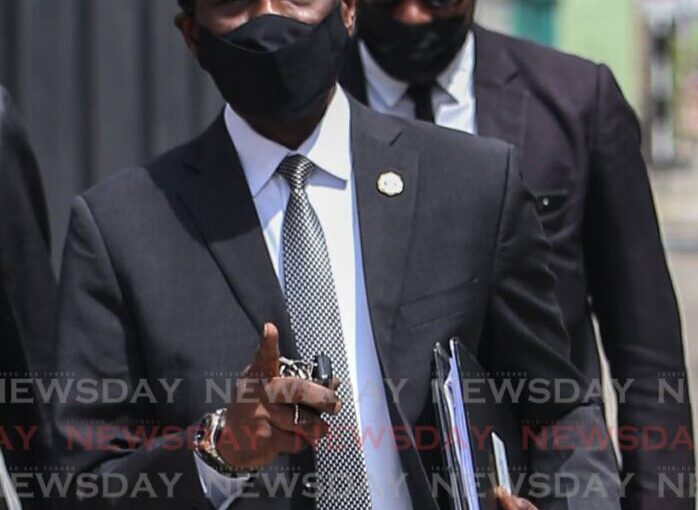 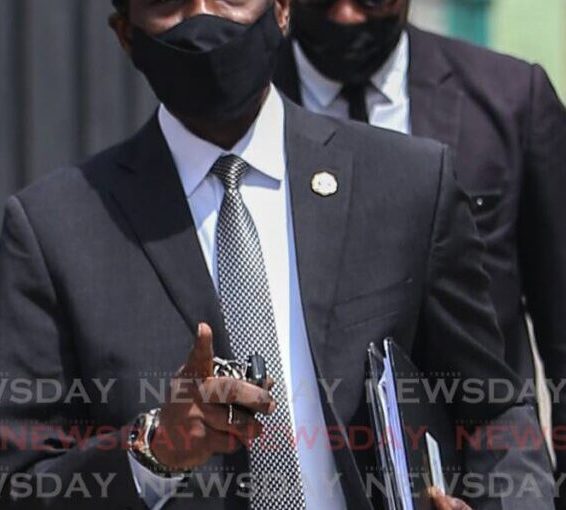 I’M ON IT: National Security Minister Fitzgerald Hinds who says he’s working on appointing a new Inspector of Prisons, a post vacant since 2019. PHOTO BY JEFF MAYERS

MINISTER of National Security Fitzgerald Hinds told Newsday on Thursday he was working assiduously to appoint a new inspector of prisons.

Hinds said, “I am aware the position is vacant as we speak and I am taking action to have it filled. We are trying to find the appropriate person and skill sets, and a person who is willing to take up that position. I’m in the process of working that out.”

Newsday said the question of an inspector arose owing to conflicting statements on outbreaks of covid19 in prisons.

Commissioner of Prisons Dennis Pulchan has denied there is any issue, but prison-reform activists have said there have been outbreaks. As an independent official, an inspector of prisons could ascertain the real facts.

Hinds replied, “I think that’s not so difficult to work out. Covid is affecting the world, and the jail is a part of the world.

“The most remarkable thing about that for me, in the context of TT, is that this Government exerted best efforts and made a vaccine available to every single eligible individual in the country, from 12 years up, and our citizens have not been making use of the vaccines as they should.”

Hinds said he found TT’s vaccination rate remarkable compared to countries such as Panama and China.

“They are having challenges with covid19, but they have 80 per cent vaccination in the case of Panama and 85 per cent in the case of China, and their economies are open and it is business as usual. Their ICUs (intensive care units) and HDUs (high dependency units) are flat.”

He said Panama and China had only a few new cases.

“But the fact of covid in the prisons or in a police station or in a Ministry of National Security facility or in Newsday’s office (for example) is not remarkable.”

Hinds asked the media to encourage people to get vaccinatee, for their sake, their families’ sake and everybody’s sake

“The more we vaccinate is the more we harden the wall against covid19. We’ll have less death and hospitalisation.”

The Prison Act (section 20) empowers the inspector of prisons to “inquire into all matters relating to the prison,” examine prisoners and staff, and inspect all books and papers relating to staff.

The Prison Rules say the inspector must visit each prison once a month. He/she must investigate every complaint made to him by inmates, pay special attention to inmates undergoing punishment or who are ill in the infirmary, and adjudicate on certain complaints against prisoners by the prisons commissioner and then order punishment.