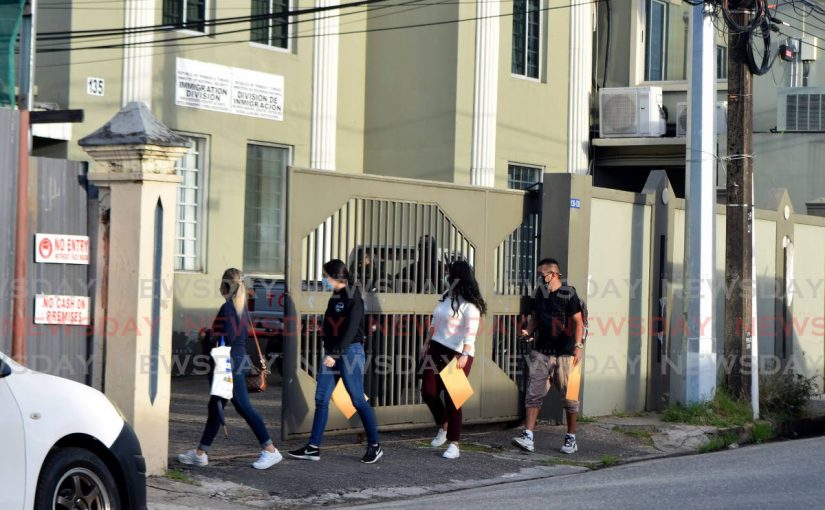 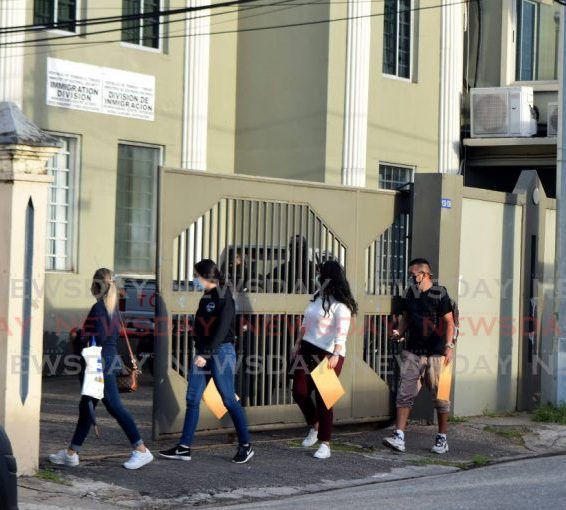 In this file photo, Venezuelan nationals enter Immigration Division on Henry Street, Port of Spain, to drop off re-registration forms and other documents. Photo by Vidya Thurab

THE Government has no long-term plans to deal with Venezuelan migrants apart from allowing them to be registered annually, National Security Minister Fitzgerald Hinds said on Tuesday.

Responding to questions at a media briefing at the National Security Ministry, Abercromby Street, Port of Spain, Hinds said the Government’s policy was “very clear.”

“We offered registration, acceptance of the Venezuelans and other nationals of other countries who were here in 2018. We invited them all to come into our house to remain here, we shall give you rest. We offered that, that’s the policy.”

He added that those who did not take the opportunity or arrived in the country afterwards were “outside of that protection” and will be treated according to whether and when they are caught.

None of the school-aged children registered have been allowed to enrol in the local education system. Asked about this, Hinds said he was aware of the matter as it was brought to his attention “some time ago.”

“I know some of the children are at school and the work is continuing. I know the business of acceptance in schools and places in schools and the issues of if they can speak English or Spanish and mechanics of that, those are matters for the Ministry of Education.”

Told that the children would need authorisation from his ministry to enter the school system and not the Education Ministry, Hinds said: “Anything the National Security Ministry can do in accordance with the government’s policy, you can be assured that I will.”

In 2019, the government approached the Association of Denominational Boards of Education, asking it to prepare school-aged children to enter the local school system.

At least 100 children have since met the criteria set out by the Government and were prepared by the Catholic School Board for entry into primary schools. They have all been left waiting for approval from the National Security Ministry to grant them student visas, allowing them access to schools.

Chairman of the Association of Denominational Boards of Education Sharon Mangroo told Newsday on Tuesday that no child had been given approval up to when Newsday called.

While the children await approvals to learn, some 1,400 migrant students have enrolled in a part-time, parallel education system developed in 2019 called Equal Place.

In October Mangroo told Newsday that Guyana has 740 Venezuelan children inits public schools and asked when this country would do the same.

“I don’t know why we can’t get ours. We are all set, we are ready to take them in, once we get approval, but we cannot move, because that is outside the law.”