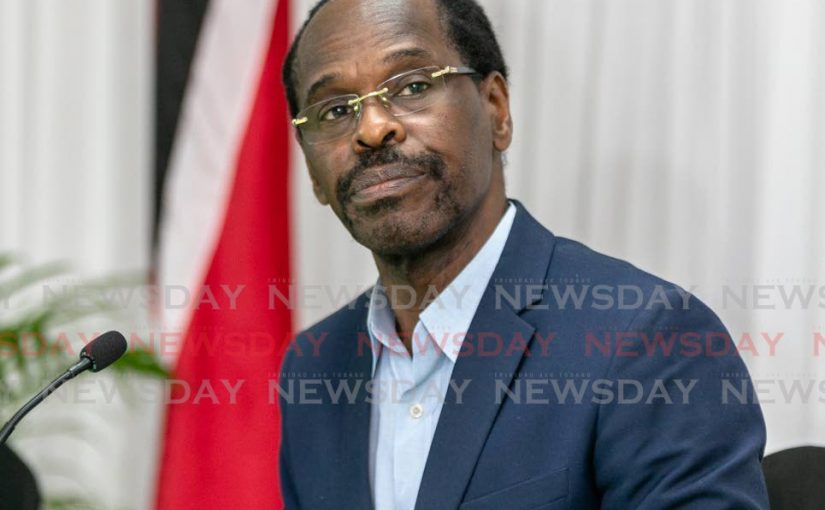 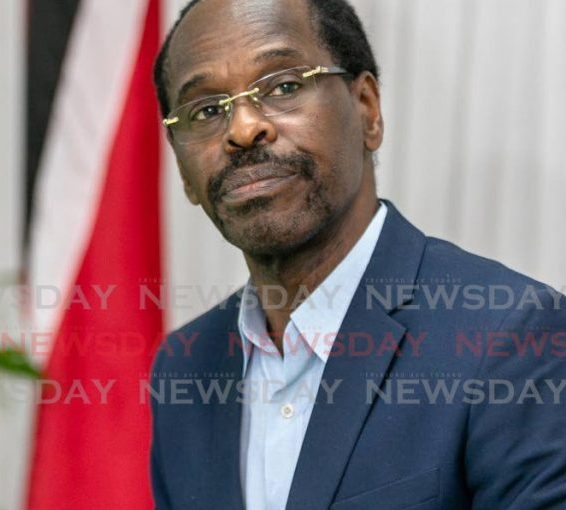 Minister of National Security Fitzgerald Hinds said he was embarrassed when the Prime Minister showed the public the vaccination statistics for various arms of national security.

Rowley added that they and public servants, in general, would be required to be vaccinated by mid-January if they expected to work. If they chose not to be vaccinated, without a valid medical exemption, they would have to remain home without pay.

Speaking at an award ceremony of the Inter-Agency Task Force (IATF) at its headquarters in Aranguez on Saturday, Hinds told IATF members their job requires them to work together in close contact as well as in close contact with members of the public, thereby exposing them to covid19. Therefore, the only sensible decision was to get vaccinated for the sake of their lives and their families.

“I was very embarrassed when the Prime Minister read out, about two weekends ago, for the nation to see the vaccine uptake status of all the divisions of national security. I must say, I was embarrassed…because you see we are frontline operators. We enforce the law. We have to go to the homes still, we still have to arrest the fellow, we still have to train constantly in the first battalion, we have to live with this virus.”

He said an officer died from covid19 on Friday night and as he did not die in the execution of his duties, his wife and children could not receive the comfort of any such financial benefits. He added that the government tried a state of emergency, implemented regulations, and now it was necessary to do more and make government spaces into safe zones.

“No government can sit and watch any situation, whether because of ignorance, fear, misinformation on social media, religious reasons, health reasons, whatever, and watch 35 or so people dying every day and do nothing about it.”

Speaking to members of the media after the function, Hinds was asked his thoughts on the associations of various protective services’ suggesting financial and medical incentives to get officers vaccinated.

He said seeing that vaccination is important in protecting the population and the protective services, he was always open to ideas.

“Once it (a suggestion) comes, we are prepared to consider all things in order to encourage people to take the vaccine but most of all, it is a personal responsibility. So we try to persuade people of the efficacy of it, we try to dumb down the misinformation that would come on the social media and, of course, in the traditional media from time to time, all with the view of removing the reluctance and encouraging human beings to act in a way that is the best defence against the virus.”

However, he hoped the safe zone initiative and the possible loss of income were enough to get public servants vaccinated.

“There are things we recognise and respect that human beings have thoughts and people have different reasons for taking their positions. So it is only our hope and prayer that they would rise above those and protect themselves in this way.”

During his address, acting Commissioner of Police McDonald Jacob said the police lost 23 officers and one civilian staff member to covid19. Only one officer was vaccinated but had several comorbidities, two were partially vaccinated and the others were unvaccinated.

“Ensure and be vaccinated so you can continue doing the good work that you all have been doing over the years,” he urged IATF members.

Saying that the Defence Force has also been losing unvaccinated members to covid19, acting Chief of Defence Staff Dexter Francis also pleaded with soldiers to disregard misinformation on social media, pay attention to “the science,” and get vaccinated to save their lives.

“Let us as service personnel who want to continue to assist our country to find its way out of the conundrum that crime, criminality, drugs and guns have brought to our country by taking the vaccine, giving ourselves a fighting chance so that we can be present to continue to do our duty for as long as we possibly can.”

When asked by reporters how many defence force officers had been lost to covid19, he said, “I’m not prepared to give the exact numbers as yet. We tend to hold that information for the sanctity of the families’ consideration.

“But we have begun to roll out a programme of awareness to convince those members who are yet to give consideration to taking the vaccination in the hope that we would be able to have numbers increase between now and the time that the Prime Minister would have set the deadline.”

Jacob added that the investigation into the woman who first brought the omicron variant into the country and falsified data on her TT Travel Pass was ongoing. Officers were waiting on the woman to complete her quarantine to move forward.

“Without that, we are at a stage where we are just waiting on that opportunity. But (the investigation) would be completed very soon.”