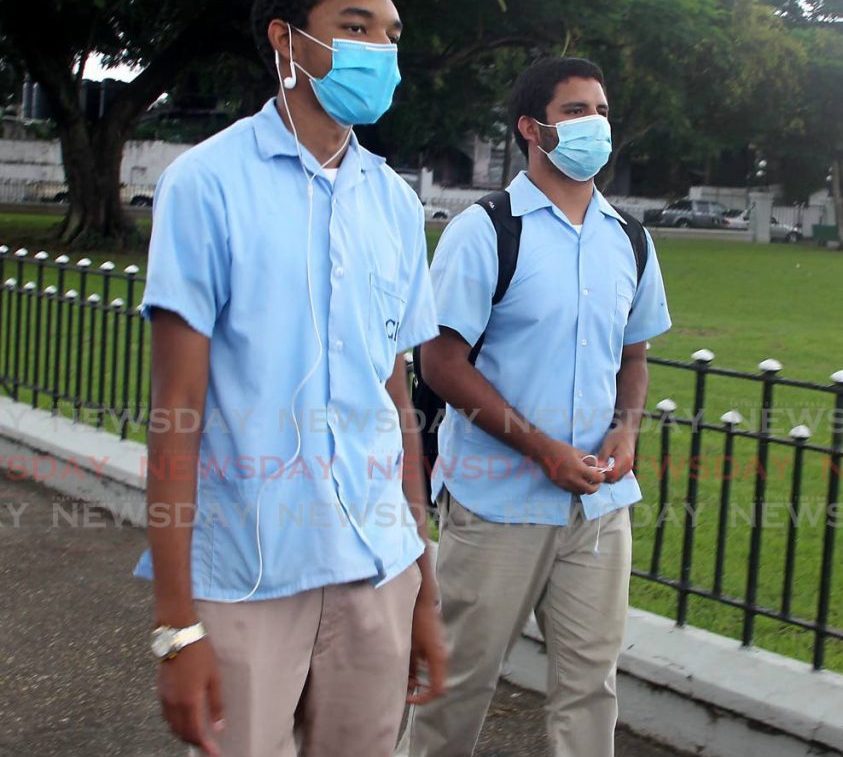 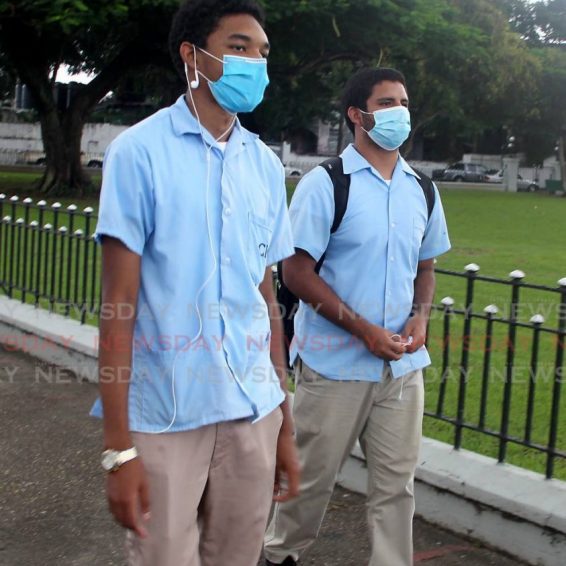 Students from Holy Name Convent Port of Spain, leave after the first day of face-to-face classes. – Photo by Roger Jacob

General secretary of the Sanatan Dharma Maha Sabha (SDMS) Vijay Maharaj and CEO of the Catholic Education Board of Management (CEBM) Sharon Mangroo have said their schools have had a high turnout of forms 4-6 students since Monday.

On October 20, Minister of Education Dr Nyan Gadsby-Dolly announced that all upper school students, whether they have been vaccinated or not, must return to the physical classroom. They returned on Monday.

Maharaj said, “Most students were already vaccinated (because) we had a large turnout anyway. Now, we’re at almost 95 per cent.”

He said, however, a few issues have arisen, namely maintaining social distancing on and off the school grounds.

“Children do leave and go home. Yes, we can control it on the compound, to a certain extent, but not outside, and if anyone sees, they will say it’s happening in the school.”

He said he has also had the occasional complaint from parents of vaccinated students who have expressed concern about their children mingling with unvaccinated students. He said the complaints have not been too drastic yet and the parents are entitled to make their point of view known.

Other than social distancing issues he said there has been nothing to suggest any major difficulties over the return to school.

As for the possible return of forms 1-3 students in January, if all goes well with upper school, Maharaj says, “I think we can handle it, but I believe that we have to look at social distancing, and the Ministry of Health has to give a pronouncement…otherwise we will have to do a ten-day rotation, with physical classes for two days and virtual classes for eight. We really don’t want that.”

He said whatever the decisions, schools will have to “bite the bullet,” because students must come out.

“The majority of (denominational) school boards feel the same way.”

Mangroo told Newsday attendance at the seven CEBM schools was generally high, at 70 per cent.

She said there were no major incidents, but the additional workload for all staff was noted because of the increased need for cleaning, sanitising and supervision of students during breaks, lunch and after school.

“There is also the need for more effective access to substitute teachers to cover absent teachers.”

Mangroo provided data from the CEBM schools that showed 53.8 per cent of teachers from all seven schools were present for class. Of the 1,532 students expected to return, 1,185 were present.

Newsday was told the Ministry of Education held consultations with stakeholders on Thursday afternoon and another on Friday morning.

Maharaj said these were some of the concerns that stakeholders addressed at the virtual meeting on Thursday.

He said schools were promised substitute teachers, whom the ministry has not yet provided.

“We’re hoping by January we’ll have the allotment. Some schools have applied for three-five (substitute) teachers.

“We also discussed funding for sanitising materials. Funds were stopped for the purchase of books, chemicals and labs (which) did not take place during the closure of schools, but all schools need the funding now.”