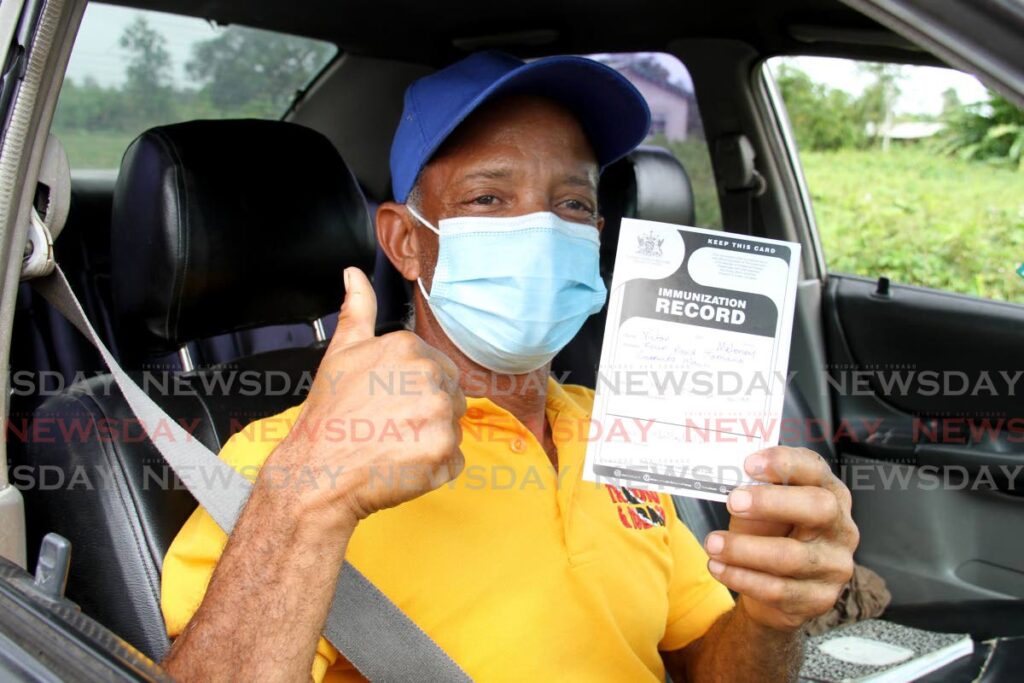 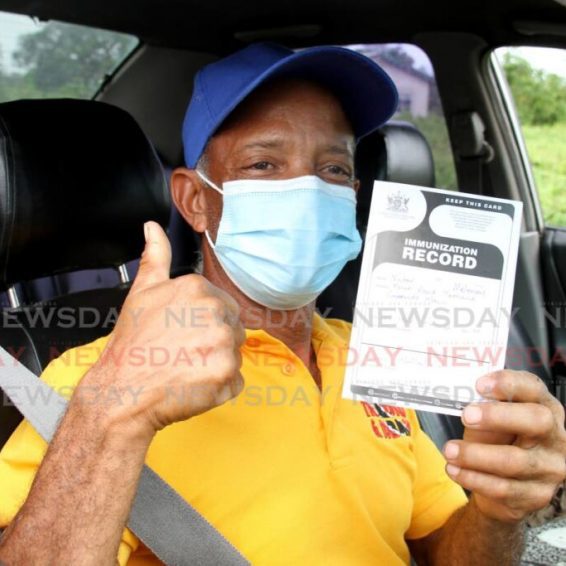 SEVERAL people who went for their covid19 vaccine on Tuesday all admitted to being hesitant at first but decided to take the shot as they noted that the pandemic was not subsiding.

Among the reasons given for deciding to take the vaccine now was that of a woman who said she had lost three family members to the virus.

At the Larry Gomes Stadium in Arima, Samara Brathwaite said she decided to get her booster shot (third dose) after losing three family members in the space of three weeks.

“I wasn’t going to take it (the booster shot) right away, but seeing what happened in my own family made me want to take it now rather than later,” Brathwaite said. She said she felt comfortable with her decision and encouraged others to do the same.

“I don’t believe in forcing people to vaccinate, but I also believe that deciding to get vaccinated is a good choice,” she said.

Many vaccine recipients at the Wallerfield drive-through mass vaccination site admitted on Tuesday to being initially hesitant about taking the shot, saying they decided to wait for some months to see if the jabs caused major adverse side-effects in a lot of people.

“I had to build up my confidence before deciding to take it,” said a man who asked not to be identified. He said he felt okay with the vaccines now, but was not always comfortable with the idea of being vaccinated.

Another recipient, Ravi Sookdeo, received his second dose of the Sinopharm vaccine on Tuesday. He said he was initially sceptical about taking the jab when he read reports of adverse symptoms.

“However, I’m comfortable now,” he told Newsday. “Since you were a baby you’re taking vaccines. This is just an adult vaccine,” he said with a laugh, adding he is willing to return in a few months’ time for the booster shot.

Victor Melony of Four Roads, Tamana said he too was hesitant at first. He was at the site for his first dose. He said he was choosing to take the Sinopharm vaccine.

Victor Melony gives the thumbs up after receiving his second dose of the Sinopharm vaccine at the Wallerfield vaccination site. – Photo by Ayanna Kinsale

“There was talk about blood clotting in the earlies, but I guess there are things you can use for that kinda complication. I am comfortable now to take the vaccine, this covid thing ent easy.”

Melony said as far as returning for a booster is concerned, he will continue to to monitor the pandemic before making that decision.

“I am not rushing it. This is my first dose and I will watch and wait to see how things go. I am not against the vaccine, but I have to be safe.”