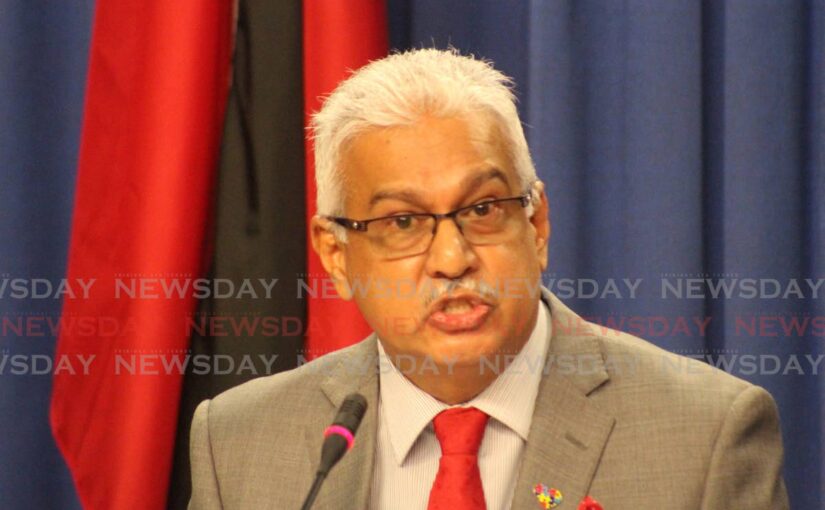 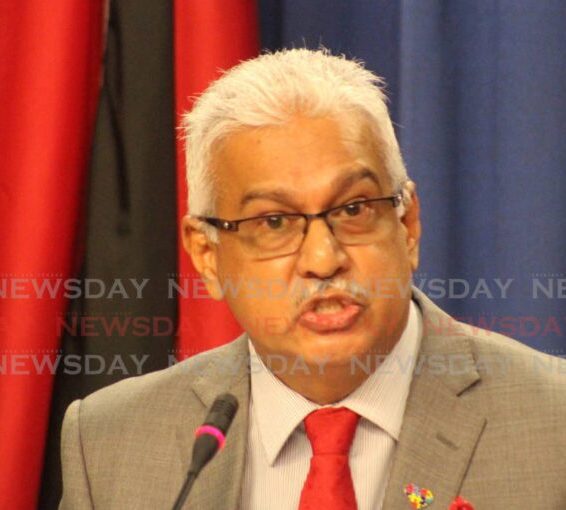 THE Health Ministry does not test the efficacy of any covid19 vaccine itself but relies on the information provided to it by external partners like the Pan American Health Organization (PAHO). All of that information, including recent information provided by the World Health Organisation (WHO), shows there is no question about the efficacy of any of the WHO-approved covid19 vaccines (AstraZeneca, Sinopharm, Pfizer, Moderna and Johnson & Johnson) in terms of providing a layer of protection for people against the virus and its variants.

Health Minister Terrence Deyalsingh made those statements in response to questions from the media during a virtual health news conference on Monday.

“The Ministry of Health has not done any specific study on (covid19) vaccine efficacy. We rely on external research agencies with research laboratory capability.”

He identified PAHO and WHO amongst those agencies.

Referring to PAHO, Deyalsingh said, “We will use their vaccine effectiveness and efficacy data, that they gather on all vaccines for 193 countries, across different socio-economic groups, geographical regions, ethnicity, composition by race and by age.

This, he continued “will give you a much richer body of data to judge vaccine efficacy.”

All WHO-approved covid19 vaccines have gone through a rigorous screening process. Deyalsingh said WHO issued a statement on Sunday about the efficacy of all covid19 vaccines.

In that statement, the WHO said, “The Sinopharm covid19 vaccine was approved by the WHO’s Emergency Use Listing (EUL) process after rigorous evaluation by independent experts. Updated recommendations were published on October 28.”

The WHO said, “Minimal and extremely rare adverse events have been reported since the vaccine’s introduction in the general population.”

In October, the WHO said people 60 years and older who received two doses of Sinopharm can receive a third dose of any EUL-approved vaccine since the initial immune response is not deemed sufficient.

The statement said PAHO and the WHO “reassures the public that all EUL-approved vaccines are proven to be effective in preventing severe disease, hospitalisation and death.”

On Monday, the St Augustine Medical Laboratory refuted a Sunday Express story which alleged that it was paid by that newspaper to analyse the level of antibodies in people who have been fully vaccinated with Sinopharm and AstraZeneca vaccines.

During the briefing, Deyalsingh was asked to respond to claims made by former UNC MP Dr Tim Gopeesingh about the superiority of therapeutic drugs like remdesivir over WHO-approved covid19 vaccines.

“That man just defies logic. We have said clearly that we are using WHO-approved drugs to treat covid19.” With respect to remdesivir, Deyalsingh said, “The drug is now in the process of being registered here in TT.” Discussions have also been held with the University of the West Indies and the North Central Regional Health Authority about using remdesivir as part of the WHO’s solidarity trials on patients in TT.

“That is already in the works.”

Deyalsingh reiterated that drugs such as remdisivir are no substitute for covid19 vaccines. He said a recent statement by Pfizer CEO Albert Bourla underscores the point that the vaccines are the first line of defence against covid19, with drugs like remdivisir being considered when or if someone contracts the virus.