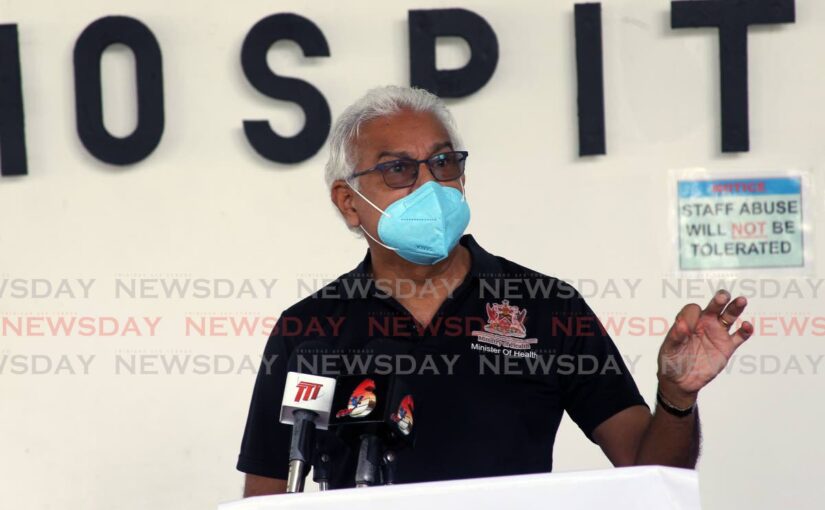 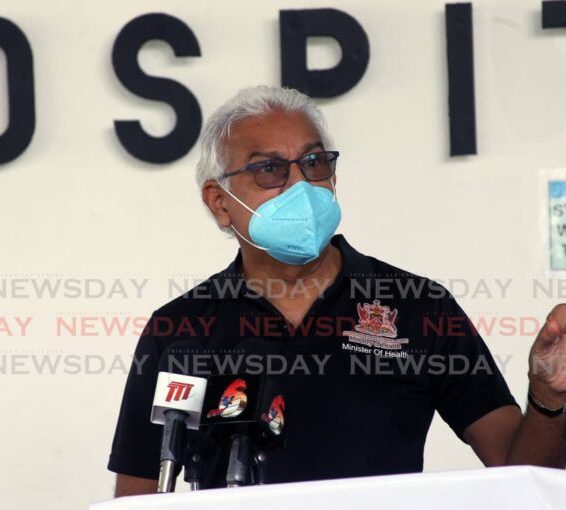 The Association of Funeral Professionals of Trinidad and Tobago (AFPTT) has scheduled a meeting to address the concerns of Freeport residents about the mass storage facility for covid19 bodies planned for their area.

Health Minister Terrence Deyalsingh made the announcement on Friday during a visit to the Augustus Long Hospital in Pointe-a-Pierre.

Deyalsingh said he spoke with AFPTT president Keith Belgrove about reports of concerns raised by resident of Beaucarro Road.

The facility there, which is expected to become functionalise in the next few weeks, is a joint venture with the ministry and funeral agencies.

“He has scheduled a meeting with them at their earliest convenience, and he will be addressing all their legitimate concerns. We cannot and will not turn a blind eye and a deaf ear to those concerns,” Deyalsingh said. “Mr Belgrove has already reached out to them to do this.”

Since Monday, the minister and other officials from the ministry have been visiting covid19 facilities nationwide to thank health care workers for their dedication to duty. He also gave them Christmas cookies.

On Thursday, Freeport residents met Couva South MP Rudranath Indarsingh and voiced their displeasure over the proposed facility. The MP said there had been no consultations.

Asked to comment on the protective services’ proposal that the Government should give them incentives to take the covid19 vaccines, Deyalsingh referred all questions to the Attorney General. He said AG Faris Al-Rawi addressed the issues at press conference on Thursday.

Deyalsingh said his ministry is working with Public Administration and Digital Transformation Minister Allison West to have special special vaccination sites for all public-sector workers.

One site is expected to be at SAPA in San Fernando and another at the government campus in Port of Spain.

Both ministries intend to go “ministry by ministry” to get the names of people who want to be vaccinated.

He again urged everyone to get vaccinated, saying 109 health centres remain open.

“The mass vaccination sites will be closed today (Friday) until Tuesday. Our vaccinators are tired, and they want a break,” Deyalsingh said.

A meeting with the new health secretary for the Tobago Regional Health Authority has been scheduled for next Tuesday, he said.

“But there are ongoing talks at the levels of the CMO, the County Medical Officers of Health, Dr Maryam Abdool-Richards and the team across here. So the talks, advice, help have never stopped (for the people of Tobago),” Deyalsingh said.

Deyalsingh also commented on parties being advertised on social media.

“There are some things that, while not illegal, are not advisable in a pandemic.”

Parties and gatherings, especially with people from different circles, cause increases in cases, he pointed out.

“That is what will impact negatively on the health care system.”