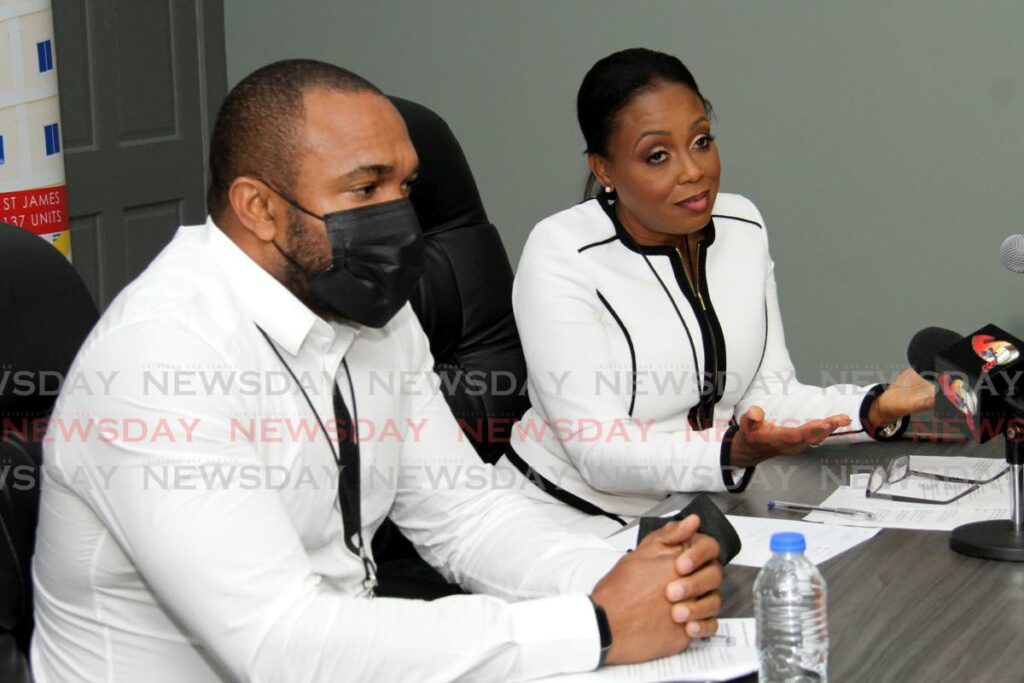 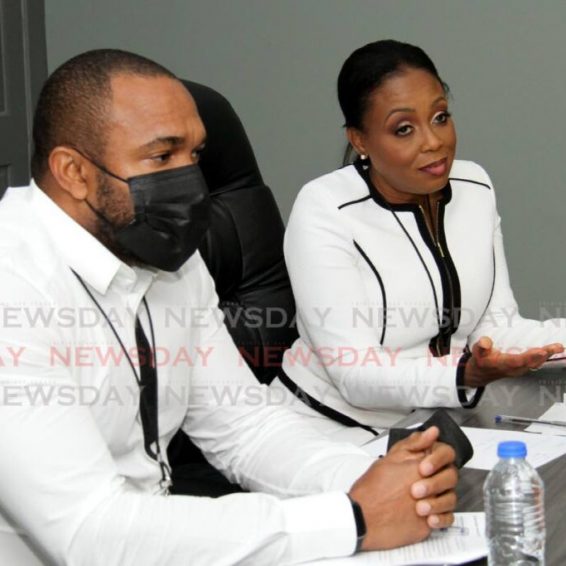 RESIDENTS of the Housing Development Corporation’s (HDC) Vieux Fort development in St James, are fearful of a major landslide.

Vieux Fort has 137 apartment units, in four buildings. The development, at the foot of Fort George, welcomed its first residents in December 2018.

Shekelia Anthony, representing residents of Building D, pointed out that the retaining wall at the back of the property, along Fort George Road, where the land was cut to make way for the building, is too short. This means the building has no protection from frequent landslides during the rainy season.

HDC officials at a press conference on Thursday said tenders had been put out since September for contractors to complete the retaining wall.

The press conference was chaired by HDC managing director Jayselle McFarlane at the corporation’s head office at South Quay, Port of Spain. It was called to deal with specific complaints made over several weeks by Vieux Fort residents.

Anthony, who has lived there since 2019, took Newsday on a tour on Wednesday. She said residents have often had to come together to clear earth that had slipped from the mountainside into the compound, and they continue to do temporary work to prevent the dirt from entering their homes when it rains, as the hill – the same height as the seven-storey building – is only about ten feet away.

She said, “We, the residents, are dissatisfied with the compound’s general upkeep, especially as we pay a monthly maintenance fee of $300 per apartment unit.”

She also listed other problems, such as insufficient parking for residents and their guests, multiplying sinkholes in the carpark and paved areas, no ramps for disabled people, coupled with elevators that have not been serviced since 2020.

She said,
“I know of one elderly lady on the fifth floor that is unable to leave, I don’t see her, but I know she is there because she cannot leave.”

Anthony also pointed out several lifted and cracking floor tiles in the common walkways, along with cracked walls and leaks around the premises.

Asked about recent repairs to a leaking fire hydrant, Anthony said it was only when the issue was brought to the attention of the media that the HDC had repairs to the leak started.

“When the television news came, they (HDC) got on the phone with one of the representatives. They said they are liaising with someone, but we do not know how true this is.”

She said repairs to the hydrant are ongoing, but structural damage caused by the leak still remains unaddressed.

A major cause for concern, she said, is the emergency water lines, which have not been inspected since 2019. She lamented that several e-mails and calls to the HDC from herself and other building representatives have not been answered or acknowledged.

Anthony also complained about water problems as a result of pump valves that have malfunctioned for over a year.

A resident has taken it on himself to address the problem.

“A rep from another building often takes his personal time to go up (to the pump house) when the tanks overflow to turn off the pump so that the carpark in front of it will not flood out, and then he goes back up to turn it back on so we can get water when the tanks are running low.”

At the HDC press conference, McFarlane said “We do not intend to be unnecessarily in the media,” and addressed some of the concerns raised by the residents.

She gave an account of repairs to the tilework completed at a cost of $656,000. She also said repairs to leaking walls have been finalised.

WE ARE TRYING: HDC Managing Director Jayselle McFarlane and Divisional Manager, Estate Management Larry McDonald at a press conference at the HDC’s head office, South Quay in Port of Spain on Thursday. PHOTO BY AYANNA KINSALE

Dane Lewis, HDC corporate communications specialist, said construction of the retaining wall was left unfinished by the contractor before being handed over to the corporation.

However, Anthony said the reason given to residents for this incomplete work, was that funds budgeted for the retaining wall had to be used to install gabion baskets to prevent a neighbouring house from falling into the compound.

Asked about the carpark, McFarlane said the HDC intends to assign parking spaces to tenants, in addition to addressing the developing sinkholes. She also said the elevators in all four buildings had recently been serviced and re-inspected, and the corporation is awaiting the installation of certificates in each elevator.

On trimming the trees she said, “We are addressing this issue and it is expected to be completed in December.”