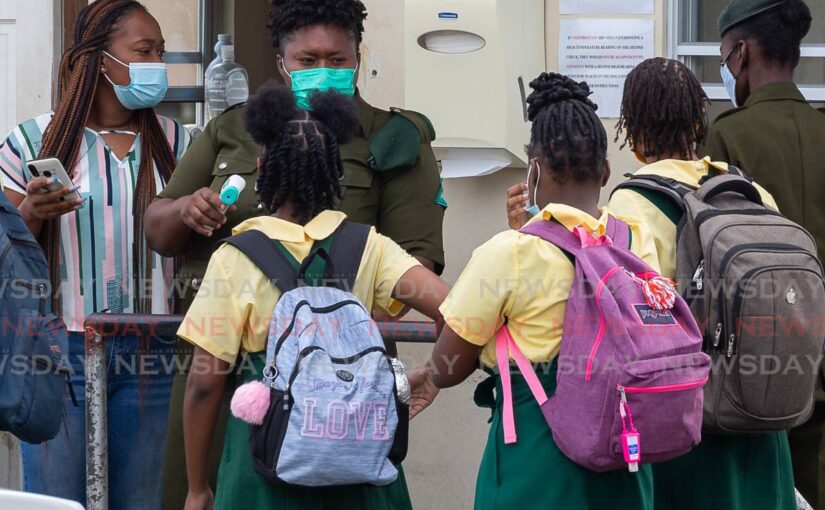 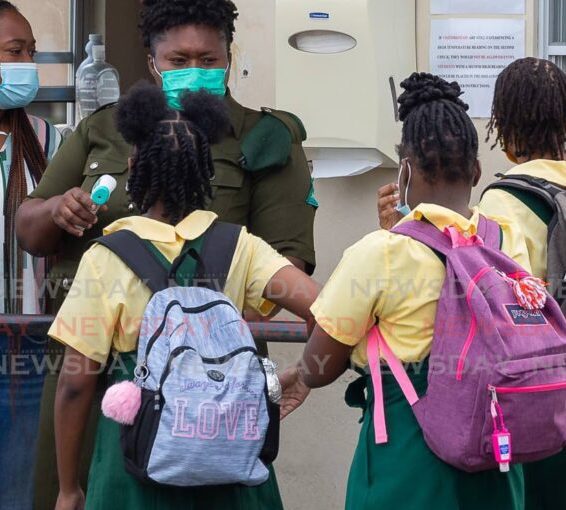 In this file photo, security officers check the temperature of students as they enter the Signal Hill Secondary School last month. – David Reid

She made the claim in a statement issued on Saturday based on a recent survey done by the group.

“Since our schools have closed we have had two major covid surges. There is no evidence to support that keeping the children at home has a negative impact on the trajectory of the virus in the population.” Ali Ghent said.

“Many researchers now suggest that the risk of transmission in the school setting appears to be lower than or equivalent to the transmission risk in the other community settings.”

While Open Schools TT recognises the Government’s first steps towards reopening schools with the recent return of all forms four to six students to physical classes, Ali Ghent said not enough urgency is being placed on getting the rest of the school population back in school.

Ali Ghent cautioned that the return to the classroom will require a period of adjustment that will impact the learning process.

One of the group’s founders Lara Littlepage said successful online schooling requires a higher level of collaboration with parents than traditional schooling. But she said as the economy has reopened, parental involvement is declining as parents have to return to work (outside of the home).

“This is having a tremendous ripple effect.”

The group intends to launch a second survey in the coming weeks targeting principals and teachers to assess the readiness of primary schools, kindergartens, and early childhood care centres to reopen safely during the pandemic.

The group’s last survey reportedly said 72 per cent of those surveyed indicated that they are willing to send their children back to school with appropriate hygiene protocols in place.

The government has signalled the physical return to classes for forms one to three in January.