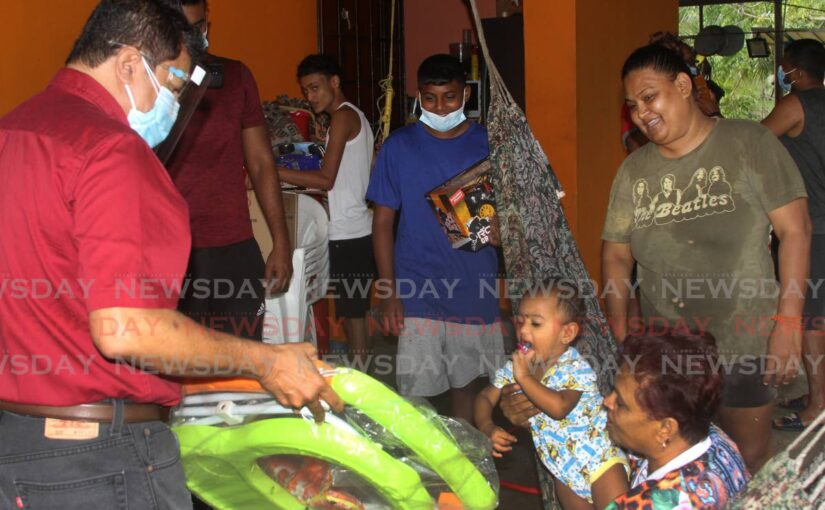 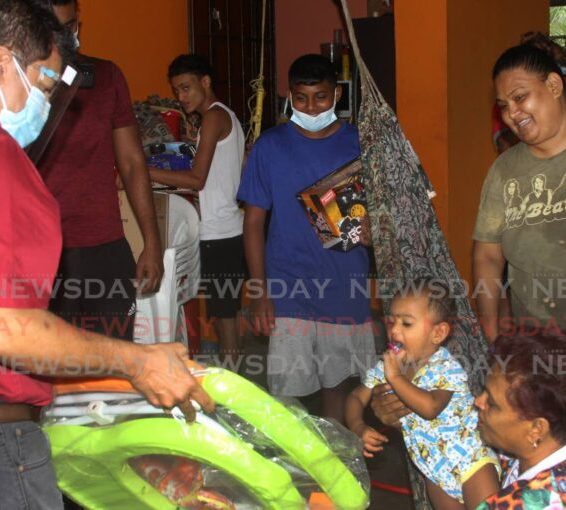 Several Good Samaritans, including Fyzabad MP Dr Lackram Bodoe, have stepped in to help the Choon family . who were left homeless on Thursday by a fire.

On Friday, the MP visited the family of five adults and five children, and gave them some food as well as toys. Bodoe said members of the business community in the constituency supplied the items.

“That is the short-term assistance. The initial effort is just to try and provide some support in terms of groceries, clothing and other items,” he said.

“On Tuesday, I will try and engage the relevant state agencies which can provide help in situations like this. I want to try and co-ordinate efforts to see if we could rebuild some sort of shelter for them the on the site. That would depend on corporate help.”

Bodoe said he messaged Social Development and Family Services Minister Donna Cox on Thursday about the fire and she responded and promised to send staffers to meet the family.

Relatives said the fire broke out mid-morning at the two-storey house at Ackbar Trace, off Siparia Old Road in Fyzabad on Thursday .

The family spent Thursday night at the homes of relatives in the area.

The mother of the family, Parandaye Choon, 56, was powerwashing the ground floor, which was under renovation, when one of her grandsons alerted her to the fire. She ran upstairs and saw the flames, which spread quickly.

She lives with her two adult sons, their wives and their five children, who ages range from 11 months to 12 years.

“The panel box upstairs was on fire.

“Everything happened so fast. The baby was downstairs and some workers from the Siparia Regional Corporation were nearby. They helped grab up a few of the baby items. Everything else was destroyed,” a relative said.

Choon’s two adult sons, Ricky and Vicky, were at work when the fire broke out. Ricky, a funeral home worker, was at a funeral.

On Thursday, the family had planned to go Christmas shopping.

The cause of the fire has not yet been determined. Investigations are ongoing.