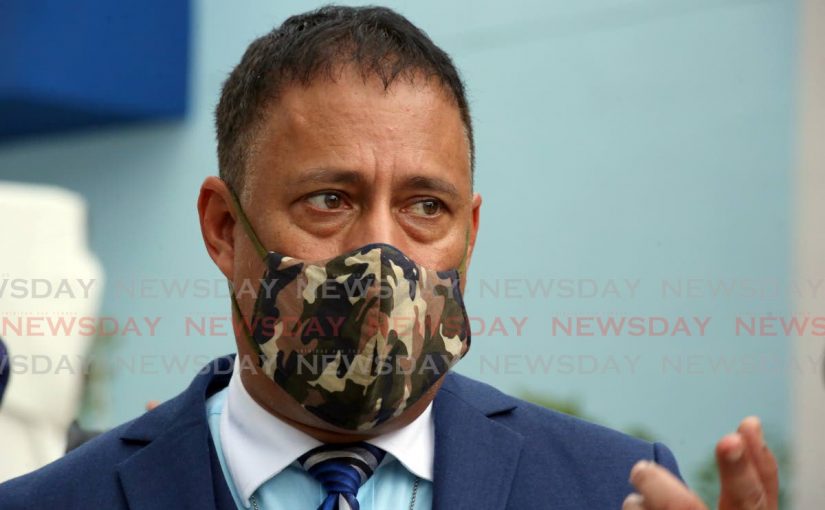 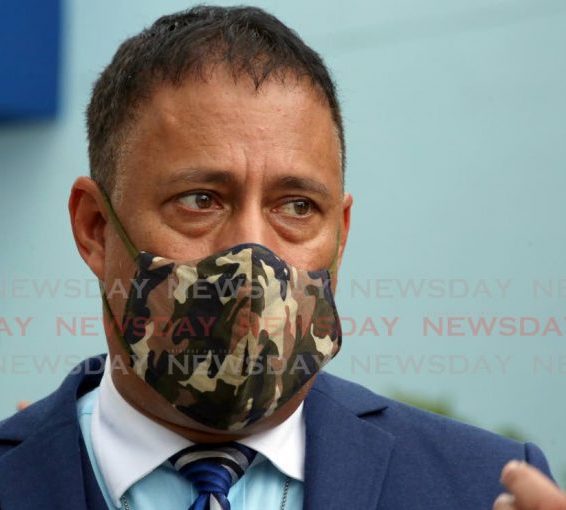 Gary agrees to go: Ex-CoP to step aside for PSC probe

FORMER Police Commissioner Gary Griffith has agreed to “step aside” for the Police Service Commission (PSC) to do its investigations.

Newsday was told that Griffith was “not resigning,” but has agreed to go on voluntary leave to facilitate the investigation. It was also agreed that the PSC will rescind its August 17 notice of suspension.

This follows intense discussions between Griffith’s attorneys and the PSC on Thursday.

Griffith also publicly said he would be willing to stand down to facilitate the investigation.

“This is not about me. I never wanted, nor will I ever, want a job to the point that I am prepared to damage the country of Trinidad and Tobago to get it.”

He is also expected to make a comprehensive statement on Saturday at a press conference at the Police Administration Building in Port of Spain at noon.

An invitation from the police service’s communications unit said both Griffith and acting commissioner McDonald Jacob will be present. Both men were referred to by the prefix “Mr” and not their designations in the police service.

Griffith was appointed to act as commission from August 17, when his three-year contract ended. Government has since been advised by retired judge Justice Rolson Nelson that this appointment was unlawful, since it required parliamentary approval. The acting appointment of McDonald Jacob was lawful, Nelson suggested, since he already serves in the police service.

The Prime Minister also admitted to the error during a post-Cabinet press briefing on Thursday, and the government is now drafting an amendment to Legal Notice 183 and intends to convene Parliament shortly to fix the error.

Griffith’s suspension was on the basis of the investigation initiated by the PSC on September 1, headed by retired Justice of Appeal Stanley John, into allegations of corruption in the issing of firearm user’s licences; and the police handling of an incident at sea involving Christian Chandler, the head of the police legal unit.

Chandler has been sent on leave and the office of the DPP is working with the police on the criminal probe.

Griffith was expected to resume duty on September 21, but was put on suspension. He then took the PSC to court after the PSC missed a noon deadline to rescind the notice.

Since Griffith’s suspension two Fridays ago, one member of the PSC, industrial relations consultant Courtney McNish, resigned. He was said to be unhappy with the procedure used to issue the suspension notice.

Fellow PSC member Dr Susan Craig-James has also reportedly spoken of the way the suspension was handled. In an e-mail to PSC chairman Bliss Seepersad, Craig-James suggested  the chairman unilaterally decided to suspend Griffith and ignored the advice of the other members to speak with him and ask him to step aside. PSC member Roger Kawalsingh also wrote to the chairman in an internal e-mail which was made public, also speaking out against the process adopted.

Griffith said on Friday he was not fighting for power. He said he did not want his name tarnished, as the suspension gave the impression there was a measure of guilt involved.

He said the suspension was fuelled by “hearsay and the view of a one-man minority report,” adding that at no time before his suspension did the PSC ask him to respond to any allegations.

“My fight is with the process and with the fact that the PSC’s action was a direct attack on my integrity. Would anyone appreciate being accused of a serious issue based on hearsay and bacchanal? To this day as I write no one in the PSC has asked me to answer anything.

“I was just given a suspension letter signed by the chairman with no explanation as to why. I was therefore placed in a situation that was untenable and I could not just sit back and allow this to happen.”

He said he had no fight with the Government or any independent institution.

“My position is actually quite simple. What is best for TT is what I support.”

He said he believed he could contribute as commissioner, for which, he said, he was qualified, and had reapplied for the job when his three-year term ended.

“It’s not easy being Commissioner of Police. No one likes being threatened every day or having to send their family abroad to preserve their safety.

“Trust me when I say that this is not a life anyone would ‘fight’ to have (assuming they are doing it properly). I do it because I believe I can impact change. It’s a personal sacrifice.”

He said if at the end of the selection process for a new top cop, he was not chosen, he would continue to contribute to TT in another way.

He also said the independent institutions of the police service, the PSC, the Office of the President, the Parliament and Judiciary were “bigger than Gary Griffith.”

“I therefore have no desire to be part of anything that leads to the tarnishing of these and other national institutions.”