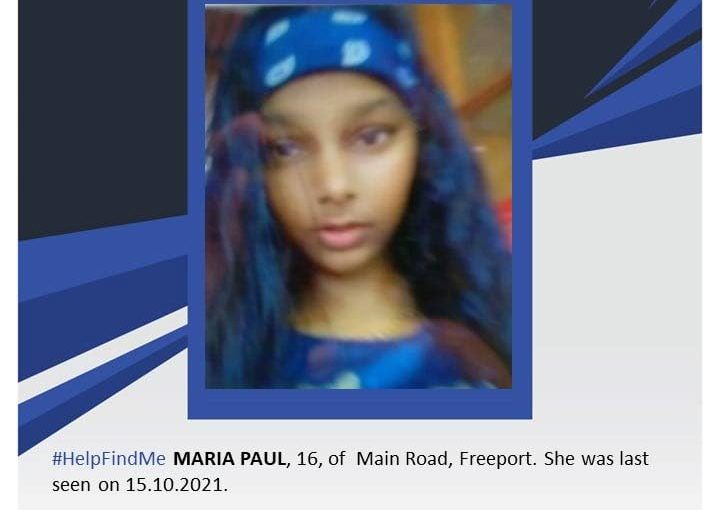 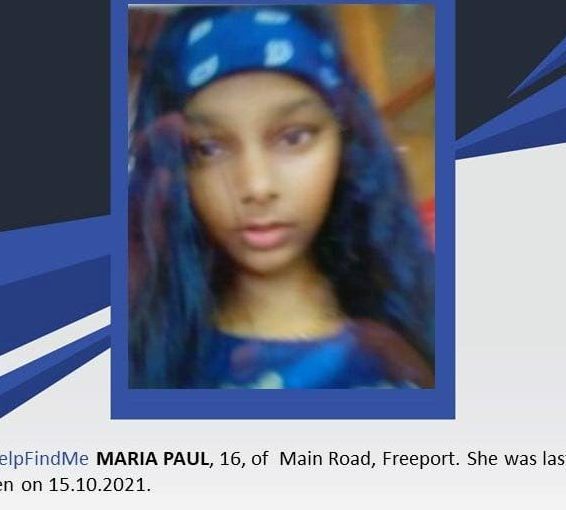 Police are once again searching for 16-year-old Maria Paul.

A police release on Tuesday said she was last seen on October 15. The release didn’t provide any further details of her disappearance.

She lives on Main Road, Freeport.

Paul was previously reported missing by her father on August 26.

A police release at that time said Paul is of mixed descent with a light brown complexation and slim built.

Anyone with information on Paul’s whereabouts is asked to contact the Caroni Police Station at 662-4291, the police hotlines at 999, 555, or make a report via the police website or app.