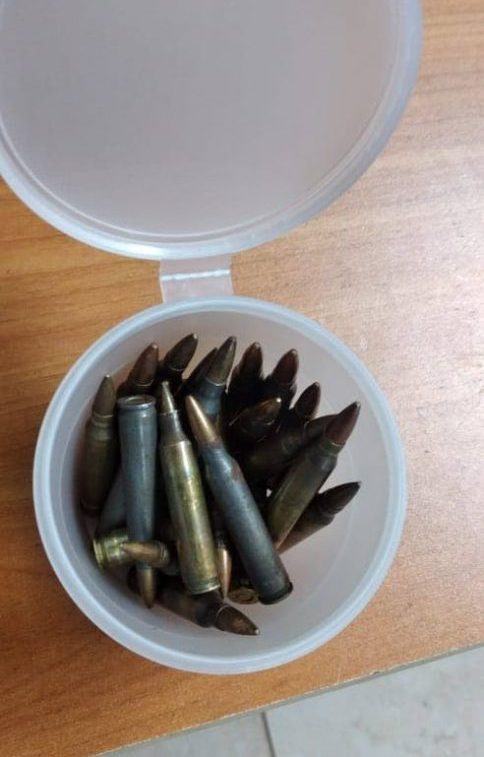 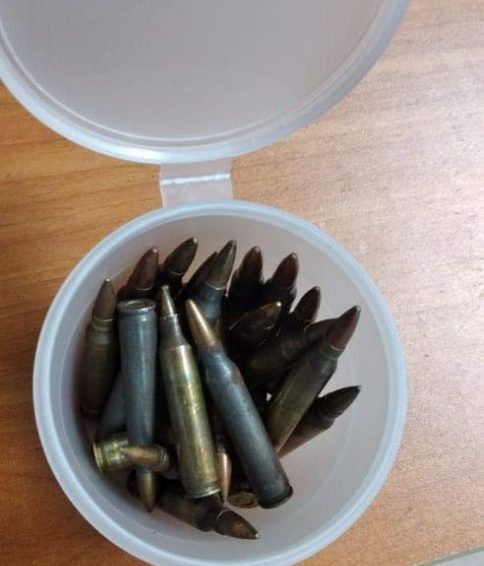 Three of the illegal guns and ammunition recovered by police during a raid in Courva on Saturday. Photo courtesy TTPS

Police seized four high-powered weapons and a quantity of ammunition in two separate raids in Laventille and Couva between Friday and Saturday.

A couple was detained in relation to the Couva raid and police are continuing their search for a suspect who fled on foot when confronted in Laventille.

Commenting on the latest firearms seizure, DCP McDonald Jacob says the police are operating at full capacity in tackling organised crime and firearms.

An AR-15 and 25 rounds of ammunition were found and seized by members of the Inter-Agency Task Force on Mulrain Trace, Picton Road, Laventille, on Friday night.
PHOTO COURTESY TTPS

At around 10.45 pm members of the Inter Agency Task Force (IATF) while on patrol in Mulrain Trace, Picton Road, Laventille, saw a man armed with a gun while standing among a group of other men.

Officers called out to the man who dropped the gun and ran away through Mulrain Trace.

Police seized the gun, an AR-15 assault rifle, with a magazine containing 25 rounds of 5.56 mm ammunition and an empty magazine nearby.

Hours later at around 4.50 am on Saturday members of the Western Division and the Central Division Gang Unit went to Milton Road, Couva, where they found and seized several automatic weapons including a MAC-10 submachine gun, AK-47, AKM rifles and two drum magazines containing 432 rounds of 7.62 mm ammunition.

Two people were arrested in relation to this find.

Speaking with Newsday on Saturday, Jacob said seizure of the weapons was testament of the police ability to gather intelligence and root out criminals.

Court orders compensation for ex-prisoner who refused to smuggle contraband

“This is just part of our drive to take these weapons off the street. It should be noted that this is the fourth high-powered weapons seizure we have had over the past 24 hours.

“It demonstrates that the police is still committed to taking these weapons off the street and that we are firing all cylinders to continue this drive.”

A container filled with 5.56 mm ammunition that was found and seized by police on patrol on Mulrain Trace, Picton Road, Laventille, on Friday night.
PHOTO COURTESY TTPS

In September, the police with the assistance of Crimestoppers launched an operation to get 1,000 illegal guns off the streets by the end of the year. Usually, the average seizure of illegal weapons is 1,000 annually.

In April, police and officials from the Customs and Excise Division found 30 guns and 762 rounds of assorted ammunition at a courier company at Piarco Airport.

When asked how far the enquiry into these weapons had progressed, Jacob said international partner agencies were assisting with the investigations.