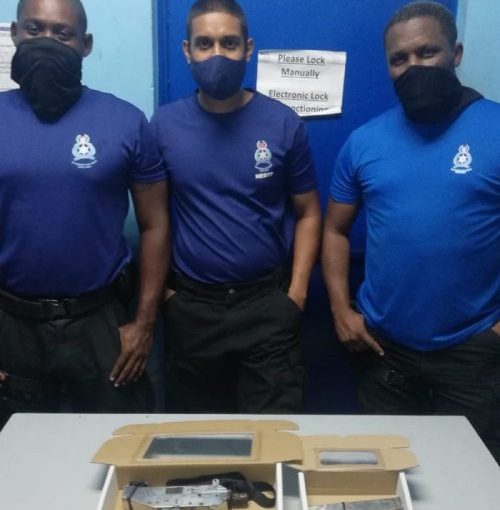 FOUR Venezuelan men were arrested on Wednesday after police found a gun and drugs at an apartment they were staying in.

The North Eastern Division and Northern Division Task Force carried out an anti-crime exercise between 5 and 7 pm. It was led by Insp Bharath, supervised by Sgt Martin and included Cpls Daniel and Duncan.

At about 5.20 pm they went to an apartment at Pasea Extension, Pasea Road, Tunapuna, where they arrested the men, whose ages ranged from 18 to 22.

Police said they found 334.2 grammes of cocaine and a mini Uzi with a magazine and four rounds of .38 ammunition.

IDA on Bakr’s death: Leaders must listen to voice of the people

PC Cato is continuing investigations into that matter.

The officers then went to John Dulam Street, Aranguez, where they seized two packets of marijuana weighing 65 grammes. The marijuana was found hidden behind a floodlight attached to an electrical pole.