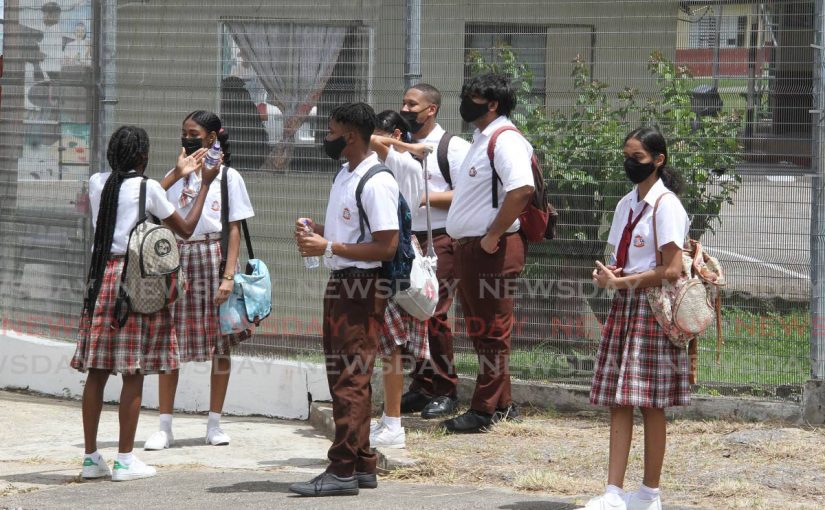 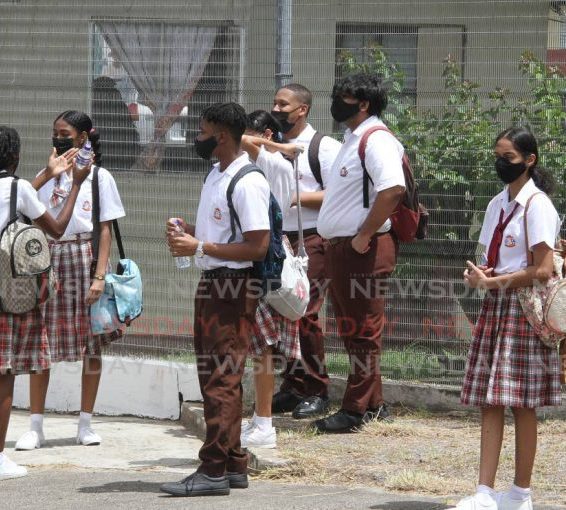 THOUSANDS of fully vaccinated forms four-six students will return to face-to-face classes today after attending virtual school for the greater part of the pandemic.

Trinidad and Tobago has been battling with the pandemic for more than a year and seven months now.

Education Minister Dr Nyan Gadsby-Dolly was quoted on October 3 as saying by October 1, there were 30,278 fully vaccinated school-age teenagers and 42,683 children aged 12-18 had received their first Pfizer dose.

There have been challenges with students returning to face-to-face classes.

When covid19 reached TT, the Prime Minister announced on March 13 last year that all places of learning, including schools and universities, were to remain closed for a week in the first instance.

On August 16, 2020 Dr Rowley was reported as announcing the closure of all teaching institutions, which was to last until December 31. Like most of the world at that point, TT quickly shifted to virtual learning. The annual Secondary Entrance Assessment exam took place on August 20 that year.

A Ministry of Education news release on August 25, 2020 said the academic year 2020-2021 would be taught remotely. It had then planned to have blended learning experience with a mix of face-to-face and virtual classes, but the growing covid19 cases prevented this.

Schools reopened virtually on September 1 last year and all schools were to be teaching virtually by September 14, 2020. Schooling has largely been virtual since then because of the pandemic.

There was hope for the physical reopening of schools with the acquisition of vaccines earlier this year. In July, Rowley said if TT received Pfizer vaccines from the US, they would be used to vaccinate secondary school students.

On August 11, the US Government announced the first tranche of Pfizer donations to TT. The country received 305,370 doses out of a total of 907,920 expected.

However, there has been some level of disagreement as to exactly how the physical return to schools should be put into practice.

On September 30, the TT Unified Teachers Association (TTUTA) had a “blackout” in which thousands of teachers stayed away from virtual classes. Another blackout has been planned for Tuesday.

Former Independent Senator Prof Ramesh Deosaran said in his October 3 Newsday column that there was “strong disagreement” between the union and the Ministry of Education as to whether forms 5-6 vaccinated students should attend classes or forms 4-6, as instructed by the ministry.

“But what really seems to have shoved this dispute between a rock and a hard place is the breakdown of consultations between the two parties,” Deosaran said.

Tabaquite MP Anita Haynes said in a release over the weekend that there remain many unanswered questions ahead of the resumption of classes.

“I think we can all agree that all schools are not equally equipped. While some schools may be able to undertake synchronous learning and in-person classes, the reality is that many others will face challenges of manpower, technology and infrastructure. There is a real risk of unvaccinated students falling behind,” she said.