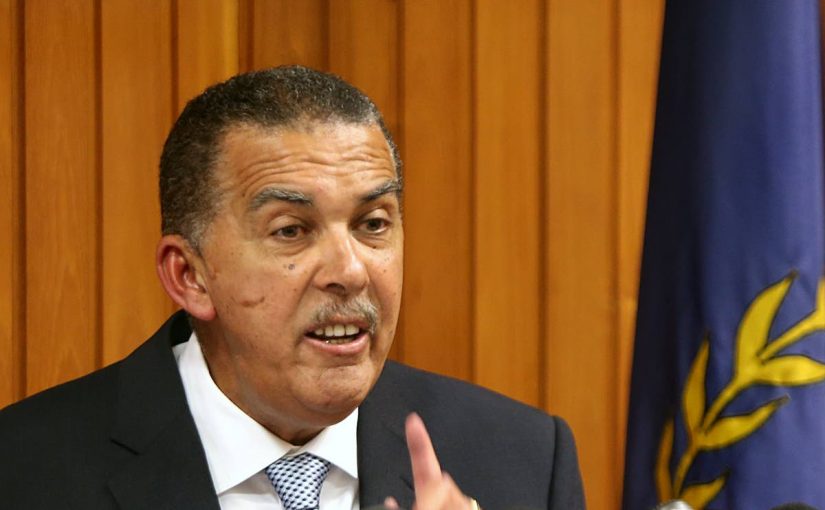 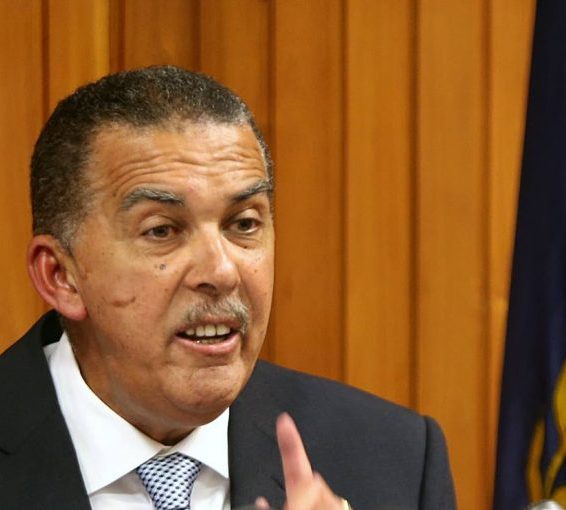 Mahabir was the husband of former independent senator Parvatee Anmolsingh-Mahabir, who also shared her recollections of him.

Urging the couple’s two grown children to emulate their father in their daily lives as doctors, Carmona said Mahabir was the consummate medical professional, always engaging the Hippocratic oath with fervour and distinction and making a difference in the lives of many people.

“I remember him distinctly, as I interacted with him in both my capacities as Deputy Director of Public Prosecution and as a judge of the Supreme Court as he testified in criminal cases at both the High Court and magistrate courts of TT with unflappable posture, demeanour and civility, being at all times a reliable witness of truth and honesty.

“He was always in the business of justice and being fair, when he testified on behalf of the State in matters of murder, sexual assault, incest and robbery with violence. This he did, in the main, in his official capacity as District Medical Officer (DMO).”

Carmona said Mahabir’s legacy was now assured by the sheer breadth of his selflessness, compassion, humility and genuine care for those in need.

He urged all to be inspired by Mahabir to improve their own character.

“Do something about it, about this society of ours. Make a change in your life. Do what needs to be done to save us from ourselves. Do not lose your humanity and why not be a nice person, a nice human being and treat people like people because that was what Dr Vinod Mahabir was all about.

“Sometimes in life, we tend to overlook or even depreciate what really matters. Kindness, humility, goodness and compassion for others are often seen as weaknesses in this cruel world of ours where materialism is rife to the point of being obscene. The central motif of a life well lived is unadulterated service to the lives of others and Dr Vinod Mahabir exemplified this.”

Carmona fondly recalled many his online exchanges with Mahabir, such as sharing articles of depth and vision.

“He was about the audacity of hope, that our society can become the great society that it can truly be, through inspiring and inspirational leadership that resides in the heart and soul of every good man and woman in this nation.

“He saw and experienced the social dysfunction in our challenging communities and he sought to make the difference by doing the small things that mattered, in an exceptional manner.”

Carmona recalled Mahabir being devastated by losing his brother Dr Dylan Mahabir to covid19 in July.

“I remember telling him, among other things, that in times like these, I wish I had a magic wand but I don’t and he told me his brother’s loss was tough, that it was a great loss and that my comforting words helped him a lot.”

He hailed the devoted service now given by Mahabir’s daughter Dr Nandini Ramroop in Canada and son Dr Ravindra Mahabir at the Arima Hospital.

“To both of you – continue to walk in your father’s footsteps and beyond, for this is what he would want, for both of you, to be better and greater doctors than he, because he recognised, in this relay race of life, you must pass on good things, good values and vision, to fully empower and do more than those who came before, all for the common good.

“May Almighty God bestow peace, solace and enduring calm on his devoted loving wife, his children and grandchildren and the entire family circle and dear friends and let’s rejoice in the realisation that Dr Vinod Mahabir, a medical doctor esteemed and loved by all, lived a purposeful meaningful life, making the difference in the lives of many and may Almighty God grant him eternal rest and peace. My heartfelt condolences.”

Anmolsingh-Mahabir told Newsday she was distraught at her husband’s death. She said he had been fully vaccinated and had urged everyone to get vaccinated. He himself had comorbidities and died of covid19.

“As a DMO he served all hours of the night. He gave his life to public service. He took pride in his ability to serve. He was always willing to give of his best.”

Anmolsingh-Mahabir said he had served at almost every health centre along the East-West Corridor.

“He loved his job. He loved serving his community.”