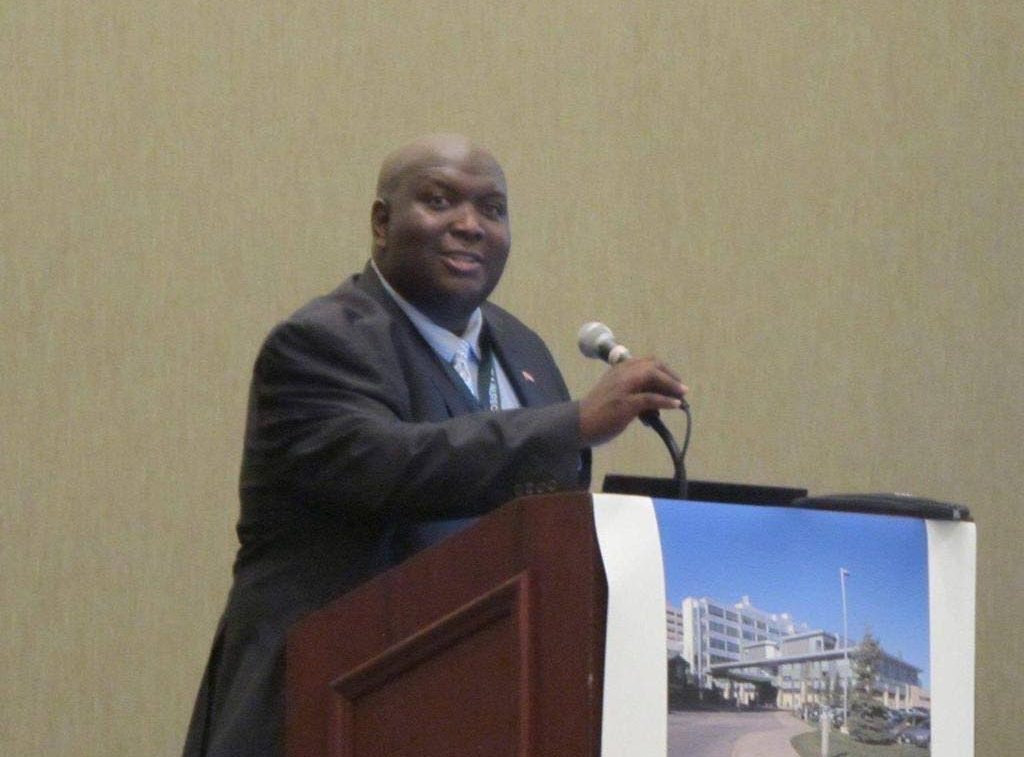 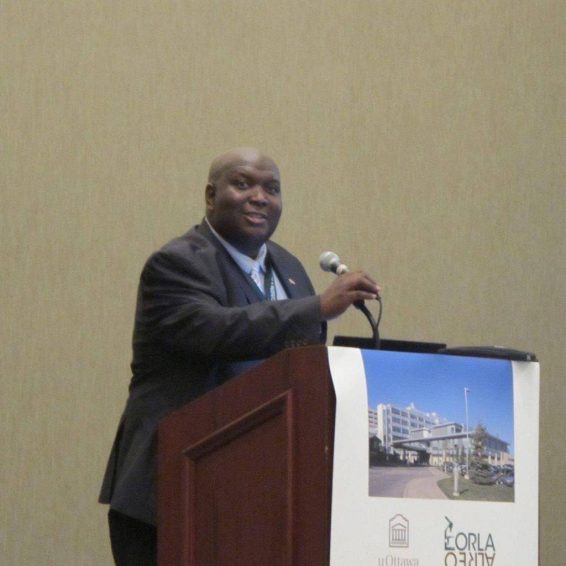 For most people, the mere mention of the word autopsy can conjure images of death and gore.

For others, like Dr Alfredo Walker, autopsies can tell a story, giving a glimpse into someone’s life while allowing us to take stock of our own existence and how we can make it more meaningful.

Born in Trinidad, Walker attended medical school at the University of the West Indies (UWI) before embarking on his career in forensic pathology overseas.

His most prolific work was done in investigating the death of Oury Jalloh, a Sierra Leonean asylum-seeker, who died in police custody in Germany in 2005.

Responding to Sunday Newsday’s questions via e-mail and WhatsApp on Thursday, the 54-year-old Princes Town native – a graduate of Presentation College, San Fernando – spoke about his experiences as a pathologist abroad and gave his thoughts on his field locally.

An investigator carries evidence samples to the Forensic Science Centre, St James on October 11 where several autopsies of murder victims were carried out. – PHOTO BY ROGER JACOB

In a field many might consider taboo or unsettling, Walker said his family embraced his career choice and says the perception behind his job is often misunderstood.

In addition to the important health and law enforcement roles his job fulfils, Walker says autopsies can potentially save lives.

“Forensic pathology is also the practice of medicine, the difference being that our patients are deceased.

“Apart from its medico-legal aspect that intersects with the criminal justice system, forensic pathology plays a key role in the diagnosis of inheritable cardiac conditions that can cause sudden death in the young and with that diagnosis, surviving relatives can be advised to seek medical attention to be diagnosed and treated to prevent other premature deaths.

“This also helps in matters of public health.”

He adds that this understanding of pathology can help develop a greater appreciation for life and makes his job fulfilling.

This passion for his job and expertise in the field of forensic pathology has taken Walker across the world. He left TT in 1999 to live in the UK where he spent 12 years before moving to Canada in 2011.

Walker says he made the transition into these countries smoothly.

As a pathologist, Walker’s findings and observations are admissible as evidence – a serious responsibility that requires him to be precise in all of his duties from the actual autopsy to the paperwork that follows.

He notes that a strong and efficient forensic department is a crucial link in the criminal justice system and should not be overlooked.

“A good forensic pathology service with robust quality assurance measures is central to the proper functioning of the prosecution of unlawful deaths in the criminal justice system and the delivery of justice.”

Walker’s in-depth examinations of finding the truth of the circumstances between the cause of death of people has earned him international acclaim.

As the pathologist charged with investigating the circumstances behind the death of Oury Jalloh, Walker was required to conduct several examinations to be sure of the cause of death.

Jalloh was arrested for harassing passers-by on the morning of January 1, 2005.

He was placed in what German police described as a “drunk cell” in the basement of the police station where the prisoner’s hands and feet were bound using handcuffs.

Jalloh died in a fire that began in his cell. German authorities originally suspected it was suicide, but Walker’s findings along with other forensic experts proved that Jalloh could not have set fire to the mattress himself – and that the mattress could not have burned up completely without the aid of some kind of flammable liquid.

The ability to get the courts to consider the new evidence and start a new trial is in itself testament to the power of forensic science and Walker’s ability to find the facts and recreate events from the evidence.

While this might seem incredible to some, it’s just another day at the office for Walker who estimates that he has done between 200-250 autopsies per year.

Such a heavy workload means that there must be a steady supply of pathologists in training to meet the demand, especially in TT where 538 murders were recorded in 2019 and 396 murders in 2020 – the first time there was a decline in murders in six years.

Deyalsingh intervenes after wrong second-dose vaccine given to woman

In 2017, former national security minister Edmund Dillon was reported as saying that the Forensic Science Centre, St James, was understaffed.

The concerns over the state and staffing at the centre continued over the years as former national security minister Stuart Young in February said there were plans to bring in forensic pathologists through arrangements with the United Nations Development Programme. There are also plans to construct a new mordern facility in central Trinidad, a project yet to get off the ground.

This country has has a history of not being able to hire locals to fill the vacancies as forensic pathologists at the Forensic Science Centre often leading to staff shortages and costly contracts to retain foreigners. There are two Indian-born pathologists currently employed at the local centre.

However, Walker says he is optimistic that there is an interest among local medical students to enter the field and has done his part, along with others, to encourage this interest.

“The Pathology Club of the University of the West Indies (PCOUWI) was founded in August 2020 as a result of the interest in forensic pathology that was expressed by Ann Marie Ming Hon, a third-year medical student at UWI St Augustine.

“Dr Catherine Morris, a US-trained forensic pathologist and I mentor Ann Marie and encouraged her to establish the club and she was the founding president for the 2020/21 term.

“Currently, the PCOUWI has 265 members from the three UWI medical campuses and quite a few students are interested in forensic pathology. Dr Morris and I are executive directors and mentors to its members.”

Walker adds that UWI medical graduates are considered among the best in the world, recalling his own experience in the UK.

Walker is no stranger to the demands of teaching.

In his current position as the forensic pathologist of the Eastern Ontario Regional Forensic Pathology Unit and director of education in the Faculty of Medicine for the University of Ottawa, Canada he has to divide time between being an educator and being a forensic specialist.

Last month, Walker was appointed to serve as a member of a design team in forensic pathology for the Office of the Attorney General to review cases done by the Chief Medical Officer in Baltimore.

As a member of this team he is charged with formulating a process for reviewing the death determinations of people who have died while in police custody.

Walker says he is determined to take his strong work ethic, eye for detail and passion for the field wherever he goes.