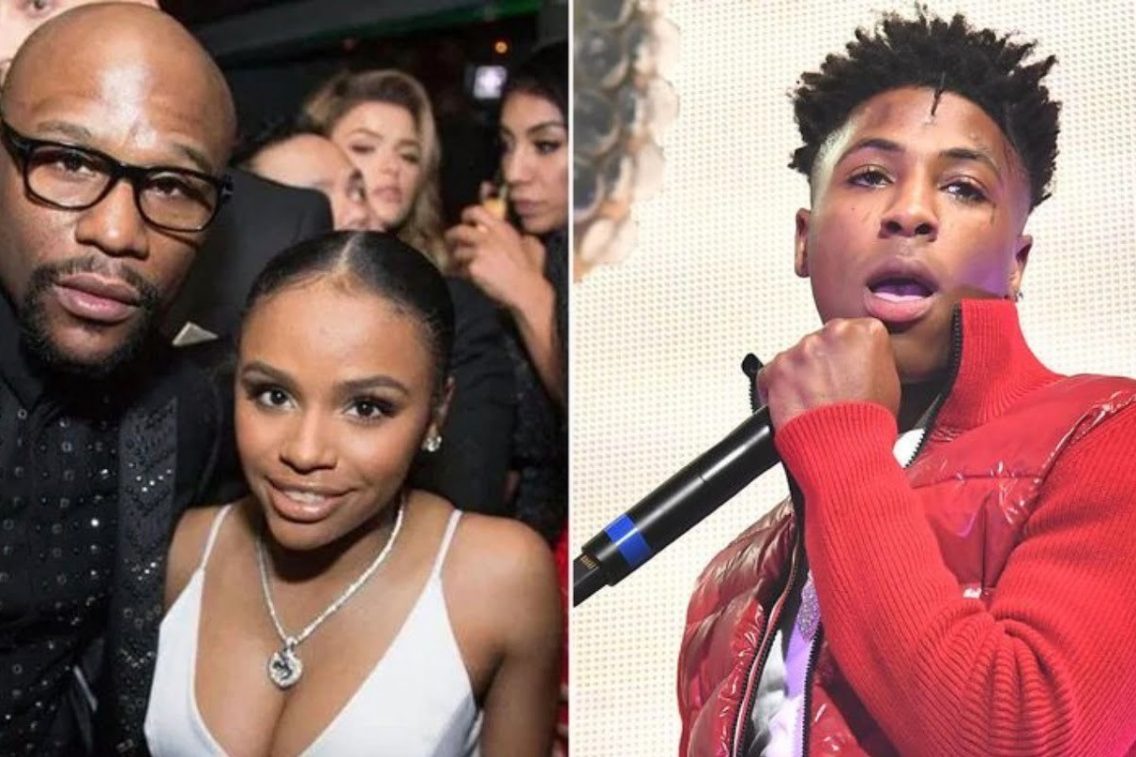 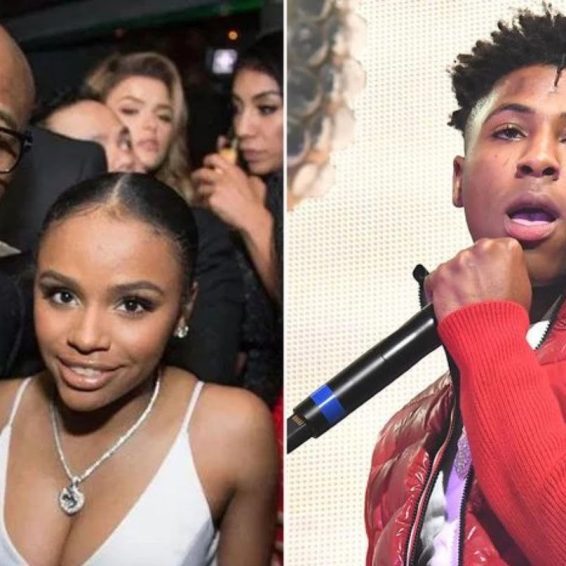 Floyd Mayweather has started teaching his grandson, Kentrell Jr., the son of rapper NBA YoungBoy and Yaya Mayweather, his boxing secrets and how he remains an elite athlete.

He may not be walking yet, but that does not mean he cannot learn how to pack a punch, especially if his famous grandfather has anything to say about it. In a short video clip released on social media, retired boxer Floyd Mayweather can be seen walking backward with oversized boxing gloves on, having fun teaching his grandson Kentrell Gaulden Jr. how to spar and throw a jab. The baby, who is still too young to walk, was being held out front by an unidentified man who was advancing with him as the trio appeared to be having fun making memories.

Boxing may indeed be a part of the baby’s legacy as his grandfather is not only arguably one of the greatest fighters to grace the ring, but if DNA and Mayweather have anything to do with it, he will be in the ring once he is out of diapers. Mayweather has said on several occasions that boxing has been part of him from childhood and that once he put on those gloves, he never truly considered any other career path.

Described as cocky, especially after May 2021, when he ranked himself the greatest boxer of all times, pound for pound, Floyd Mayweather is a boxing promoter and former professional boxer. He was named ‘Fighter of the Decade’ for the 2010s by the Boxing Writers Association of America (BWAA) and, in 2016, was ranked by ESPN as the greatest boxer of the last 25 years. As an amateur, he won a bronze medal at the 1996 Olympics and later three US Golden Gloves championships in the Light flyweight, flyweight, and featherweight divisions.

With a string of these and other wins and titles, Mayweather is one of the most decorated boxers in history. Now a boxing promoter, he is always traveling across the various states in America, scouting for new young talent, hence after the video went viral, fans chimed in that he will not have to look very far as he may have homegrown talent right under his nose. He and the baby’s father, NBA YoungBoy, may even bond over music as Mayweather himself has been known to visit the studios on occasion, and even laid down the rap song “Yep” back in 2008 during his stint in the wrestling world where he used it as his intro song for a match he had with the wrestler The Big Show.

While some may confuse ‘NBA’ with the National Basketball Association, the acronym has another meaning to the rapper. For him, it stands for ‘Never Broke Again,’ a mantra he insists that he will live and hopefully not die by.

Born Kentrell Gaulden, NBA YoungBoy gained both fame and a cult following after releasing a steady series of independent mixtapes over two years. In 2017 he signed by Atlantic Records and produced several Billboard 100 hits, including “Outside Today.”

Fans were pleased with the male bonding session that unfolded, and although many were wondering if the man in the clip was Youngboy, others took it upon themselves to highlight some of the conditions of his house arrest. Youngboy was released from jail on October 26th, after serving seven months in jail. The condition of YoungBoy’s release includes confinement in his Utah home, where he is being monitored by law enforcement. So clearly, that’s not him in the video.

One fan noted, “With NBA Young Boy’s aggression mixed with Floyd’s boxing skills, this kid is going to be a legend,” while another added, “Baby set for life in all ways shapes, and forms.”

Kentrell Jr, affectionately called ‘KJ,’ was observed having a ball with all the activities and attention he’s getting. Although his grandfather was not dressed for a practice boxing session, they had their game faces on to make the baby laugh and stay engaged. Although he is only twenty-two years old, KJ is the “Bandit” rapper’s 7th child.

By the way, are these the largest boxing gloves you’ve ever seen.