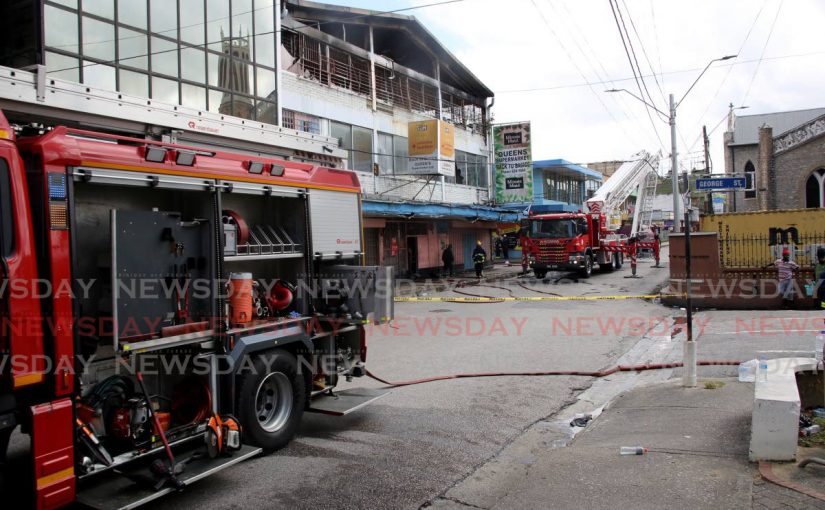 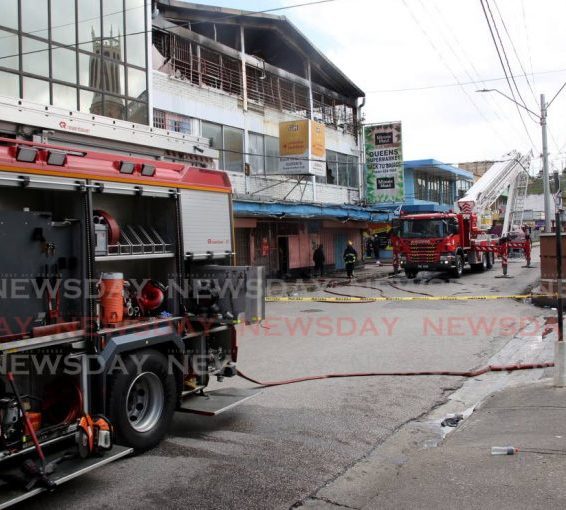 Fire officers at the scene outside Back to Basics supermarket on Independence Square, Port of Spain on Saturday. – Photo by Sureash Cholai

According to police, one of the tenants, a 68-year-old man said he was awoken by the sound of crackling noise around 3.30 am on Saturday only to realise the building at the #79 George Street and Independence Square was on fire.

The man ran out of his apartment and alerted another tenant, a 64-year-old woman, before calling the fire service.

The Back to Basic supermarket and variety store was also partially damaged by the fire.

Members of the Fire Service from the Belmont, Morvant, San Juan and Wrightson Road Fire Stations responded and managed to extinguish the fire.

1 dead, 1 hurt after quarrel over gardening

Fire officers suspect the cause of the fire may have been electrical but will continue enquiries to confirm this.

Police from the Port of Spain City Police and Inter Agency Task Force blocked off traffic on Saturday as investigations continued.

Workers from the Water and Sewerage Authority and the TT Electricity Commission were also called in to disconnect damaged lines.