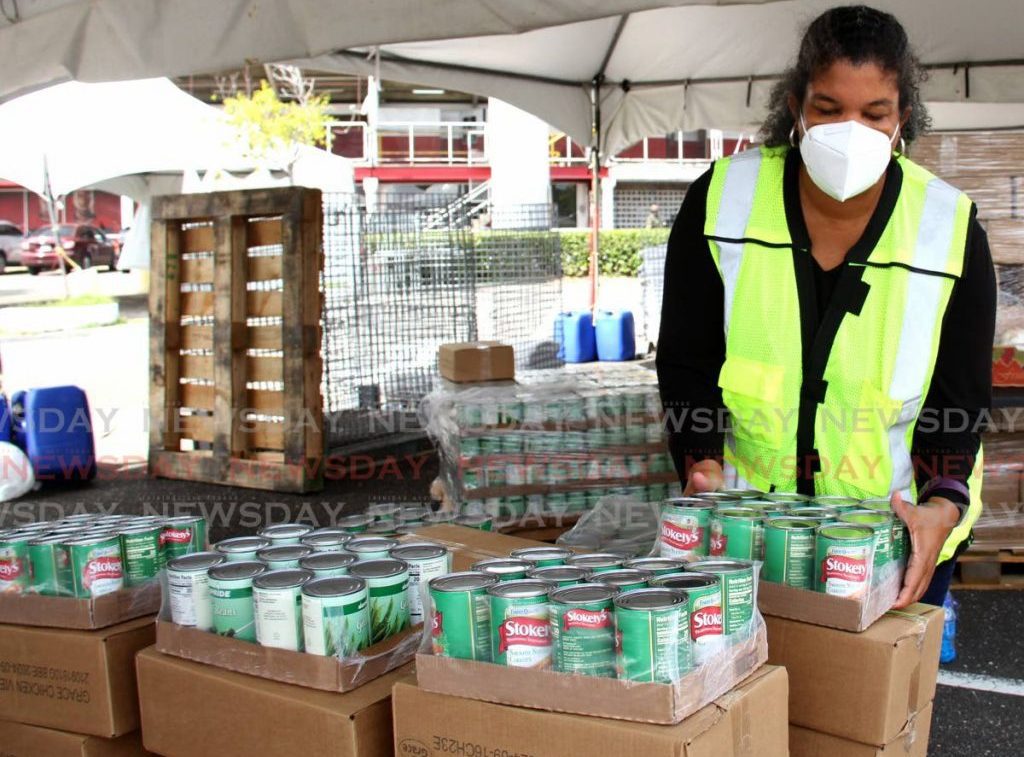 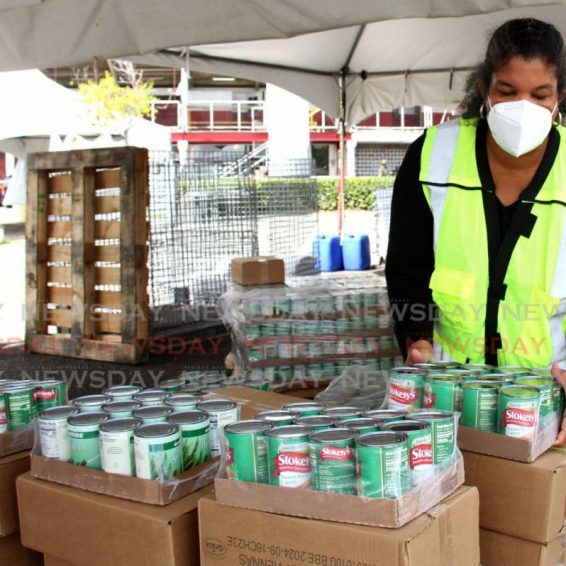 Members of the Defence Force load a van with boxes of non-perishable food items at a FEEL distribution drive at the Haseley Crawford Stadium, Port of Spain, Monday. – AYANNA KINSALE

The Foundation for the Enhancement and Enrichment of Life (FEEL) has donated bulk food items to over 150 non-profit organisations (NPOs) registered with its charity.

The distribution drive was held at the Hasley Crawford Stadium’s car park in Port of Spain on Monday.

FEEL CEO Elena Villafana Sylvester told Newsday that the bulk items given to each organisation should generate over 40-50 hampers.

“Over 150 organisations are going to pass through here and collect a bulk supply of food stuff and then go back to their community and prepare food hampers to distribute to vulnerable households.”

Sylvester said the food items distributed on Monday were generated from a combination of funds and goods donated to FEEL.

“FEEL reaches out to both the local and international community and requests their support so that we can receive donations in bulk which we then provide to other non-profit organisations.”

In a release on Tuesday, Republic Bank Ltd (RBL) said it had partnered with FEEL to assist in the drive to help with covid19 relief across Trinidad and Tobago.

“Approximately 6,750 households should benefit from the food stuff supplied during the distribution.”

At Monday’s distribution, three vehicles were allowed to collect items at a time. Each driver stayed inside their vehicle while members of the Defence Force, Coast Guard and Air Guard loaded the food stuff into trays and trunks.

FEEL director Marlene Chin said the distribution had been scheduled to take place at the organisation’s Warehouse 22, Fernandes Industrial Centre on the Eastern Main Road but, because of an ongoing sewage problem in Beetham Gardens, FEEL decided to change the venue.

“The sewage problem in Beetham forced us (FEEL) to come here, but because of the circumstances, the stadium opened its doors to us.”

The residents of Beetham Gardens have been frustrated by ongoing sewage problems affecting the community since September.

WASA has been on site carrying out replacement work on a deteriorated concrete sewer pipeline that runs under Main Street, Beetham. The work is expected to be completed on December 2.

Sylvester also thanked the Sports Company for allowing FEEL to use the stadium’s facilities for its distribution drive.

In a release, she said, each month, organisations registered with FEEL also received an e-mail invitation to collect a donation of supplies to assist those in need.