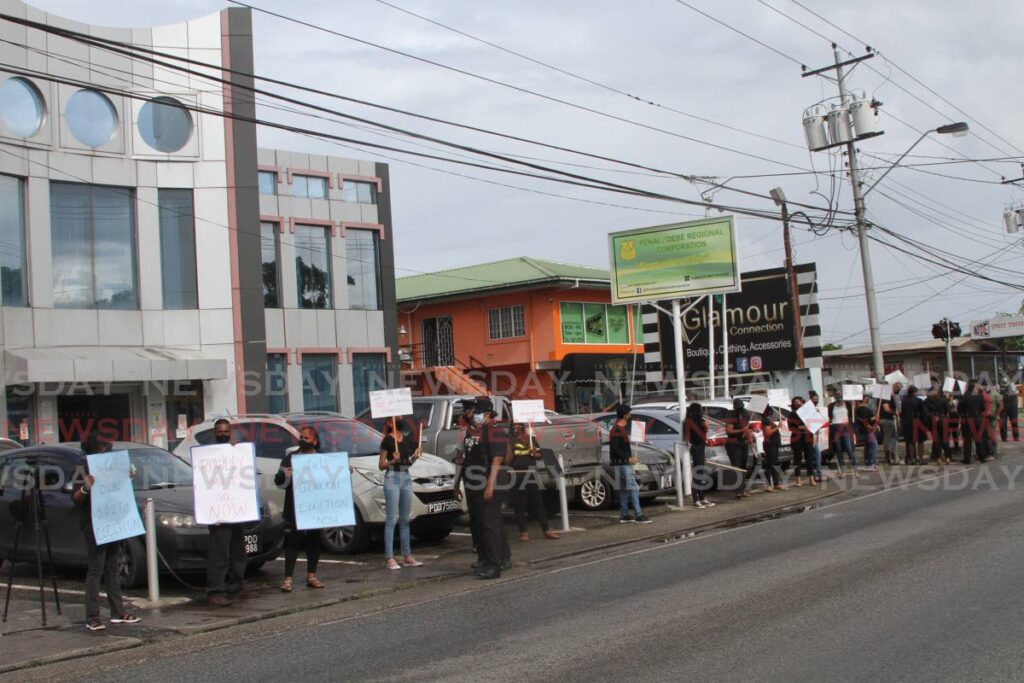 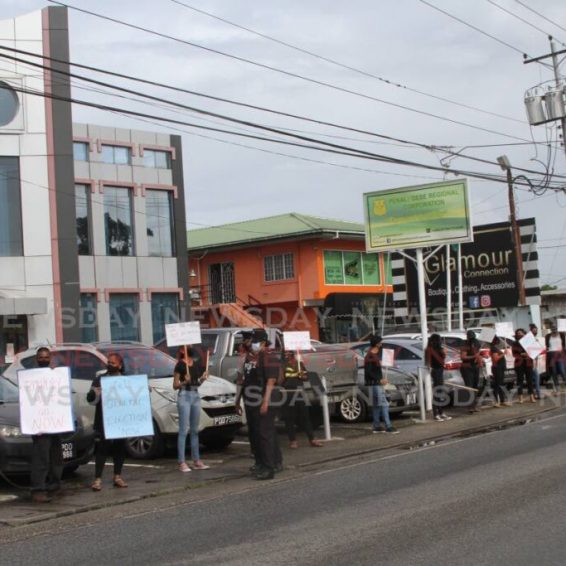 Fear of more robberies in Penal/Debe for Xmas

Allan Sammy, chairman of the Penal/Debe Regional Corporation addresses members of media during a protest on Friday Debe outside corporation’s office. Photo by Marvin Hamilton

PDRC chairman Dr Allen Sammy said the ongoing talks were prompted by concerned residents and businesses who fear there will be an increase in robberies for Christmas.

Sammy was speaking during a protest on Friday at the PDRC headquarters on SS Erin Road in Debe.

Police officers were present during an early morning protest in Debe outside the corporation’s office. Photo by Marvin Hamilton

He told Newsday residents and businesses “are very concerned, and they’ve reached out to us to know what the plan for security is going forward.

“We (at the corporation) have asked for a joint meeting so that the businesses can be given some assurance by national security of their protection.

Councillor for the Electoral District of La Fortune/Debe North, Krishna Persadsingh, addresses members of media as residents lined the sidewalk protesting in Debe outside the corporation’s office. Photo by Marvin Hamilton

“It has been shown that around Christmas time there is an increase in robberies, and more and more residents now are fearful of going out of their homes to even shop.”

Residents protest outside the Penal/Debe Regional Corporation on Friday on the sidewalk of the outside corporation’s office. Photo by Marvin Hamilton