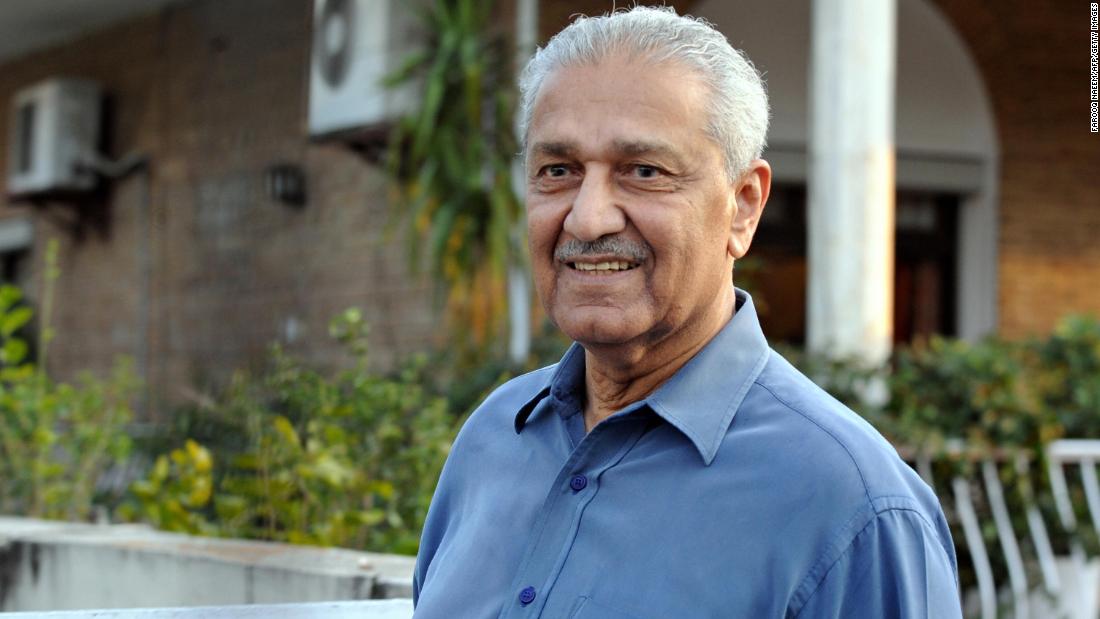 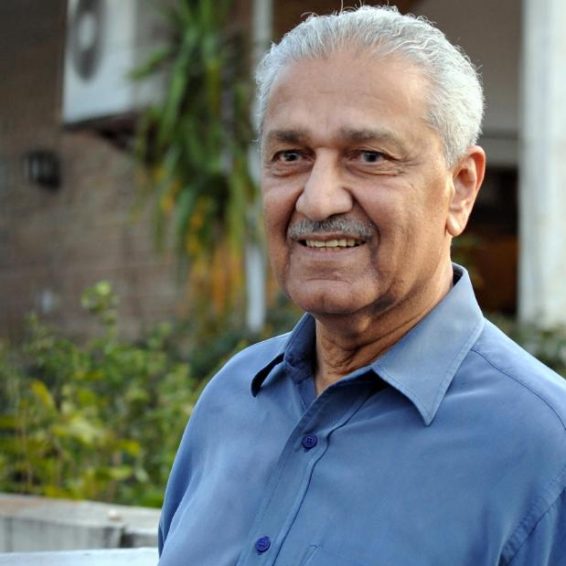 2 weeks ago·1 min read
ShareTweetPinShare
Home
World News
Father of Pakistan’s nuclear program Abdul Qadeer Khan dies at 85
Khan will be given a state funeral at Islamabad’s Faisal Mosque on Sunday, according to Pakistan’s interior minister Sheikh Rasheed Ahmad.
While Khan was hailed as a national hero in Pakistan for helping make the country a nuclear-armed state, he was viewed by many in the West as a villain.
In the United States, Khan was best known for selling nuclear technology to nations such as North Korea and Iran. In 2004, at the urging of the US, Pakistani authorities placed Khan under house arrest.
Khan was released in 2009, but his movements in and out of the country were still severely curtailed by the country’s security agencies.
Read More
The US State Department said that year that Khan had run an “extensive international network for the proliferation of nuclear equipment and know-how that provided ‘one stop shopping’ for countries seeking to develop nuclear weapons.”
According to the State Department, this network’s actions had “irrevocably changed the proliferation landscape and have had lasting implications for international security.”
By Sunday afternoon, tributes had started pouring in for Khan. Pakistan’s Prime Minister Imran Khan tweeted he was “deeply saddened by the passing of Dr A Q Khan.”
“He was loved by our nation (because) of his critical contribution in making us a nuclear weapon state. This has provided us security against an aggressive much larger nuclear neighbor. For the people of Pakistan he was a national icon,” Khan said.
Pakistan’s Information Minister Fawad Choudhry said in a statement that Khan’s “services for the nation and his contributions for strengthening Pakistan’s defense will always be remembered.”
The state funeral will take place on Sunday in accordance with Islamic tradition, that requires burial within 24 hours of a person’s death.
The funeral is open to the public, and Imran Khan has instructed all cabinet ministers to attend the funeral, interior minister Ahmad said. Senior military officials will also be in attendance, he added.
Ahmad also said AQ Khan’s family is also now deciding whether or not to take up the government on its offer to bury Khan at Faisal Mosque. If the family agrees to it, then Khan will be only the second person in Pakistan’s history to be buried there. The first and only other person to be buried at Faisial Mosque is former Pakistani president and military leader, General Zia ul Haq.