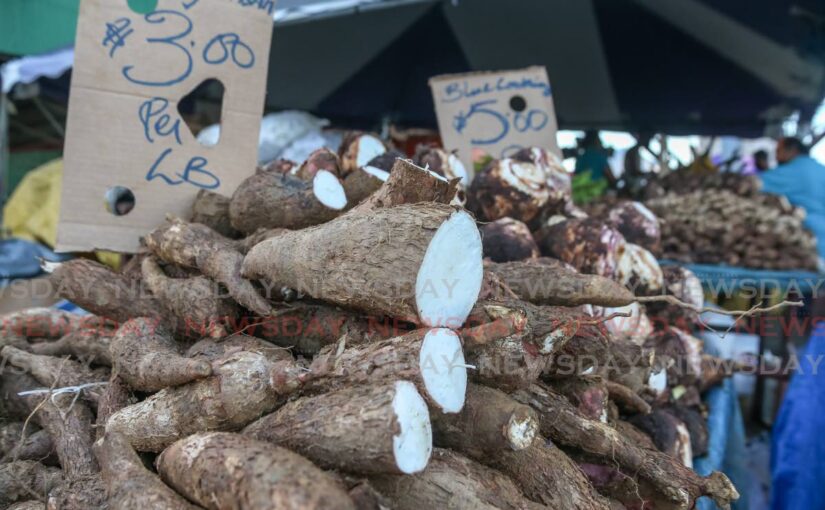 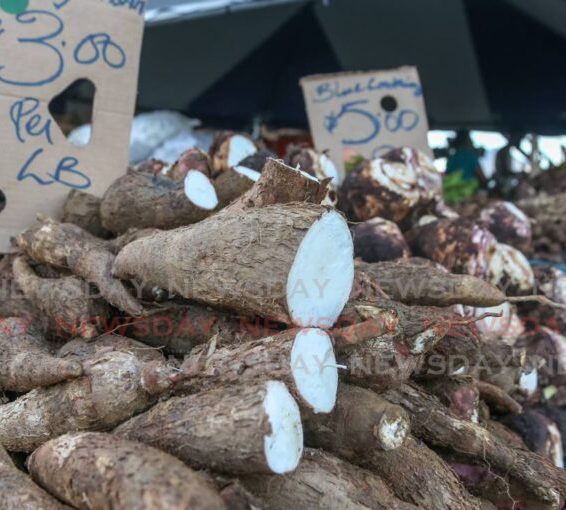 Head of the Root and Tuber Producers Association Ramdeo Boondoo said the Government is not serious about food security, which was becoming more blatant with exorbitant price increases.

Speaking with Newsday on Thursday on the recent price increase on flour, he said Trinidad and Tobago had the human and physical resources to produce alternatives to wheat-based flour and encourage market competition.

Boondoo said cassava, yam, sweet potato, and banana were some of the crops that could be used to produce healthy and gluten-free flour substitutes.

He said the initiative required support from the Government for funding and the necessary approvals, and the association would also welcome assistance from the private sector.

“The land is available, and the farmers are available. We just need to all come together to make it work.

“Of course, we know it would not happen overnight, but it has to start from somewhere in order for it to develop. It can be a viable and sustainable venture,” Boondoo said.

On Wednesday, NFM announced that from January 3, the wholesale price of flour would increase between15 and 22 per cent and suggested a 19 per cent increase in the retail price.

In a media release CEO Ian Mitchell said NFM could no longer maintain the shocks of soaring international wheat and shipping costs. NFM added that since 2008 it had not made any price adjustments.

Mitchell said, “This was by no means an easy decision, as we did everything within our control to try to hold our prices; but with the staggering increases in raw material and shipping costs, we were left with no choice but to make the adjustment.

“We are acutely aware of the knock-on effect that an increase in the price of flour could have in the market, but we cannot sell a product for less than it costs to produce.”

Boondoo said in 2016 the association approached Minister of Agriculture, Land and Fisheries Clarence Rambharat on the matter and also sent a proposal to the Prime Minister, but none of it was taken seriously.

“We had proposed that the farmers supply the cassava and they (ministry or private sector) do the processing. We had a good plan in place, because cassava is not difficult to grow. We engaged farmers all over the country.

“This type of investment can also generate foreign exchange, because there are markets in Canada, the US and the Caribbean region.”

He added that the association has also invested in 11 varieties of cassava from Costa Rica for processing, including flour.

“If we displace wheat by 40 per cent, that would be a great impact on the pricing structure. It also gives people choices and opens the market for fair competition.” Boondoo said.

He said over the years the association’s fight for this initiative has been slowly dying, as seen in the decrease of its members from over 500 to 100.

Those left, Boondoo said, were still trying to get the Government to buy into the idea because the covid19 pandemic had heightened the need for countries to achieve food security.

Rambharat could not be reached for comment, as calls to his cellphone were directed to voicemail.