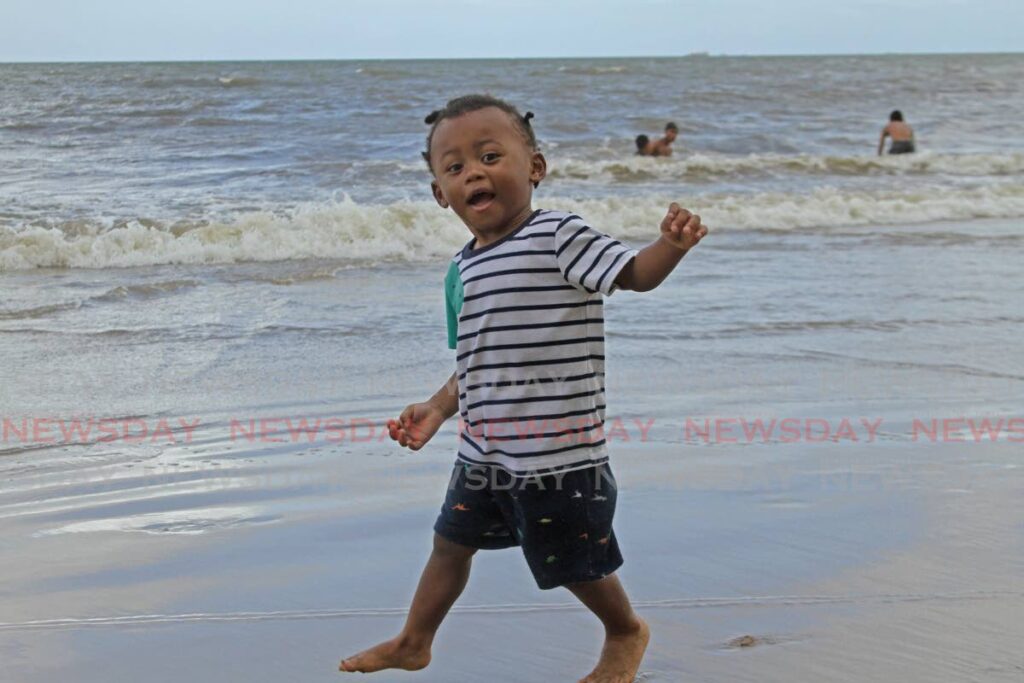 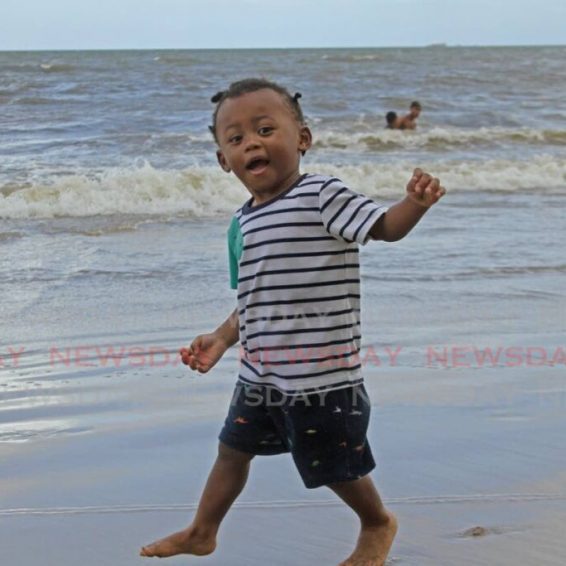 News
These boys were in their glee at Clifton Hill Beach on Monday as beaches were reopened from 5am to noon. – Marvin Hamilton

For Nadine Ramnarine, taking her son to the beach – for the first time ever – to celebrate his second birthday was the highlight of the reopening of beaches on Monday.

Ramnarine’s family was of one of several who Newsday spoke to at Clifton Hill Beach in Point Fortin.

Her son Darnell was born on December 20, 2019 and had never visited the beach before owing to covid19.

So when the Prime Minister announced on Saturday that beaches were reopening, Ramnarine knew she had to take the day off from work, not just to celebrate Darnell’s birthday but take him to the beach.

“He was just a small baby the first time beaches were reopened when covid now started, so of course we couldn’t bring him because he couldn’t swim.”

Even though Darnell was afraid of the water, Ramnarine predicts he will grow to love the beach after a few more visits.

She said her older children were becoming restless after being at home for online schooling over the past several months, so Monday’s beach break was also a much needed rest for them.

“I’m not a beach person, but I was most happy to bring the family out so the kids could play a lil football game and get some sea breeze.”

Football at Clifton Hill Beach in Point Fortin were what these youngsters seemed to be yearning for on Monday. – Marvin Hamilton

But Ramnarine also hopes the PM becomes more lenient with the opening hours for beaches.

“If he don’t want to open the beaches too late, let’s put the closing time to be at least 3pm.

“I came from quite Williamsville, which is far from here, and it took a two-and-a-half hour drive with the traffic and stuff. So I find it could have been closing a bit later to accommodate people like us, but I am still grateful it’s open.”

A short distance away, Point Fortin resident Sita Sookhai-Ratiram watched her husband playfully digging a sandpit for their three-year-old daughter and gathering chip-chip.

Sookhai-Ratiram said her daughter loves the beach but haven’t been there much because of covid19.

She told Newsday, “Today was about the child coming to the beach. Because since she’s born, she may have come about three times alone and she likes water. She’s really enjoying today.

“We aren’t really limers, so the time the PM has set is perfect for us because we live right there. We came around 10am and we are spending about two hours. By the time is 12pm we’ll be ready to go.”

She is pleading with people to behave responsibly to ensure beaches don’t get closed again.

Former national footballer Kendell Davis was happy to take his seven and nine-year-old sons out for a day in the sun.

He feels sorry for his children who, he said, have been missing out on their “boy days” because of covid19.

“All children nowadays missing out their youthful days because they can’t come outside and they can’t play with friends too much because of covid19.

“So the slightest chance you get to bring the family out to have some fun, everybody will grasp and take the opportunity.

Darnelle Ramnarine smiles as he walks along the shore at Clifton Hill Beach in Point Fortin on Monday. – Marvin Hamilton

“The country has been locked down for a while with no beaches – everybody home and isolated. So we got the opportunity to come out and we wanted to do so on the first day of the reopening.”

While Davis wanted the opening hours to be longer, he understands the PM’s strategy in opening in phases to monitor people’s response.

Anton Furlong lives less than five minutes away and did not waste the chance to have a family outing with his wife and daughter.

Furlong supports the PM’s opening hours and explained, “I find it applicable because Trinidadians lawless, so you have to control them in some way. If everybody acts a little disciplined, I can see the Prime Minister relaxing the rules.”

One man, who did not want to be identified, was fishing with his wife.

At the time of Newsday’s visit he had caught at least five fish.

He said, “Follow the rules and we’ll get the beaches opened for a longer period. We are very happy with the 5am-12pm now at least for a lil stress reliever.”

Point Fortin resident Eleazar Homeward was one of a few people on the beach alone.

He explained that most of his friends and family were working and he would most likely return with them when time permits.