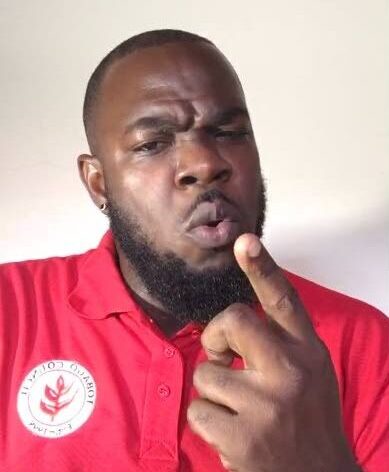 Hector, who lost the Bethel/Mt Irvine seat by 17 votes to Pastor Terance Baynes in the January 25 election, said he had proof the Progressive Democratic Patriots was also doing the same.

Hector, wearing a PNM jersey, made the accusations in a Facebook live broadcast on Tuesday, saying he was undertaking “heaven’s assignment” and delivering a stern message from God.

Hector said some members of the PDP are “delving into the diabolical and into the unknown” but people are turning a blind eye to those “in the PNM who have very high portfolios that doing the same thing.

“I’m telling you…Vex with me if you must, God will be pleased with me.”

Hector said his prophetic message came while he was doing his morning devotion.

He said if one looks carefully at the THA election campaign, necromancy and witchcraft “have hidden themselves behind the nice talk, political jargon, soapbox diction, bribe enticement, offers, consideration, opportunities for advancement.

Beaches open till 6 pm from Monday

He said PNM Tobago must focus on establishing order on solid moral and ethical grounds.

“Order is required or there will be an explosion that will destroy us all.”

Hector said he initially did not believe PNM members were involved in necromancy.

“I told the Lord, ‘We in the PNM don’t get on with that,’ and right there and then I get a deep conviction in my spirit…The Holy Spirit tells me that PNM people practise necromancy too. I’m putting it to you. I’m not here for popularity or favour.”

Hector was condemned by PNM supporters in the live chat who labelled him a false prophet.

PNM Tobago Council political leader Tracy Davidson-Celestine could not be reached for comment.