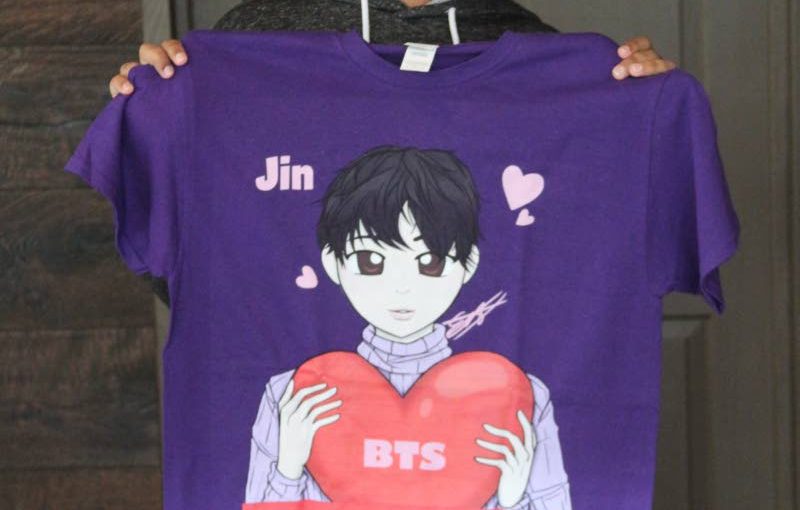 She may only be 14 years old but artist Enya Hudson already has a small business selling drawings of fan art from anime shows, her own characters, and the members of the K-pop band BTS.

She printed her drawings on tote bangs, t-shirts, buttons, note books, postcards and stickers, and has been selling them at pop-up markets for the past year.

Hudson started drawing stick figures on her school books at the age of two. Her teachers never stopped her so she continued. A few months later she started watching the anime TV shows Pokemon and Naruto and she fell in love with the big eyes and crazy colours of the characters. “I liked the way that their faces looked, that their natural hair colour could be blue instead of black, brown, and blond. I liked it better than realistic drawings.” 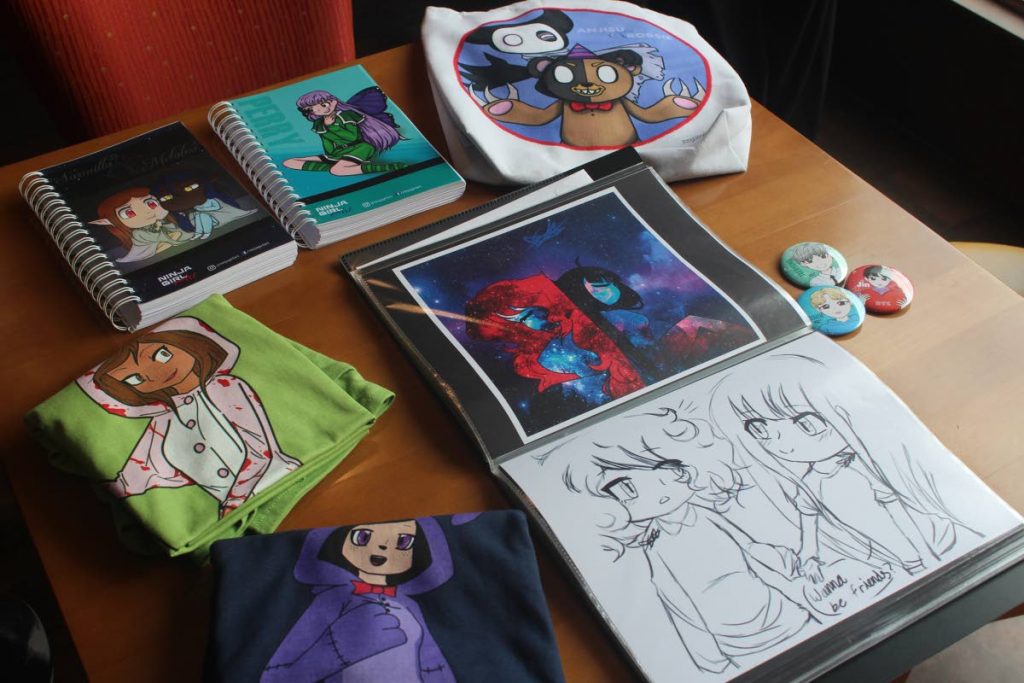 She said at first she just liked the look of the characters but not necessarily the shows themselves. Now, however, she likes everything about Japanese animation (anime). At that time, she started drawing fan art, the characters she saw on the shows. She later taught herself to draw digitally and started developing characters from her own imagination.

She added that she still did both traditional and digital drawings. She said she found it easier to do traditional drawings but the bulk of her work was now digital because they were easier to post online on her Facebook and Instagram pages, Ninja Girl Art.

One of Hudson’s main characters is Scarlet, a red haired alien which was one of the first characters she made. Scarlet started as a gaming character whose appearance she modified. She liked Scarlet so much that she began to draw her, initially with pale skin and later with a darker complexion. 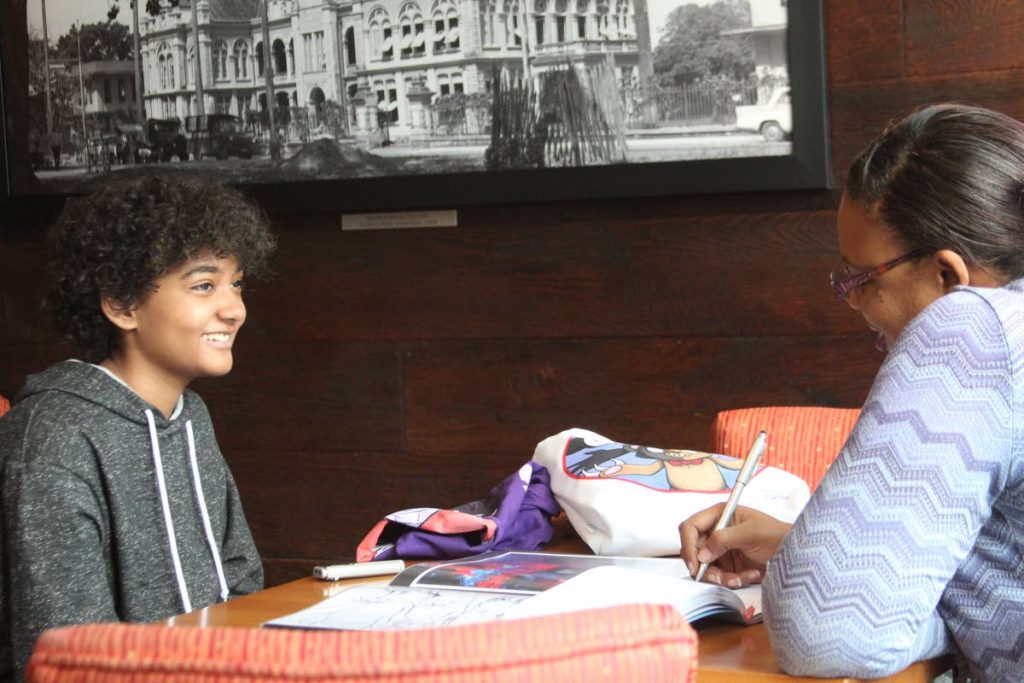 Another character was Daiyu, a Chinese girl who is a friend of Scarlet.

Hudson said while Scarlet had emotions, she rarely reacted to them. However, she showed more emotions around Daiyu, the first ‘thing’ she cared for on earth. Daiyu, on the other hand, used to be a shy people-pleaser because of her upbringing but that was until she met Scarlet. Since then Daiyu became more open to new experiences, specially as she had to learn how to fight if she wanted to travel with Scarlet.

She said as she got more into anime, both the shows and the video games, she saw different types of people and felt more comfortable drawing different skin tones and body types and so evolved a few of her characters. “Most of my human characters turn out to be Asian. I don’t know why. And I don’t want to make characters just for the sake of being different because then I won’t care about them.” 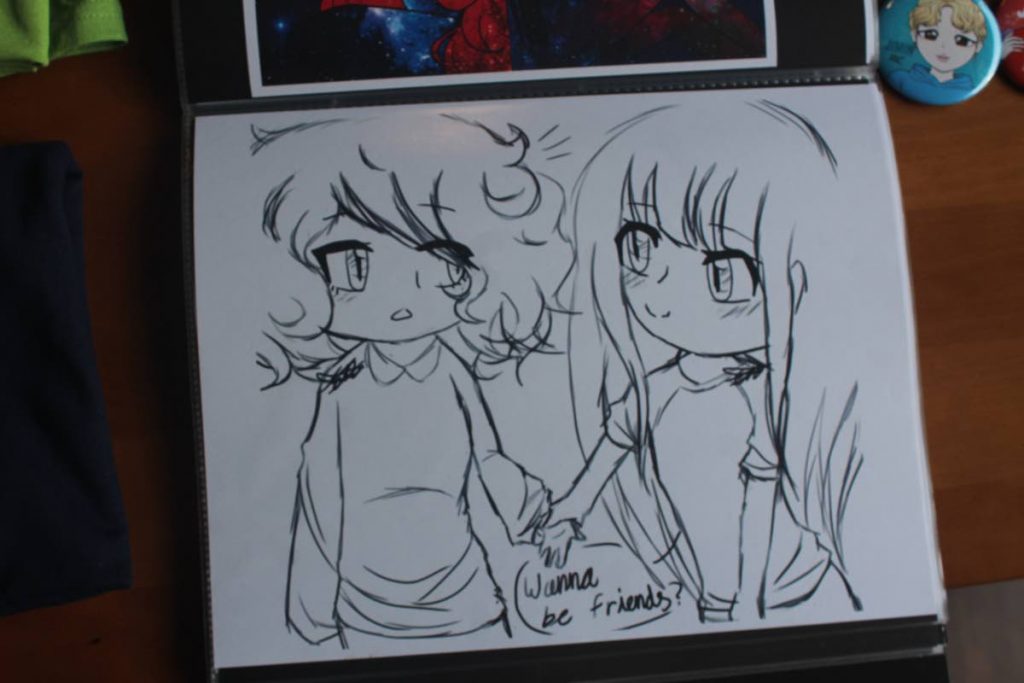 Hudson told WMN printing her drawings on items was her mother’s idea. Her mother, Sharla Hudson, who is also an artist, took one of her drawings and printed it on a t-shirt. She liked how it looked and they have been printing t-shirts and other items ever since. Hudson said there was a basic interest in all the merchandise but so far the bags, notebooks and postcards were the best sellers. She was also commissioned by a couple, who saw some of her drawings online, to draw two anime characters for matching tattoos.

Despite her business, Hudson said she would like to be an animator, like her father, but with the Japanese style of drawing. Ideally she would like to create either a comic book or TV show with her original characters.

Hudson’s creations will be available for purchase at the ALIAS Entertainment Expo at the Centre of Excellence in Macoya from July 27 to 29.

Sun Jul 1 , 2018
BC PIRES reviews Barbara Jenkins’ novel De Rightest Place The longer and more eagerly you wait for something, the greater the chance of disappointment. With 17 years between Use Your Illusion and their next album, for example, Guns ‘N’ Roses extended their fans’ breathless anticipation for so very long that […]