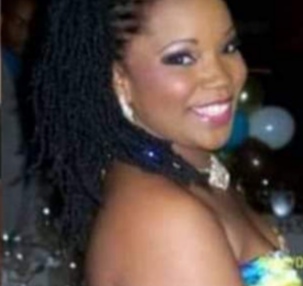 Homicide investigators are continuing their investigations into the murder of a 26-year-old pregnant woman, after interviewing two men who were expected to meet with her minutes earlier.

Rizanne Roach Lucas was shot dead while waiting in a car at Todd’s Station Road, Talparo, at around midday on Wednesday.

Two men who were expected to meet her to discuss a land transaction found her body and called the police.

Newsday visited a house on De La Marre Avenue, Trincity, on Thursday morning where Lucas reportedly lived, but a woman said via the intercom that no one was available to speak.

Police said statements by the men were recorded and sent to the Homicide Bureau of Investigations Region III.

The men were not detained, as up to Thursday afternoon there was no evidence to indicate they were involved in the murder .

Newsday spoke to a senior officer who stressed the need for businesspeople and clients to meet in public places or police stations to carry out any transactions.

Citing the murder of Princes Town mechanic Kishoan Ramlogan, who was killed in October while meeting a man pretending to be a customer, the officer pleaded with the public to carefully consider the risk of meeting strangers and take precautions to protect themselves.

“We try to encourage people to be as cautious as they possibly could before meeting with someone they just happen to interact with on social media.

“We have seen instances where people go in some very lonely places, sometimes practically in the bushes, to meet with a customer or retailer and we wonder why they do this.

“There is nothing wrong with asking a potential customer or retailer to meet you in a police station.

“Also, be wary of deals that may be too good to be true.”

Sources said Lucas’s body was taken to the Forensic Science Centre, St James, on Thursday for storage and will be swabbed for covid19.

One source said while the autopsy would have normally been done next Wednesday, they suspect it may take longer, as the Caribbean Public Health Authority (CARPHA), which normally tests the samples for covid19, has closed off for the year.

Samples for covid19 testing will be done by the Mt Hope Hospital until January 5, when testing resumes at CARPHA.