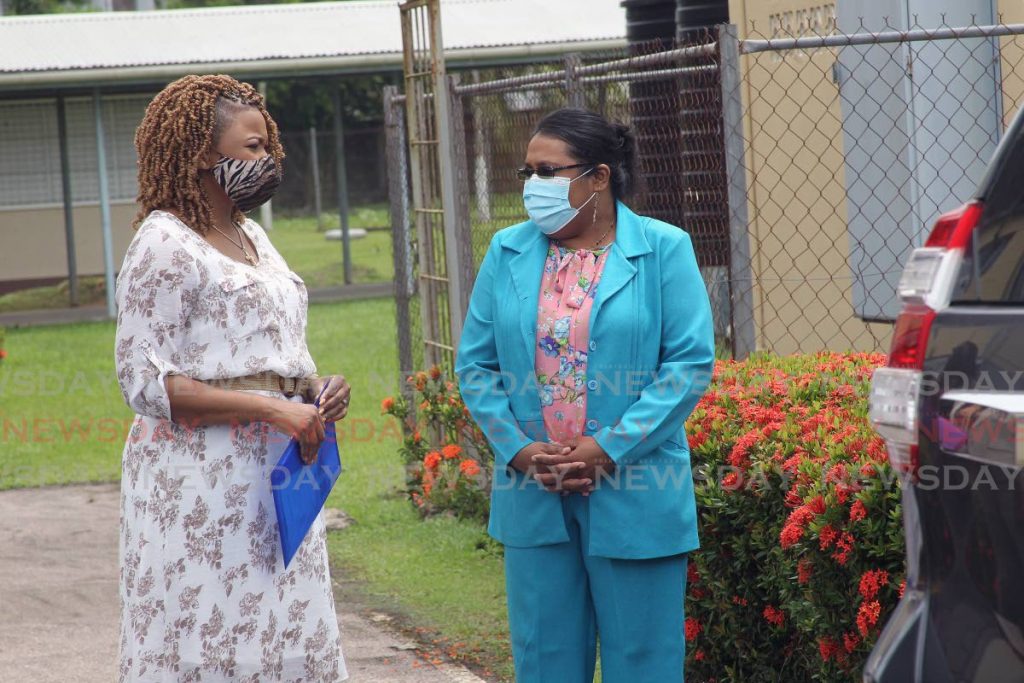 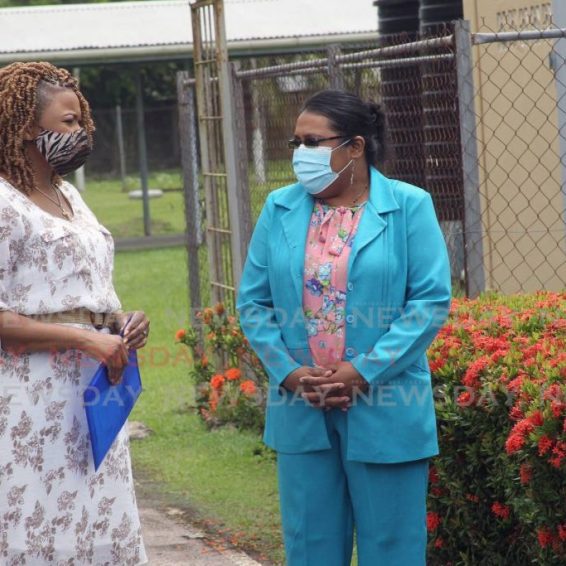 Education Minister Dr Nyan Gadsby-Dolly is assuring the parents of both unvaccinated and vaccinated forms four-six students that it is safe to send their children to school.

Gadsby-Dolly gave the assurance on Monday while visiting schools in central Trinidad to observe their safety protocols, and chat with students, as unvaccinated and vaccinated forms four-six students physically returned to school on Monday.

After speaking to a form four class at ASJA Boys’ College in Charlieville, Gadsby-Dolly told Newsday her ministry is confident that they have laid the groundwork for students to return safely to physical schooling.

She said, “I want to say to parents that the Ministry is doing everything on our side to ensure that our students are safe…the schools and teachers are working hard.

“Our focus is to keep schools open and keep our students safe at the same time. We have worked with stakeholders to get our schools to a point of safety.

“All of the (safety) measures have been put in place and they are being kept to keep our students in place.”

Form 4 students at ASJA Boys college washing their hands as they move to another classroom. – Photo by Lincoln Holder

But while several types of safety measures are in place at each school, Gadsby-Dolly reminded parents and particularly students that the onus is on them to ensure the measures are followed.

ASJA Boys’ College is one of the schools which have implemented a rotation system to manage the number of students at the school at any given time.

During Newsday’s visit therel on Monday, there were several forms four and six classes in session.

It was noticeable that the classes were spread out between different school blocks to deter congregation and mixing of students from different forms.

Explaining the school’s system to Newsday, principal Nawaz Mohamed said, “As more and more students take the opportunity to come out, we will have that challenge of ensuring that are not congregated too closely to each other.

“So we are having a rostered approach, where certain classes will be coming out on certain days.

“We are happy to have the students out, and we know that it’s something that is going to be beneficial for them moving forward. As much as there are benefits for online learning, and it is here to stay, you cannot replace having that physical ability to do labs and practical.”

She said all the schools reported a high student turnout which was, as expected, larger than the turnout seen in the previous weeks, when only vaccinated students participated in physical schooling.

UNC MP: What is Hinds doing to prevent further tragedies at sea?

She econfirmed, “All of the schools reported today (Monday) that their turnout was greater than the last few weeks.

“At ASJA Boys’ and Girls’– the denominational schools – we would have gathered that their turnout was pretty good in the past few weeks, but they had more students today.

“At the government secondary schools, there is a marked difference in terms of the turnout.”

While happy to see so many form four-six students, Gadsby-Dolly hopes more students will be able to come to school in the near future.

She told Newsday, “We (at the ministry) look forward to more students being able to come out to physical school even as we keep the online and the learning that we have there, because that builds resilience into our education system.

“But our children need physical school and we look forward to that for them.

“We are looking at January, which is the start of term one, for our forms-three to come into rotation.”

As the ministry monitors the physical return of these students, Gadsby-Dolly said it will then decide on a way forward for primary school students, especially standard five students who will be sitting the 2022 Secondary Entrance Assessment exam.