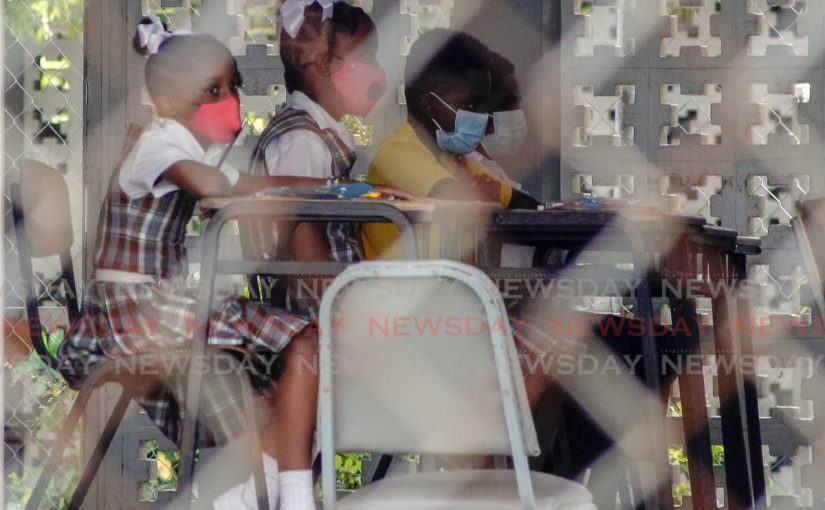 ECCE, Stds 1-4 students back to physical classes in April

The Ministry of Education has announced Early Childhood Care and Education (ECCE) and standards one-four students will return to the physical classroom in April (term three).

In a release on Wednesday, the ministry announced several measures regarding the reopening of schools in January.

It said ECCE students and standards one-four students will resume physical attendance, on a rotation basis.

Primary schools will continue to operate remotely in term two (which starts in January), except for standard five students who will attend school physically from February.

ECCE, primary school, and lower secondary form students have been attending virtual classes since March 2020 when the government first announced lockdown measures with the arrival of the covid19 virus.

The statement also said post-secondary and tertiary students will be allowed to attend physical classes for teaching and practicals from January 2022.

It also confirmed students in forms one-three will return to the physical classroom in February 2022, on a rotation basis, adding students will continue in remote learning in January to allow schools time to plan for their return.

In recent weeks, the ministry has been in talks with stakeholders about the possible return of forms one-three students to the physical classroom in term two.

“All students of forms four-six or equivalent will attend school physically for teaching classes, practicals and school-based assessments from January 2, 2022,” it said.

“Ministry officials, led by Gadsby-Dolly and Minister in the Ministry of Education Lisa Morris-Julian, met with the TT Unified Teachers Association (TTUTA) and the wider stakeholder groups on November 25 and 26 respectively, and again with TTUTA on December 10 regarding operations of schools in term two.

It said the major concerns were centred on ensuring the safety of the children while maintaining the quality of their education.

“The number of positive covid19 cases among staff and students at schools throughout Trinidad for the period October 4–December 10, when students and staff were in physical attendance at school, was 162, which agrees with global reports that physical school has not been proven to cause significant rises in the level of covid19 infections within countries.

“Principals, students, staff and parents have been cooperating with the Ministries of Education and Health to keep schools as safe as possible.”

It said the United Nations International Children’s Emergency Fund (Unicef) in a December 18 article, said schools should be the last to close even with rising covid19 infection rates and increasing omicron cases.

The ministry said, along with providing sinks throughout school compounds for handwashing, free-standing and handheld temperature scanners, cleaning and sanitisation materials, and the implementation of entry protocols, other measures have been instituted to ensure student safety.

The ministry also announced that the Secondary Entrance Assessment (SEA) exam will be held on March 31. It said delaying this exam, as was done in 2020 and 2021, results in many challenges including difficulties in administering the Caribbean Examination Council (CXC) and SEA exams concurrently.

There were also challenges, it said, in the uncertainty of students with transfer applications and the results of SEA reviews which may result in students switching schools while already enrolled in form one.

“Though we are forging ahead towards normalcy, we must be mindful that we are still operating in a pandemic, and all decisions must be contextualised by this reality.

“These proposed plans are predicated on the health circumstances of Trinidad and Tobago, and further details of physical attendance will be released after consultation with stakeholders.

“The Government holds out to parents that covid19 vaccines are available and continue to be the best protection against becoming grievously ill if students contract the virus. Parents are therefore strongly encouraged to vaccinate their children as they return to the classroom.”

Covid19 vaccines are currently available for children 12 years and over.