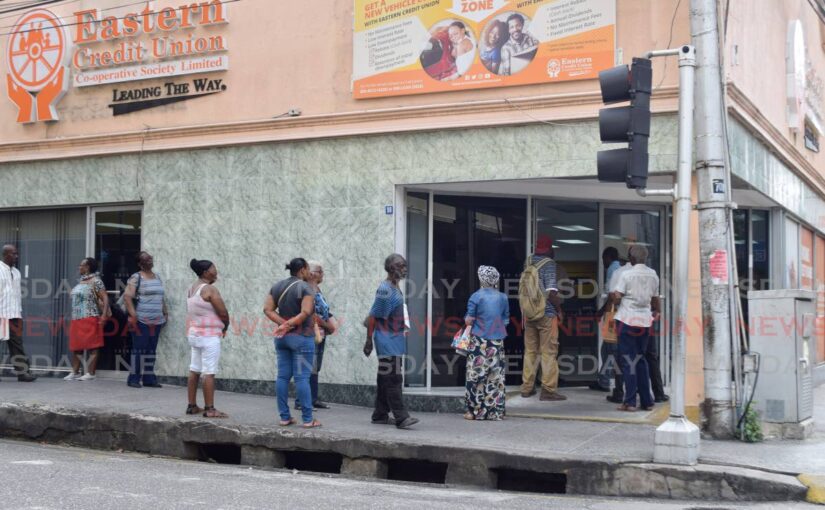 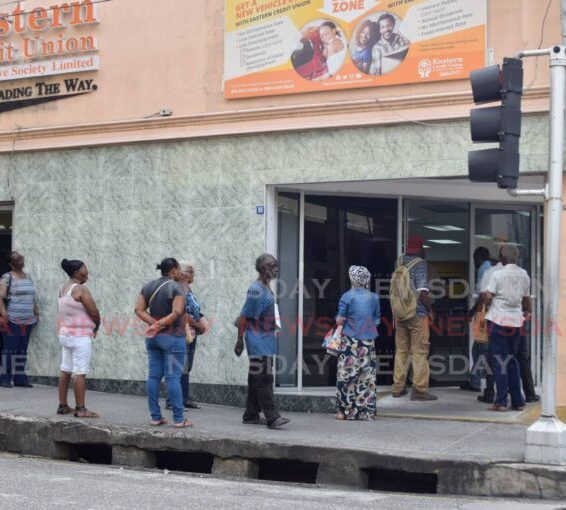 In this file photo, customers line up outside of Eastern Credit Union Park Street, Port of Spain. – Photo by Vidya Thurab

EASTERN Credit Union’s executive capitulated to the instructions of the Commissioner of Co-operative Development to reverse a veto which led to two directors being suspended and deemed ineligible for election at its annual general meeting on Saturday.

On Friday, attorneys for Commissioner Charmaine McMillan wrote to the credit union’s executive to corrected alleged illegal actions. They warned if the executive failed to do so, the commissioner will approach the High Court for an injunction to stop the election of directors which was carded for Saturday’s AGM.

The credit union was given until 4 pm on Friday, to abide by the directions.

Newsday understands the credit union capitulated and the names of the two directors, Kendra Persad and Wayne Estrada, were put up for election and were elected at Saturday’s AGM.

In their letter on behalf of McMillan, the attorneys pointed to several complaints she received concerning the process by which several potential nominees were rendered ineligible to stand or be nominated for election because of their alleged suspensions.

In the letter, Narinesingh said the commissioner received complaints of an alleged deliberate flouting of the ECU’s bye-laws and policies; alleged abuse of process and authority and alleged usurping of powers as it related to the nomination process.

The commissioner has general powers of supervision of the affairs of societies under the Co-Operative Societies Act, and disputes are referred to that office for resolution.

Narinesingh said a notice for the AGM was posted on the ECU’s website for 9 am on November 13, with the election of officers being one of the items on the agenda.

She said under the credit union’s bye-laws, the nomination committee had the duty to select suitable members who were willing to be considered to the board, credit, and supervisory committees.

“There is no power to veto the nominating committee’s selections,” she maintained.

The letter said the commissioner received complaints of several alleged breaches and was also advised of alleged unlawful decisions to remove a director while also sidelining other directors. Both Persad and Estrada were suspended and their names taken off as nominees for Saturday’s election of officers.

The attorney said the alleged removal of a director was in direct contravention of the ECU’s bye-laws, adding that McMillan was asked to investigate the complaints of alleged unethical conduct.

Narinesingh said the commissioner has already started a preliminary investigation, warning that if the election proceeded without the two directors, without their nomianations being recognised, the process could have been rendered worthless and the two would have been “effectively be removed from office without the due process.”

She also said McMillan will be impeded from carrying out her investigations.

“…And more importantly the interest of the members of the ECU will not be protected in that their rights to vote for a candidate as nominated will be summarily removed from them.”

The attorney said it would be in the interest of the ECU and its members that the election of officers not be permitted to take place where all the nominees are not presented at the AGM for election unless the names of the two suspended directors were included in the vote.

“Our client regards this as a very serious matter in which the shareholders of the ECU must be given the right to exercise their franchise.

“Further the board, my client has been advised, has no authority to prevent a nominated person from being offered for election.”