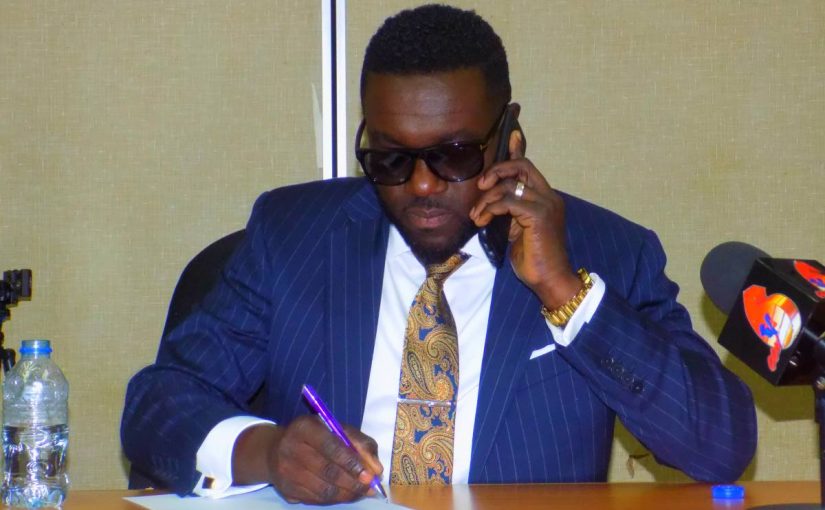 PUT $15,000 in public servants’ accounts by the end of August 2018. This was the demand made by president of the Public Services Association Watson Duke yesterday after refusing a zero per cent offer from the Chief Personal Officer (CPO) in May.

Duke made the demand at a news conference held at PSA’s headquarters on Abercromby Street, Port of Spain.

He called on the Minister of Finance, CPO, and employers on behalf of the working class to straighten things out in the shortest time frame.

“As an act of understanding the suffering of the man on the ground, deposit in each of these 80,000 persons accounts, $15,000 by August month-end. It is a simple back pay from 2010 to present. The average back pay is over $20,000 for a three-year period. Now we are saying, based on the inflationary rate, we are saying at the minimum, give workers $15,000 as an ex-gratia payment towards their arrears owed to them from 2010 right up to 2018.

“That is a reasonable offer. We have done our homework. Just as a loan, it will cost them $1.2 billion. That’s a lump-sum payment.

“They can always go back to the drawing board after to work it out. This ought to be paid by August 31, given the fact that the financial year closes around this period.”

Duke said the government must accept the “reasonable offer” and must return to the National Tripartite Advisory Council for serious discussions to take place.

He said given the fact three years have passed since the PNM took office, and spent budgetary allocations of an estimated $180 billion, it was time to give public servants something.

“We have thousands of public servants who between 2010 to 2013, who are yet to settle – among them the Betting Levy Board, Civil Aviation and the Chaguaramas Development Authority – and among them 100 per cent of the workers, 80 per cent civil servants between 2014 to 2015 who have not received a single cent.

Tue Jul 31 , 2018
Two years after multi-national steel company ArcelorMittal shut down its operation in Pt Lisas, a new company – Macarri Steel Holdings Ltd (MSH) – wants to buy those assets and revitalise TT’s steel industry. The proposal has the full support of the Couva/Point Lisas Chamber of Commerce (CPCC) and the […]