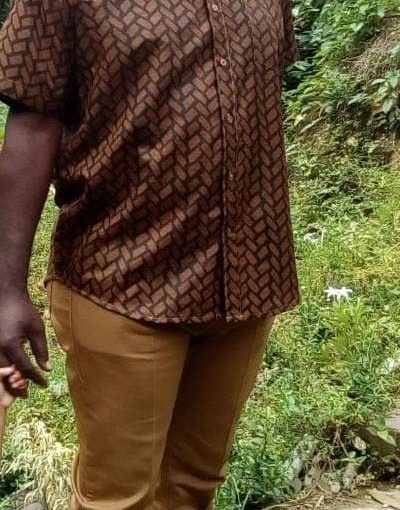 Driver praises pensioner who died trying to save her children

PENSIONER Patrice “Neto” George has been described as a hero by his niece Shervon George, after he died while trying to save his great-niece and great-nephew in a runaway car.

“He is a hero, nothing less. He tried his best and it did not work,” George told Newsday.

Police said that at around 7.30 am on Thursday, a 29-year-old woman parked her car on an access road off Upper Dibe Road, St James and went to a friend’s house. Inside the car were her two children – her nine-year-old son and four-year-old his sister.

George, 60, who lived in the area, saw the car moving towards a river at the side of the road and tried to stop the car. It fell some five feet into the river, pinning George below.

Shervon said her uncle, who retired from the Diego Martin Regional Corporation earlier this year, planned on enjoying his retirement with his family.

She said he was the father of three daughters and grandfather of four and described him as an “amazing man” who was family oriented.

George said she could not speak for the entire family, however, she was not judging the woman and was not “treating her any type of way” after the incident.

She said her uncle and the rest of the family had planned to spend Friday night at the home of a relative in Curepe to celebrate a birthday but instead gathered for the first night of George’s vigil.

The driver of the car said she thought she had put the car in park when she exited.

“Neto was talking to them children and me and I put the car in N (neutral) and pull up the handbrakes. I probably forget to put it in park. I came out the car and went by a neighbour because I was trying to get on to their brother as a favour.”

The woman said she was in the road and the neighbour called her inside.

“While I inside I heard my son shout out ‘Mammy! Mammy! The car moving.’ I ran out and start to scream because my daughter was still inside the car. My son had already jumped out the car. He tried to take his sister out but couldn’t in time.”

Her daughter escaped with a scrape on her foot, she said. Both children were in shock for a while and could not speak until late Thursday evening. She said up to Friday, when Sunday Newsday spoke with her, she did not tell the children George died.

She said she just screamed watched in horror as her car fell into the river with her daughter inside. Two men jumped on the car and pulled her daughter out, she said.

They noticed George pinned under the car and with the help of residents managed to pull him out.

“I am not functioning well right now. I can’t eat, I can’t sleep. This is not a good feeling at all. I am not blaming myself.”

Members of the Child Protection Unit interviewed the children and their mother on Thursday and offered counselling to the children.

The woman said while she does not blame herself, she is sorry for what happened.

“Neto and I had a good relationship. I haven’t spoken to the family as yet. I am at a loss for words right now.”

The post Driver praises pensioner who died trying to save her children appeared first on Trinidad and Tobago Newsday.