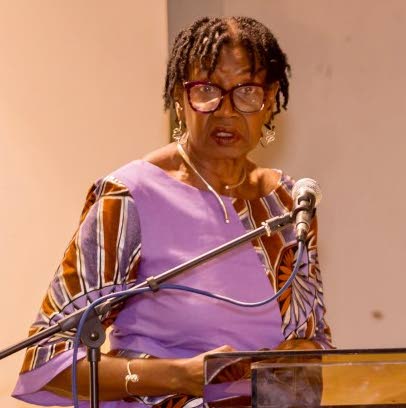 HISTORIAN and Newsday columnist Dr Rita Pemberton will be sharing her knowledge on November 12 at a virtual lecture series titled From Vlissingen to Niew Walcheren: The Dutch Presence in Tobago and the West Indies.

The four-part series, which begins November 5, is being organised by the Dutch Embassy in TT, in collaboration with the Scarborough Harbour /1677 Rockley Bay Research Project, National Trust, Philipsburg Jubilee Library in Sint Maarten and Tobago Library Services.

The series gets under way on November 5 with Dr Kroum Batchvarov, associate professor and head, Maritime Archaeology, University of Connecticut. Pemberton, a former head of the Department of History, UWI, St Augustine, will be featured next.

Pemberton is expected to provide in-depth historical analysis of Tobago, once considered a gem during the colonial days.

Battle for the island can be traced to the First Peoples, followed by fight for colonial power by the Spanish, Dutch, Courlanders (Latvians), French and British during the 17th century and beyond.

In past columns, Pemberton discussed how each colonial power attempted to stamp their influence through the renaming of places.