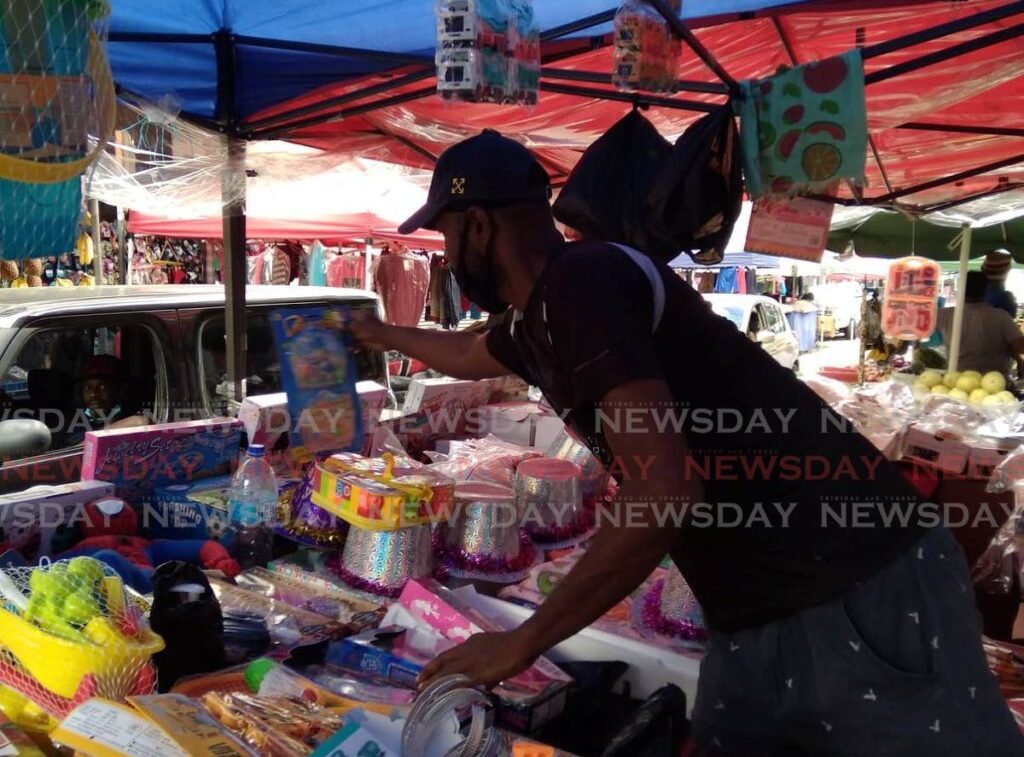 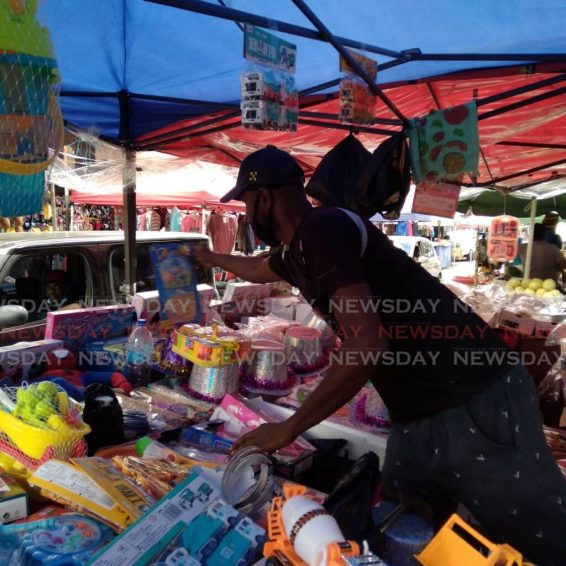 News
Vendor Franka Rashid organises slippers at her stall at the corner of Queen and Charlotte Streets, Port of Spain on Monday – Shane Superville

It was a quiet holiday in downtown Port of Spain on Monday as vendors complained of slow sales.

Newsday visited Henry and Charlotte Streets as roadside vendors sat with their wares with few passers by available to take interest.

One vendor Franka Rashida who sold slippers and underwear at the corner of Queen and Charlotte streets, told Newsday that it was the lowest turnout of shoppers she had seen in years and blamed crime in the city for the empty streets.

“A few years ago we wouldn’t have been able to stand here without having to move for people to pass on the pavements and so on and look how empty it is today.

“A lot of people aren’t comfortable coming to the city any more with all the crime and robberies that happen around here.

“It’s definitely one of the slower years I’ve seen in recent times.”

Another vendor David Nedd disagreed saying he felt the recent foot patrols from the Port of Spain City Police and other units were enough to dissuade criminals from coming into the commercial districts.

He added that he felt the low turnout might be because of continued financial difficulties as a result of the pandemic.

“I myself facing a lot of challenges just to come out and set up shop here so I can only imagine how it is for other people.

“A lot of people would have gotten paid late and they also have to deal with mounting bills so they won’t be able to come out and do the kind of Old Year’s shopping they hoped for.”

One store manager on Frederick Street who asked not to be named said his store was closing early as a result of the slow sales and said most exchanges for gift items were done on Sunday.