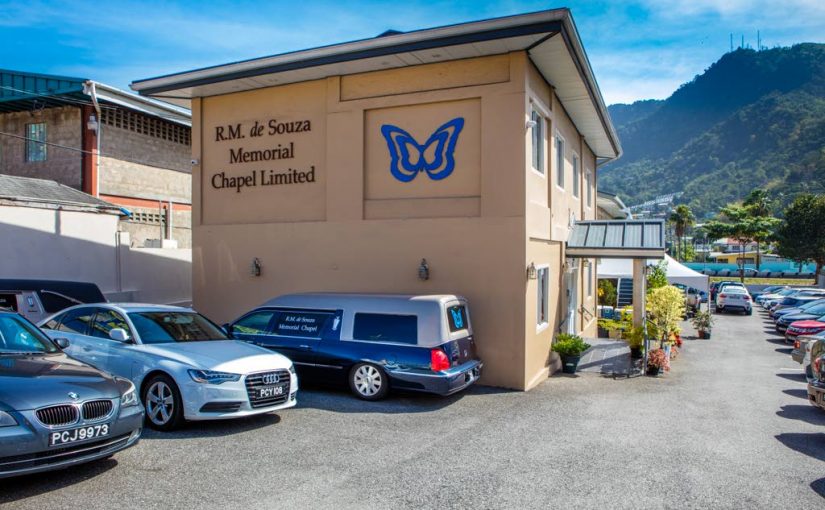 A funeral home on the Diego Martin Main Road is moving ahead with plans to build a crematorium before the end of the year, but some residents remain concerned about possible health impacts.

RM de Souza Memorial Chapel Ltd managing director Sharon de Souza, in a brief telephone interview, said the company had received all the required approvals and the crematorium was a work in progress.

“If not by September, by the end of the year.”

De Souza had previously said the project had been planned for some time now.

”We did the necessary applications through the appropriate channels and we received our CEC (Certificate of Environmental Clearance), as well as a document from the EMA (Environmental Management Authority) highlighting potential hazards and ways to prevent against this.”

In January, resident Janice Learmond-Criqui spoke to Newsday and raised concerns about what she described as a lack of consultation and the potential health and environmental impacts of the project.

In a telephone interview on Tuesday, she said the system was broken and asked how the EMA could have given approval to a funeral home for a crematorium on a main road, near food outlets and opposite a kindergarten.

“How could you allow a crematorium in a busy part of the Diego Martin Main Road?”

Where are the cameras?: Homicide investigators not aware of CCTV at boardwalk

Tue Jul 10 , 2018
Senior investigators in the Homicide Bureau Region 1 said they were not aware of any CCTV cameras around the Chaguaramas Boardwalk, as they continued inquiries into Sunday’s triple murder. Speaking with Newsday this afternoon, investigators said they did not see any cameras near where the shooting happened, but were continuing […]