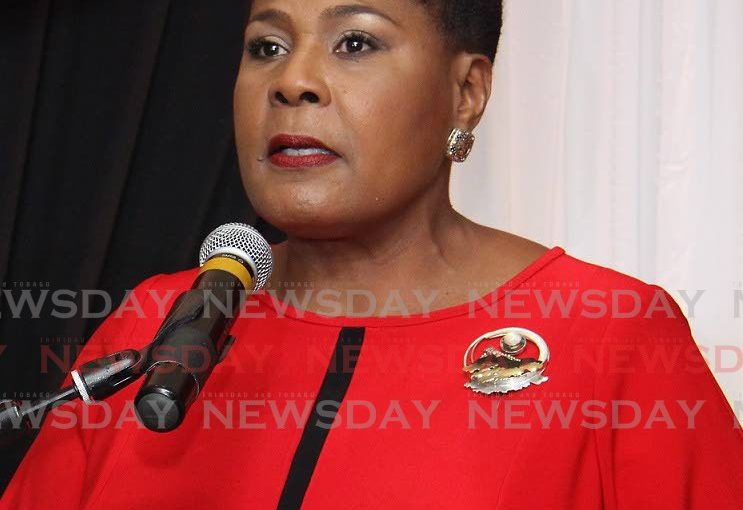 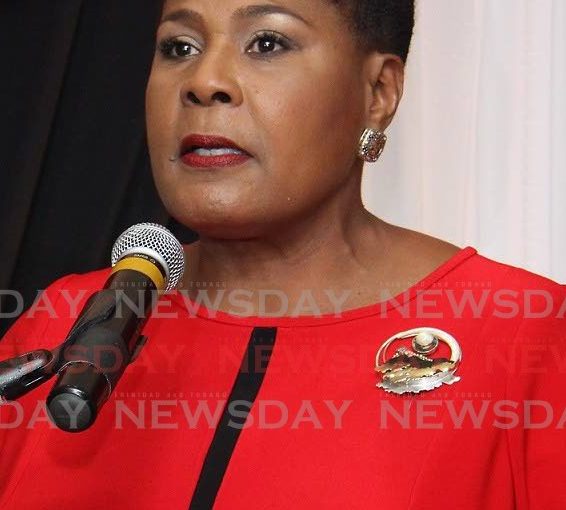 President Paula-Mae Weekes raised concerns about a 2021 legal notice on her role in the acting police commissioner appointment process. – Photo by Angelo Marcelle

President Paula-Mae Weekes is expected to clear the air on whether she received an Order of Merit List with the top seven candidates selected by the Police Service Commission (PSC) to be considered by the House of Representatives for the post of Commissioner of Police on Sunday.

The Office of the President has taken out a full-page ad in the three daily newspapers in response to repeated calls from the Opposition and senior lawyers to say if a politician, possibly the Prime Minister, intervened on August 12 to block the Order of Merit List from moving forward.

The Prime Minister said on Saturday that he had forwarded the minutes of a National Security Council (NSC) meeting to the PSC based on information that came to him as chairman of the NSC and a sub-unit of the NSC.

Newsday understands that the information referred to by the Prime Minister concerns the issuance of over 100 semi-automatic weapons to civilians and the allegations of corruption in the approval of over 5,000 firearm user’s permits under the three-year tenure of the CoP.

It was based on that information that the NSC appointed retired Coast Guard commander Hayden Pritchard and retired Snr Supt Arthur Barrington to investigate the allegations. That report was also submitted to the PSC which in turn appointed retired judge Stanley John to conduct another investigation which is not yet complete.

There is a strict embargo on the contents of the ad where no part of it can be referred to in any news article in print, or on social media until Monday.

The mystery over whether the Order of Merit List was completed and submitted to the President got murkier when a detailed examination of affidavits filed by the Office of the Director of Personnel Administration in two separate cases against the PSC seemed to be at odds on whether the President got the list.

The Opposition has filed a motion seeking to get the approval of the joint houses of Parliament to set up a tribunal to investigate the President over her inaction on the Order of Merit List.

According to an affidavit, dated September 27, sworn to by acting Deputy Director of Personnel Administration Helen Warner in the judicial review lawsuit filed by Anand Ramesar against the PSC over its decision to reject his application for the post of CoP on the basis that he lacked the required experience, the Order of Merit List was not submitted to the President.

But in another affidavit, also dated September 27, this time filed by acting Director of Personnel Administration Corey Harrison in the interpretation summons filed by social activist Ravi Balgobin Maharaj against the PSC, the “list of nominees” shortlisted by the PSC for the post of CoP was submitted to the President on August 12.

Both Warner and Harrison work in the same office and are custodians of confidential files of the PSC and deposed statements in defence of the PSC.

According to Warner’s affidavit, 30 people applied for the post of CoP by July 20 but three candidates were rejected after an initial screening.

Newsday understands the PSC initially shortlisted seven people for the post of CoP in an Order of Merit List with Gary Griffith emerging on top. The six other candidates, not in order of the merit list are – ACPs Erla Christopher, Wendell Williams, Yusuff Gaffar, Andre Norton, acting Col Sheldon Ramanan, a former chief legal officer of the Defence Force, and security consultant Jason Francis.

The following paragraph said: “The Police Service Commission will finalise its Merit List when the security report is available because not only is it duty bound to act with alacrity but it is not in the public interest nor good for the morale of the police service that there is not a substantive holder of police commissioner.”

Warner went on to say that the need of the substantive CoP “is all the more necessary…because of the existence of a state of emergency existing in the country, because of the additional need for law enforcement in light of the covid19 pandemic regulations and continuing high level of crime in the country.”

In Harrison’s affidavit, he said by August 9 the PSC had completed its assessment and vetting of the seven shortlisted candidates for the post of CoP. He said on the same day the Legal Notice 183 – the latest amendment to the legislation governing the appointment of a CoP and deputy commissioners – was approved, June 17, the PSC met and agreed on the advertisement for the vacancy to be issued.

According to paragraph eight of his affidavit, Harrison said: “A list of nominees was submitted to Her Excellency on 12th August, 2021. There was no delay by the commission in carrying out its exercise given the date of the issuance of the 2021 order. It was done in less than two months.”

He said later on that on August 12, the PSC also submitted a list of nominees to the President to appoint someone to act as CoP with effect from August 17, the day after Griffith’s three-year contract expired.

Newsday understands that there were two names on that list – Griffith and DCP McDonald Jacob.

Attached to Harrison’s affidavit is a letter from the President in which she raised serious concerns about paragraph four of the Legal Notice 183, which for the first time allowed the PSC to appoint someone who had been on contract to the post of acting CoP.

According to the President’s letter, dated August 13, to the then chairman of the PSC Bliss Seepersad, she said upon reading, paragraph four “raised for me immediate concern, as nowhere within its four walls does it set out any role or function, power or authority in the President. The President, being a creature of statute, has no inherent jurisdiction and must find all power and authority within some law. I have found none beyond receiving the relevant list.”

“A further concern in considering whether paragraph 4 was to be taken by implication to mean that the President should select one of the nominees, was that the legislation does not provide any guidance, parameters or information of which the President should be seized before making a selection. Presidential discretion could hardly be exercised on ‘town say’ or other arbitrary method,” Weekes said.

Paragraph 3(b) of Legal Notice 103 of 2009 states that the PSC can appoint a person to act as CoP where “the office of the Commissioner of Police is vacant for whatever reason and the appointment of his successor is pending.”

“I can only conclude that in his wisdom the draughtsman of Legal Notice 183 of 2021 considered it desirable that the President be informed of the list from which the acting Commissioner of Police is selected.

“In the above premises, it simply remains for me to thank you for submitting the names of the nominees identified by the Police Service Commission to act as Commissioner of Police with effect from August 17, 2021,” the President said.

On Thursday, High Court judge Nadia Kangaloo ruled that the acting appointments of Griffith and Mc Donald Jacob were unconstitutional as they were not approved by the House of Representatives and struck out the paragraph four of Legal Notice 183 as being unnecessary.