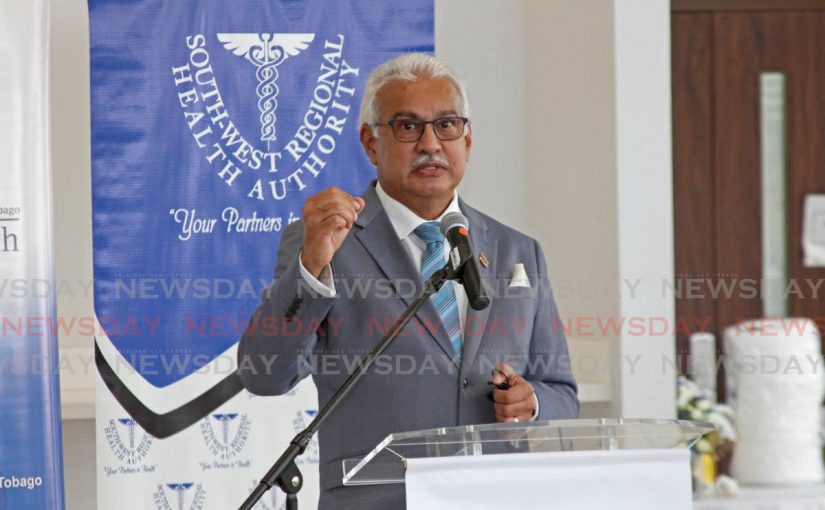 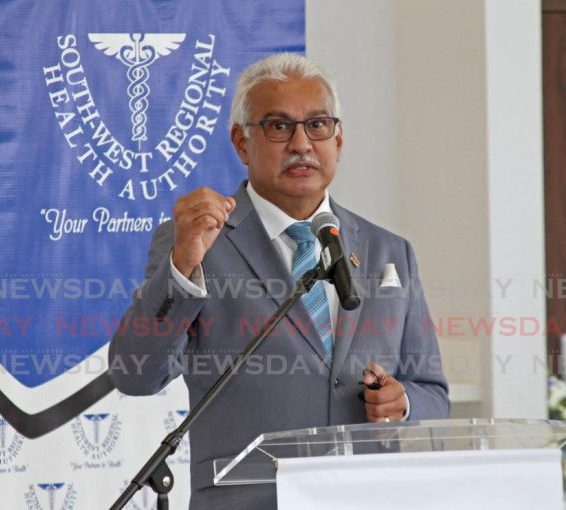 HEALTH Minister Terrence Deyalsingh said on Wednesday that the recently-ended the state of emergency (SoE) had facilitated an improvement in the country’s rate of vaccination which jumped from 22 per cent to 45 per cent of the population.

In the House of Representatives, he answered an urgent question about his plans to combat a third wave of covid19, posed by opposition chief whip David Lee for Caroni Central MP Arnold Ram. The minister recalled his warning in August that it was only a matter of time before the delta variant reached TT.

“Without the SOE we could not have initiated the hiring of 466 extra vaccinaters without touching parent legislation.” The SoE ran from May 15 to November 17.

Deyalsingh said the ministry had 300 vaccination points, including those facilitated by using a public-private partnership (PPP) model, including venues such as the Divali Nagar and NAPA.

He said the ministry had activated nine hospitals, seven step-down facilities, such that the parallel healthcare system now has 999 beds.

“Throughout this period we engaged in a robust public education campaign – the three Ws and vaccinating.” The three Ws are wear a mask, wash your hands and watch your distance from others.

“We are in talks with major pharmaceutical manufacturers for the cutting-edge drugs, whether they be antivirals or other therapeutics, and also vaccines for the children ages 5-11.

“All of this we have been doing. While we are at a vaccination rate of 45 per cent, it is still not good enough. I’d like to use this opportunity once again to urge all those who are not vaccinated to listen to the science, believe in the science and do the right thing. Continue with the three Ws, and get yourself vaccinated so we could all have a merry Christmas.”

Replying to Lee’s supplemental question as to whether TT needed international help, Deyalsingh replied, “We have always relied on international co-operation via PAHO domiciled in Trinidad, WHO, Carpha, the University of the West Indies, and other universities and experts around the world.”