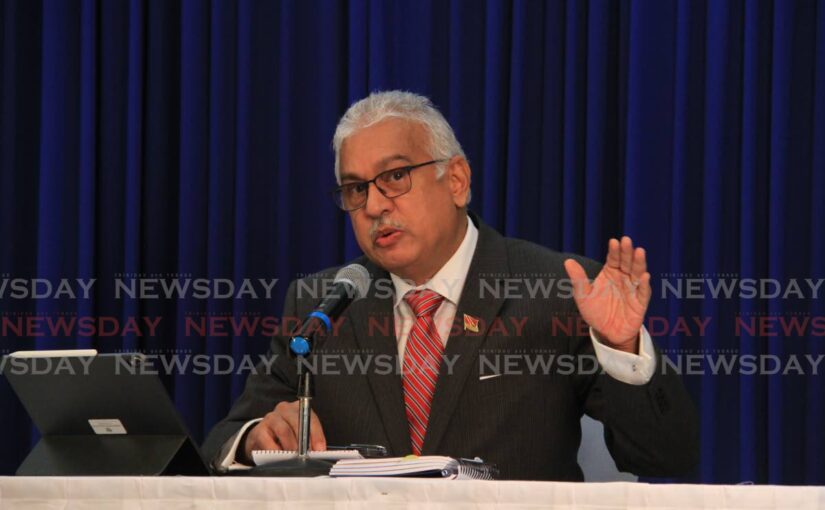 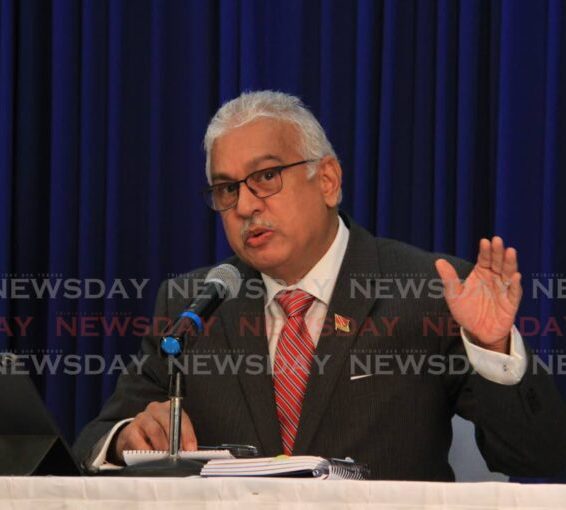 Health Minister Terrence Deyalsingh said the ministry is bracing for an upsurge in cases beginning at the end of the first week in January based on Christmas activities. He asked the population to be circumspect for the New Year so that this surge would not continue past January.

CMO Dr Roshan Parasram said there was testing capacity to accommodate the surge when it occurs.

“We do have spare capacity at this point in time. Generally when we go into large spikes you tend to find that there is a slight delay for reporting and everything that goes with it as the number of cases increases, but we are putting systems in place even at the CMOH level. We have got additional staff so we can reach out to people quickly so we can get our results to them, and looking at the entire process from swabbing all the way back to the patient to see if we can tighten that up a bit with getting additional staff into the mix, so we can clear some of the backlog that exists.”

Deyalsingh said there had been a lull in vaccination over the Christmas weekend but on Tuesday 1,742 people had taken the first shot of the vaccine. He said this level of activity had not been seen since October 18. He said 2,760 people had taken the booster shot of a total eligible population of 69,739 people.

He said the ministry was working on increasing vaccination percentage among healthcare workers. He said doctors were at 95-98 per cent vaccinated across all five regional health authorities (RHAs).

“Nurses across the board were at 65 per cent, but you would have heard Davlin Thomas say on Christmas day that in the NCRHA, healthcare workers across the board went up from 45 to 65. Before this drive, South West RHA was at 80 per cent and Eastern RHA was at 71 per cent, so they have to make incremental increases. The two RHAs we are concerned with in Trinidad are North West and North Central, as well as the Tobago RHA, which is about 50 per cent. We are going person to person, ward to ward, department to department, giving them the information so they can make an informed decision.”

Asked about why the daily covid19 update listed additional primary boosters and booster shots together, Deyalsingh said the measure had been indicated in previous media conferences.

“The figure given is a compilation of the third primary dose and the booster, as we move full speed spread into a booster programme. From next week we will be readjusting the published dashboard to indicate that. We have been getting feedback from the public and some members of the media that as the disease evolves, some information may no longer hold the importance that it used to have, for example do we need to focus on first shots, vs what the world is focusing on now, which is the fully vaccinated and the boosters? So we will be making some adjustments to our dashboard from next week but the public will be informed beforehand.”

Responding to reports that people had been turned away from getting their booster shots because they came a day or two early, Parasram said there was no clinical reason for this.

“Generally a couple of days wouldn’t make a significant difference and we have advised through the CEOS when we met with them that there needs to be some level of discretion at the healthcare workers level, if someone comes one day before they get to the six months there should be some discretion applied, but the policy does speak to six months post your second dose.”

However, Deyalsingh said there was a valid reason for this.

“Once we start to make exemptions, then all 600,000 who think they are due for their boosters will descend on us and the system will collapse. It’s not a matter of clinical judgement, it’s a matter of making sure that people come in in an orderly fashion, depending on when last they were vaccinated, because if word starts to get out that we are making exceptions, then you will have 100,000 people descending on the system at the same time and then everyone will call for my head.”

Parasram said that vaccine manufacturers Sinopharm, Moderna, and Pfizer have indicated that they are trying to repurpose their formulations to deal with the omicron variant.